Louisian-born Ederique Goudia, co-owner of Gabriel Hall, an up-and-coming Creole restaurant, bar, and music venue, put down roots on the east side of Detroit. With Gabriel Hall in the West Village, she moved to Indian Village so she could walk to the restaurant when it opened. As an East Sider, Goudia is proud of her neighborhood.

As an expert in food, music and culture with more than 20 years of experience in the restaurant industry, Goudia highlights her favorite spots on the east side. So Goudia would have a perfect day in the city she now calls home.

Goudia has a 160-pound English Mastiff dog named Bear that she walks in the morning in Erma Henderson Park on Jefferson Avenue on the banks of the Detroit River. The park was named after Erma Henderson, the first African American woman to be elected to Detroit City Council. It offers a breathtaking view of Belle Isle. Goudia is taking a break from her training.

Goudia goes to the nearby Detroit Body Garage to work out for an hour with her personal trainer Jake Schoenknecht. When the pandemic broke out, Goudia began exercising regularly, including cycling to work and horse riding several times a week, which helped her lose 30 pounds. When she lived in Indian Village, it was easy for her to drive to Belle Isle, downtown, or the Riverwalk. “It’s a great place to ride a bike,” she says. But when the temperature dropped, Goudia needed an extra boost to keep her fitness routine going, so she signed up for a personal workout. “It’s a good start to my day,” she says. Schoenknecht is also the director of Small Batch Detroit, a Detroit Food Academy program in which Goudia also serves as the class leader. You start with stability, then mobility, and then strength. She recently benched 100 pounds and deadlifted 145 pounds.

After her workout, Goudia visits the drive through at Yellow Light Coffee and Donuts in Jefferson Chalmers for the hot chicken and cucumber cookie sandwich and a cup of tea.

Goudia then heads to the location of the upcoming neighborhood grocery store to meet with Raphael Wright, who has been working since 2017 to open a full-service grocery store in an underserved community in the city. Wright and Goudia also teamed up on Taste the Diaspora, a month-long initiative launched during Black History Month to celebrate Africa’s contribution to American cuisine in highlighting the food of the African Diaspora. Each week focused on a specific cuisine including African, Caribbean, and American. Local chefs have teamed up with black farmers and food producers to curate dishes for a shoebox lunch, a nod to the grocery boxes African American travelers used during the Jim Crow era. The meals were very well received in the catering industry and sold out quickly. Based on the success of the inaugural run, the team is working to bring the initiative back for Juneteenth.

Goudia wears many hats in the local food industry, including the chef in the Upcycling Kitchen, an initiative of the non-profit organization Make Food Not Waste. Goudia leads a team to turn foods that would otherwise have ended up in a landfill into healthy meals like plant-based coconut curry and sweet potatoes stuffed with apple and turkey. The kitchen is located on Jefferson Avenue Presbyterian Church. (Disclosure: Dorothy Hernandez is on the board of Make Food Not Waste.) 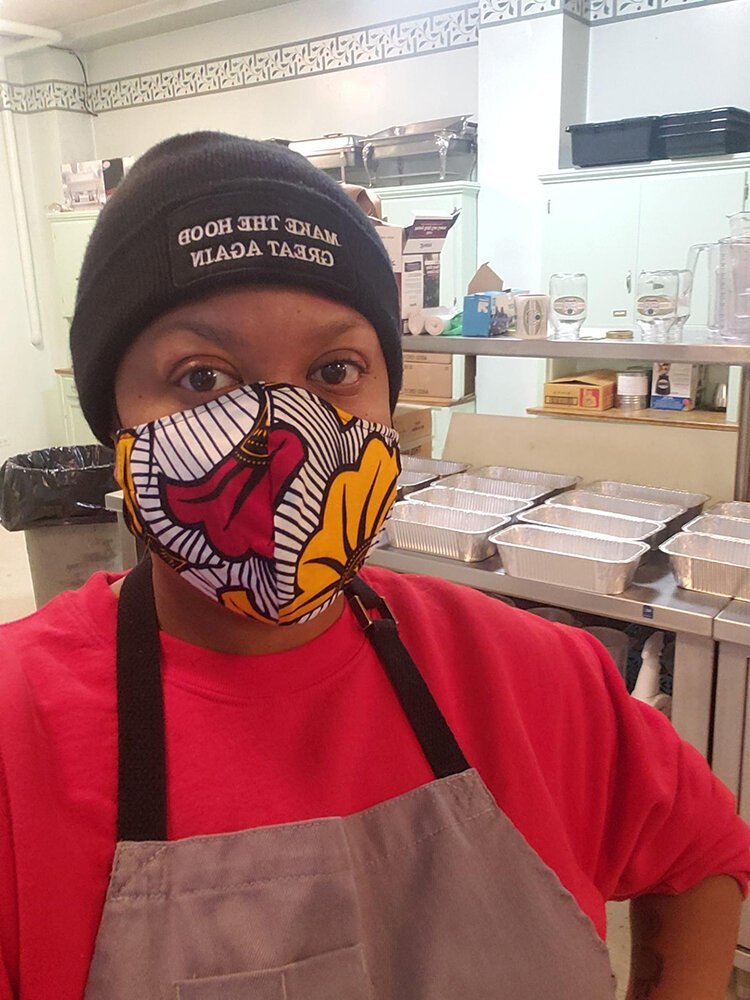 Goudia returns home to shop online and support local businesses like Leafme.co, a plant delivery service owned by blacks and women on the east side. One of her favorite plants is the Calathea Beauty Star and the White Bird of Paradise. which “‘is considered a symbol of freedom, joy and splendor’ … doesn’t that sound nice?” Goudia says about the description of the South African plant. Six months after the pandemic, she found out about the deal and bought some plants for herself and her friends. “”One of the things that I definitely focused on during the pandemic is self-care and mental health, “she says.” And so I have more green in my house and in my living space. “

After a day of meeting and cooking, it’s time to relax. Goudia goes to Rose’s Fine Food and Wine for a happy hour drink, like the Frukstereo Ciderday Night Fever, a 2017 Swedish cider.

Goudia has dinner at Smokey G’s Smokehouse in Robert C. Valade Park on the riverside. “You can’t go wrong with the brisket,” she says, adding that it’s “perfectly smoked”. She also likes the ribs and the smoked turkey leg. The meat is so good that she doesn’t even need a side dish, she says.

After a busy day exploring her community’s many unique businesses, Goudia concludes with an evening stroll on the Riverwalk.