7 Places Around Detroit With Mob Stories

If you casually walk past many of Detroit’s buildings and locations, you will never find out that they have a violent past. However, many of the city’s landmarks and attractions have grappled with organized crime.

The Mafia and its rivals, especially the Purple Gang, had their favorite spots and places where they had committed horrific crimes. Fortunately, time has largely erased the traces of criminals, and collective memory has forgotten the negative associations of the places. The fact remains, however, that these seven locations in Detroit have links to organized crime.

It should come as no surprise that Belle Isle was a stopover on rum runner trips. The island’s strategic location is ideal for smugglers looking to move goods from Windsor to Detroit. Smugglers were known to use the island for their illegal activities and they often bribed police officers and harbor masters to allow this to happen.

Unfortunately, Belle Isle proved to be the overthrow of Detroit Police Captain Joseph A. Burkheiser in April 1929. He was charged with keeping some of the alcohol he had seized in his living quarters at Belle Isle Station. Then he took the liquor to Detroit in departmental vehicles. 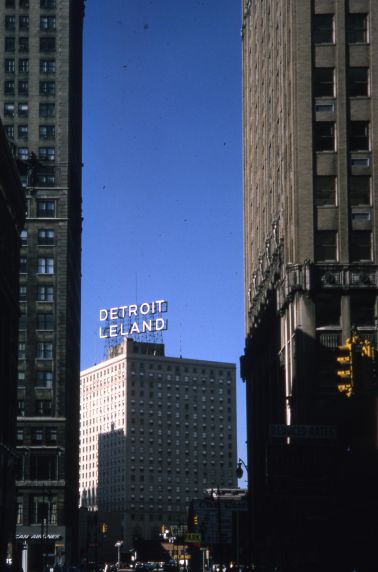 The Leland Hotel at 400 Bagley Street opened on April 20, 1927 and had 800 rooms. It was considered in a four star hotel with a nice ballroom and several shops. However, the Leland Hotel also had its fair share of gang activity. 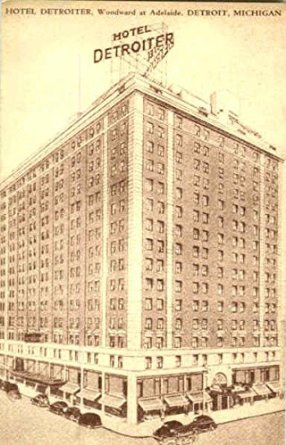 Known by several names including the Savoy Hotel and the Hotel Detroiter, Hotel La Salle was no stranger to criminal activity. It opened on September 15, 1926 as the Savoy Hotel on the corner of Woodward Avenue and Adelaide Street.

The name of the hotel was then changed to Hotel La Salle, but the name change didn’t do much for the building. Negative advertising was just around the corner.

On July 23, 1930, journalist and radio station Jerry Buckley had successfully campaigned for the recall of Detroit Mayor Charles Bowles. Bowles had done very little to fight organized crime in the city, and Buckley believed he was corrupt and incompetent. Buckley was a vocal critic of Bowles on the Air.

After Buckley left his studio on the hotel mezzanine, he was gunned down in the hotel lobby. The armed men shot Buckley 12 times. Only one bullet missed. Although Buckley’s murder has not been solved, many believe that Buckley’s connections to the underworld, rather than his criticism of Mayor Bowles, killed him.

Rumors swirled that Buckley had ties to Detroit mob bosses and was planning on going to the police.

701 and 702 Middlesex Road were the residences of Mafia members in Detroit. The house is believed to have belonged to a Mafia enforcer in 701. The house in 702 was the home of Mafia boss Anthony Zerilli.

None of the houses are particularly old, but they are connected by tunnels and the garage at 701 is said to be bombproof. 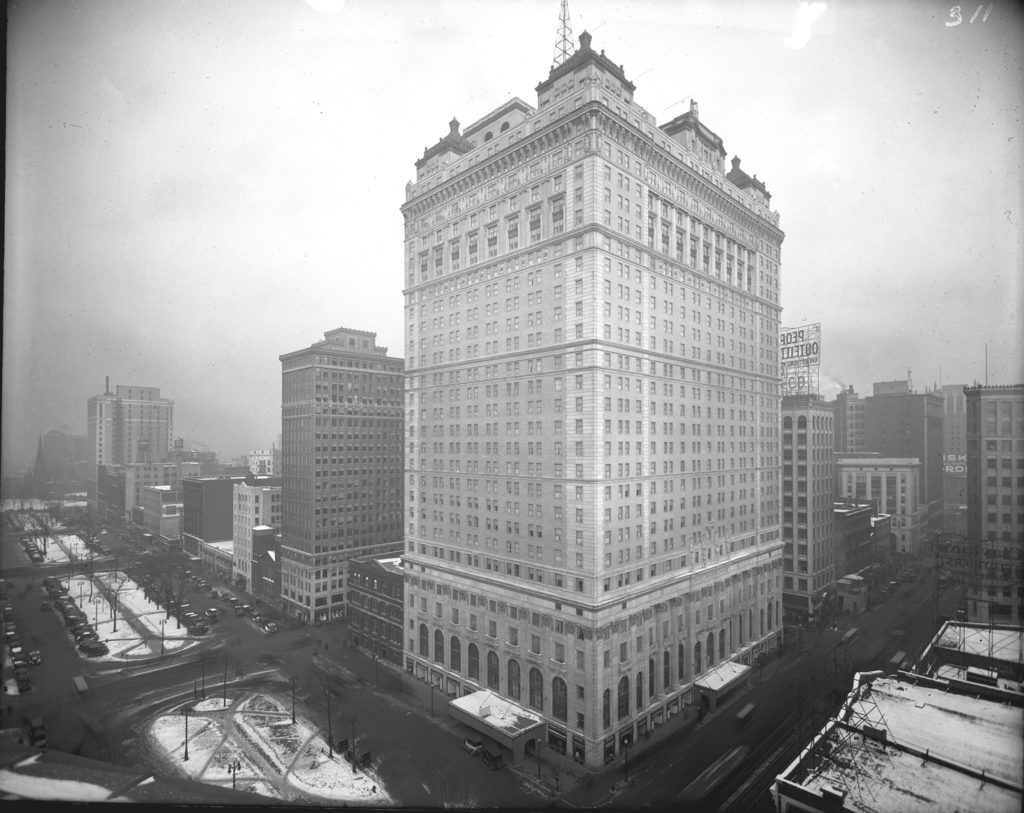 The Book-Cadillac Hotel had the title for Detroit’s tallest building, as well as the tallest building in the world, when it opened in 1924. The Purple Gang established its headquarters there, and many gang meetings took place in the bar and cafe at the Cadillac. The leader of the Purple Gang, Abe Bernstein, had a residence there until his death in 1968. 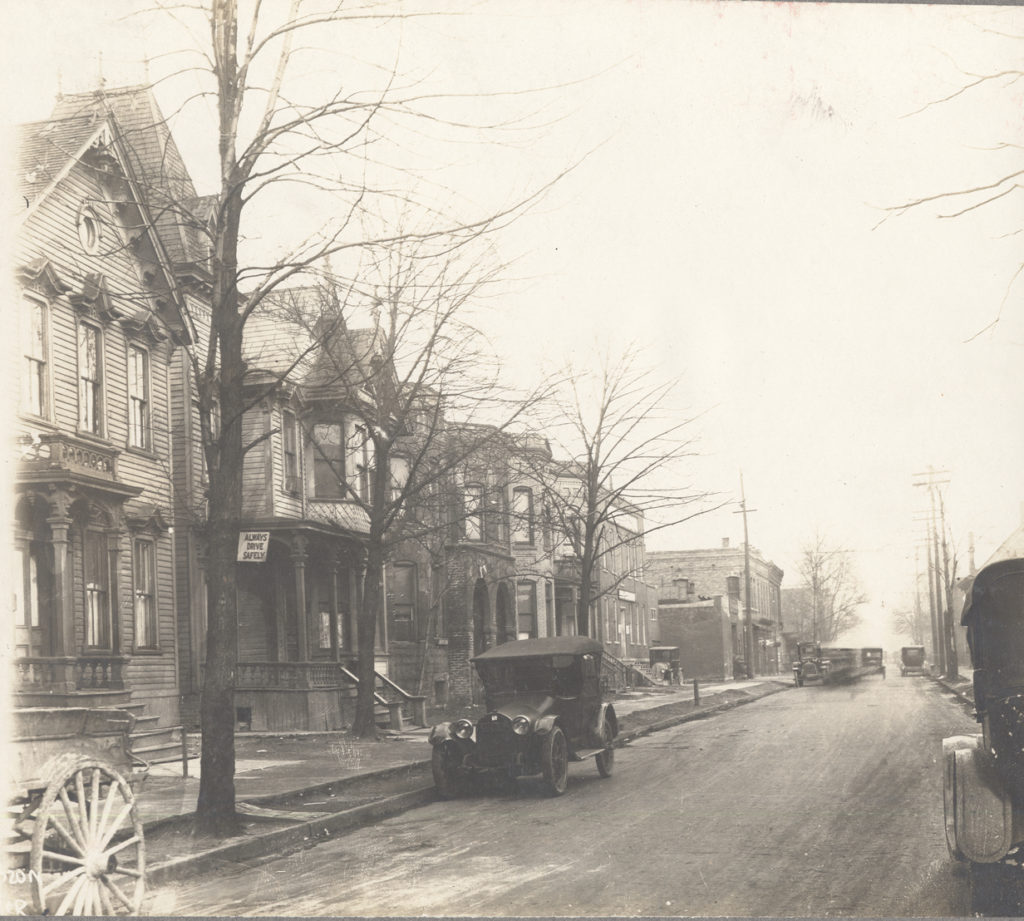 The Vernor Highway Fish Market murders were instrumental in creating the Detroit underworld. After the death of longtime Detroit mob leader Sam Catalanotte, the mob began to split into factions. Two main actors emerged, the East Side Gang and the West Side Gang.

Because disputes within the mafia are bad for business, New York criminal Salvatore Maranzano sent Gaspare “the Peacemaker” Milazzo to Detroit to try to reach a truce between the East Side Gang and the West Side Gang. Unfortunately, his efforts were unsuccessful.

This act set Big Chet La Mare as the sole leader of the Detroit underworld until at least February 1931.

The fish market that was behind the old Michigan Central Station is long gone. It was about diagonally from what is now the 555 Gallery – a former police station. 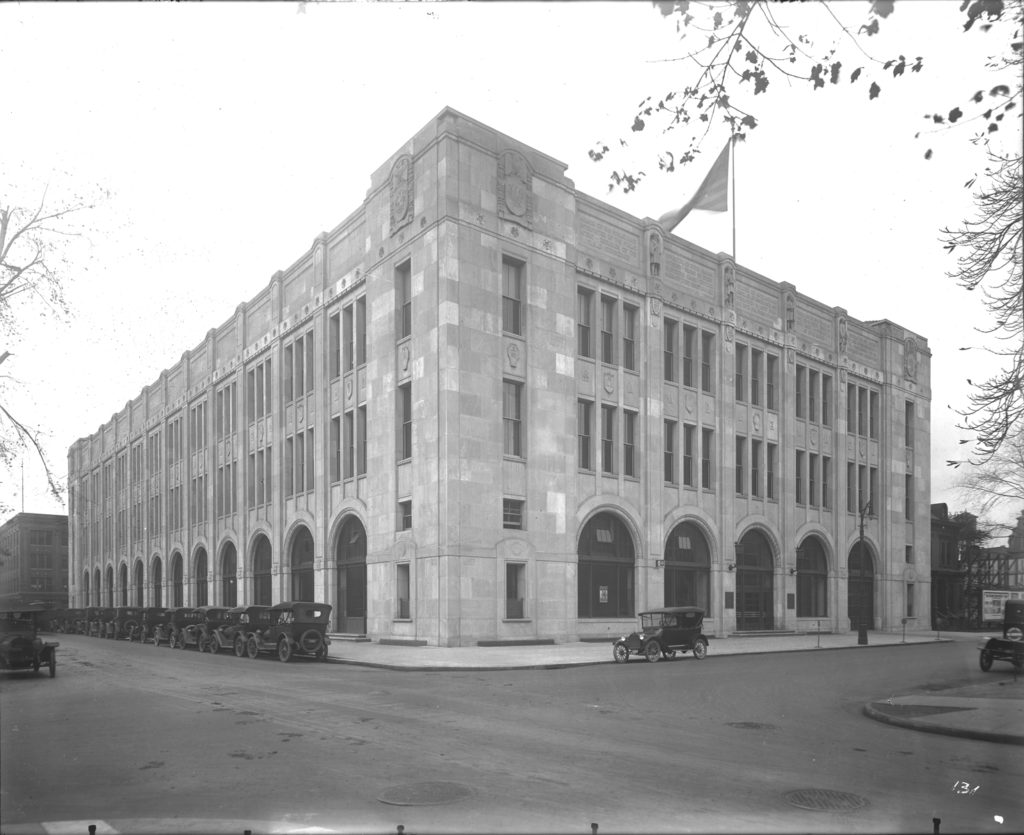 While the Detroit News Office is not directly related to the Mafia, it had contact with gang activity on June 6, 1928. That morning, five members of the Flathead Gang (frenemies of the Detroit Mafia) entered the Detroit News building and made their way to the business offices on the second floor.

Once there, they pulled shotguns out of the paper bags they were carrying and asked for wages. After receiving the money, the men rushed to the first floor lobby, where they were met by Sargent George Barstad, a police officer who had come to find out about the excitement in the building.

One of the Flatheads shot Barstad before the gang members stormed outside and got into a getaway car that was waiting for Lafayette. Two of the men responsible for the robbery were caught and sentenced to death.

Paul Jaworski, the leader of the Flatheads, was eventually captured and put on the electric chair for a payroll robbery and murder in Pennsylvania.