After Winning The “Oscars Of Street Food” What Do You Do? Open Up In Detroit

This summer, Detroit will add a new member to its growing list of restaurants. The newest arrival, Calexico, a Mexican restaurant based in New York City, opens in the One Campus Martius building (1040 Woodward Avenue).

The 4,000 square meter restaurant and bar will take up the space where Olga’s Kitchen used to be. It offers space for around 130 people and is open seven days a week. Lunch, dinner and brunch are served on weekends. Construction is expected to start in April and Calexico is slated to open later this summer.

The Calexico restaurant chain was founded in 2006 by brothers Jesse, Brian and Dave Vendley. They started out with a food truck and served family recipes from it, but as their kitchen gained a large following, they expanded to stationary restaurants.

Calexico has won two Vendy Awards (known as the Oscars of Street Food) and now includes three food trucks and four restaurants in Manhattan and Brooklyn.

This Detroit restaurant will be the chain’s first outside of New York City. When asked why they chose Detroit, Peter Oleyer and Dave Vendley replied, “We have become big fans of Detroit. We see a lot of similarities between Brooklyn and Detroit. “

“Detroit is known across the country as one of America’s hot food cities. We look forward to enhancing this already impressive reputation by bringing our Californian-Mexican fusion cuisine to the central business district,” said David Vendley, one of the Founder of Calexico. “We are overwhelmed with the energy and excitement of downtown and we love the fact that the restaurant is close to Campus Martius Park, so many bustling office buildings, and thousands of active and hungry workers. This new location in Calexico will take center stage. “

The small business opportunity in the hospitality industry was another draw. Dave said they are excited to be part of the growth of such an important American city. “We were very excited to expand our brand outside of New York City and bring new people to join it. We have a relationship with Detroit and we believe people will respond well to the food. “

Speaking of food, as Dave and Peter Calexico described their entrees, the restaurant should be number one on your list of Detroit restaurants this summer. The menu features starters, salads, bowls, starters, side dishes and sauces that are made from scratch every day, including Calexico’s sweet, smoky “crack sauce” served with burritos, beer-enhanced fish, quesadillas, tacos and much more becomes.

They stated that they are not trying to be a traditional Mexican or Tex-Mex restaurant. “We take a lot of freedom when it comes to eating,” said Peter. “We create the food we want to eat. So if we had guests what will we eat then? Well, we pull the pork shoulder out of the over, throw tortillas on the table, drink beer and hang out. We create a festive atmosphere. “

Dave stated that they are forging their own culinary trail. “We don’t try to be authentic to a kitchen. Our food is originally based in the town of Calexico, about a two-hour drive east of San Diego. “ 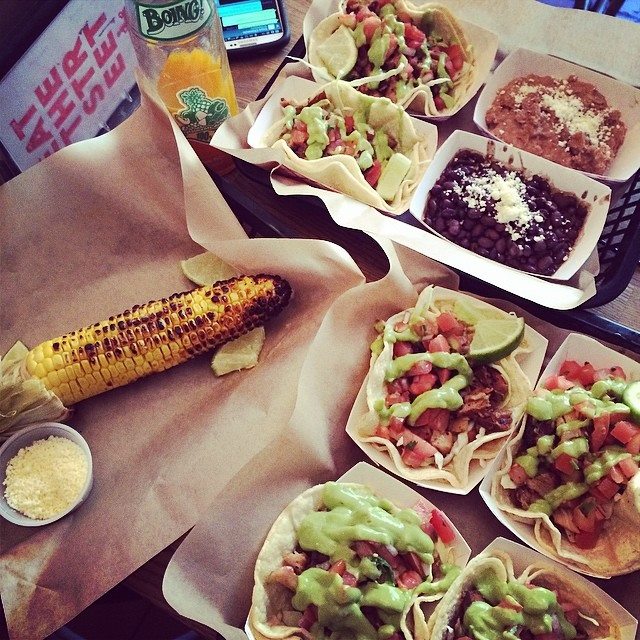 However, over time, the flavors of the restaurant’s dishes have changed a little, creating something new and unique. “When you stand on the verge of hybridization and the division of cultures, there will always be areas that remind you of this. Now, 10 years after Calexico launched, that hybridization has continued, including inspiration from New York City and inspiration from everywhere. “

And when Peter said that they create food that they want to eat, he wasn’t kidding. “Dave and I eat Calexico five days a week. Sometimes more. “Heath-conscious people don’t need to be afraid either.” The nice thing about the menu is that we’re a scratch kitchen and the food is reasonably light. It’s sustainable and relatively healthy. We’ve been eating this stuff for 10 years and haven’t had it Fed up. “

Expect a good time in a relaxed, festive atmosphere. “We serve the food we like to eat and create a restaurant we’d like to hang out in. Our point of view is translated into the food we serve and the music we play.” They may play their music a little louder than most other places, and the food may taste a little bolder, but that’s how they like it.

Dave and Peter are excited about Calexico’s expansion into Detroit and their chance to immerse themselves in the city. It seems they fell in love with Detroit and wouldn’t change anything.

“We’re not trying to bring New York to Detroit. We want to be part of Detroit. “