It took 90 years, but the David Stott building has finally received the attention it deserves.

Bedrock Detroit, Dan Gilbert’s development company, bought the Art Deco skyscraper for $ 14.9 million in 2015 and has worked on renovations for several years. It took a lot of work – the previous owners, Shanghai-based investment firm DDI, caused significant damage to the historic building through just two years of mismanagement.

The renovation of the Stott is now complete – Bedrock completed the last restoration work in summer 2019. Since 2018, floors have been constantly opened and rental units have been offered.

The total effort was extensive. There was damage from a significant basement flood and faulty elevators. The bedrock was replaced on the outside with windows, terracotta and around 60,000 bricks. installed new mechanical and electrical systems; and cleaned thoroughly of the decorative ceiling lobby and marble floors.

In addition to the restoration, Bedrock took on the complicated task of converting 27 of the building’s 38 floors from offices to apartments to modern standards.

“The layout of this building is a square with a huge core in the middle that contains six elevators and a donut office space. You wouldn’t design a residential building like this today, ”says Melissa Dittmer, Bedrock’s Chief Design Officer. “We had to figure out how to convert this historic floor slab to meet expectations for 2020.”

This resulted in different floor plans in the narrow building, some of which wrapped completely around the elevator core.

“What we have now is a truly unique and eclectic range of residences where you get historical details, nooks and crannies that were elements of the office floor panels,” says Dittmer.

These 107 units rent between $ 1,420 for a studio and around $ 5,000 for a three-bedroom apartment. There is also retail on the ground floor and another five floors of office.

Though often overlooked compared to the nearby Guardian Building, the Stott has many notable architectural details, including sculptures by Corrado Parducci, as well as a shimmering marble lobby and decorative ceiling. Bedrock worked with Patrick Thompson Design and the Kraemer Design Group to restore or restore as many historical details as possible.

“You basically walk into this lobby as if you were walking into David Stott in the 1920s,” says Dittmer. “When the door opens for the elevator, it’s like you’re in the Stott of the 1920s. Go to the lobby of your floor. The marble cladding on the walls is original. “

Dittmer says this may be the first time since it opened that the Stott is working “in its original essence.” It was designed by renowned local architectural firms Donaldson and Meier and was the fourth largest building in Detroit when it opened in 1929. However, the Great Depression hit soon after and it has been empty and neglected for a long time since then.

In other words, it took nearly a century for the David Stott building to receive the care and attention it deserves. How fitting that the building was opened to 100 percent around his 90th birthday last June.

Main lobby in the Stott. 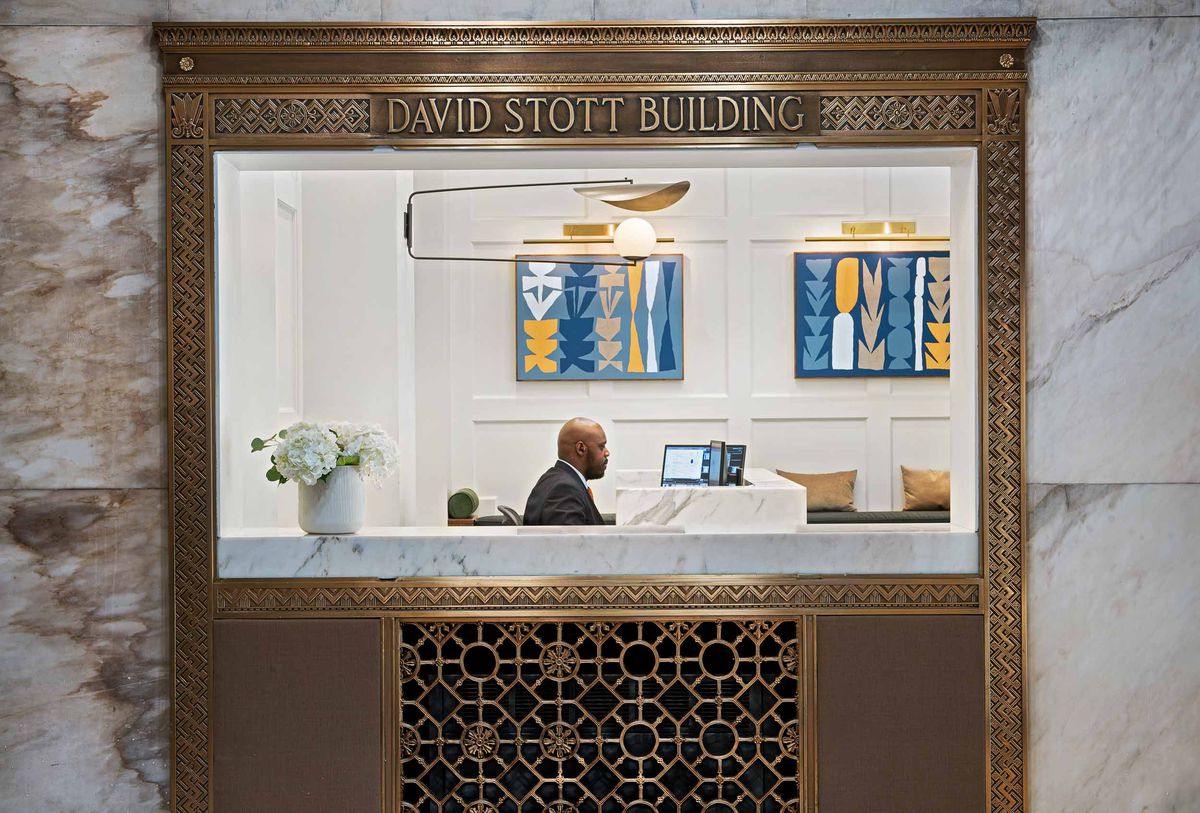 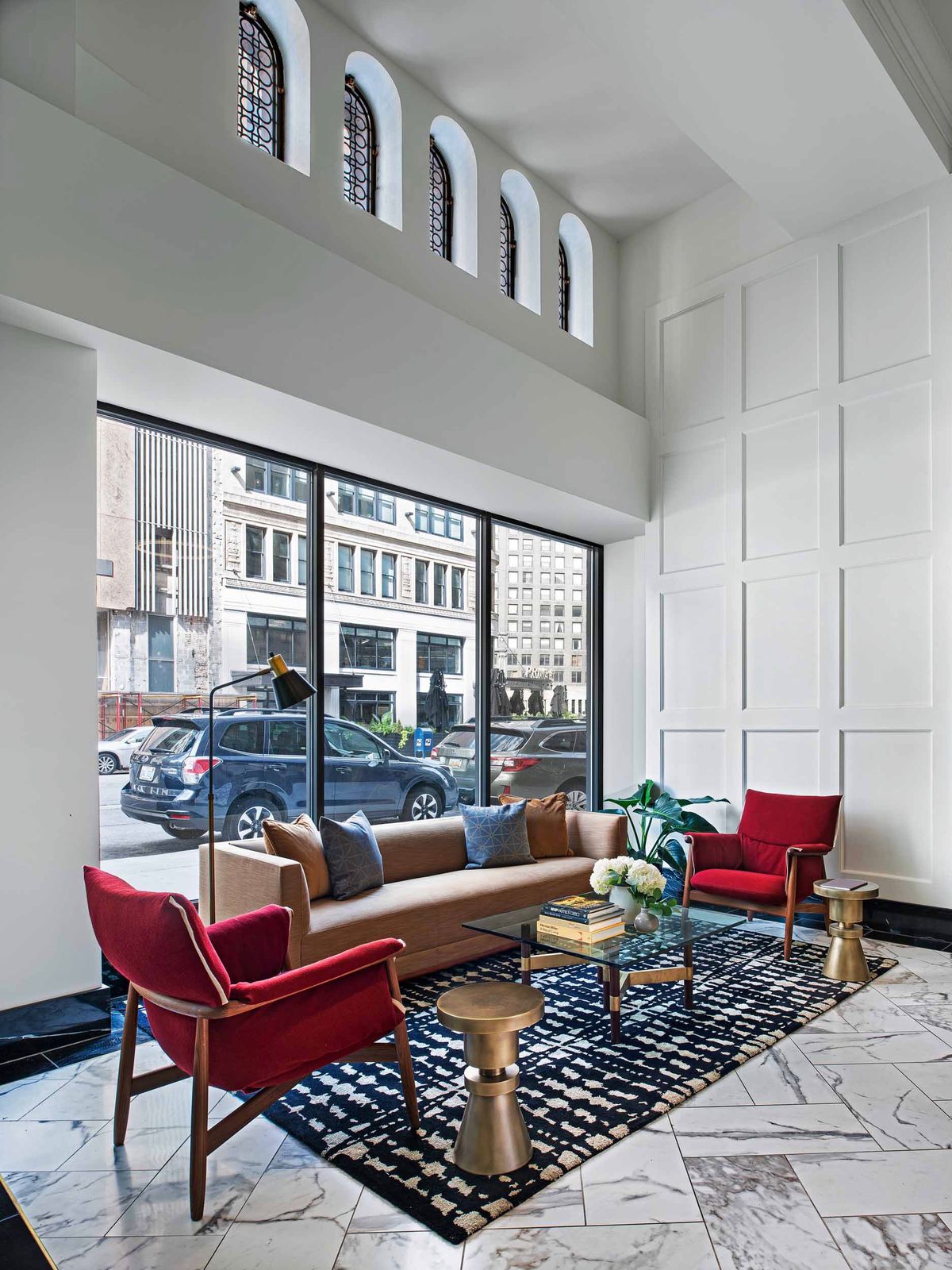 Seating area in the main lobby. 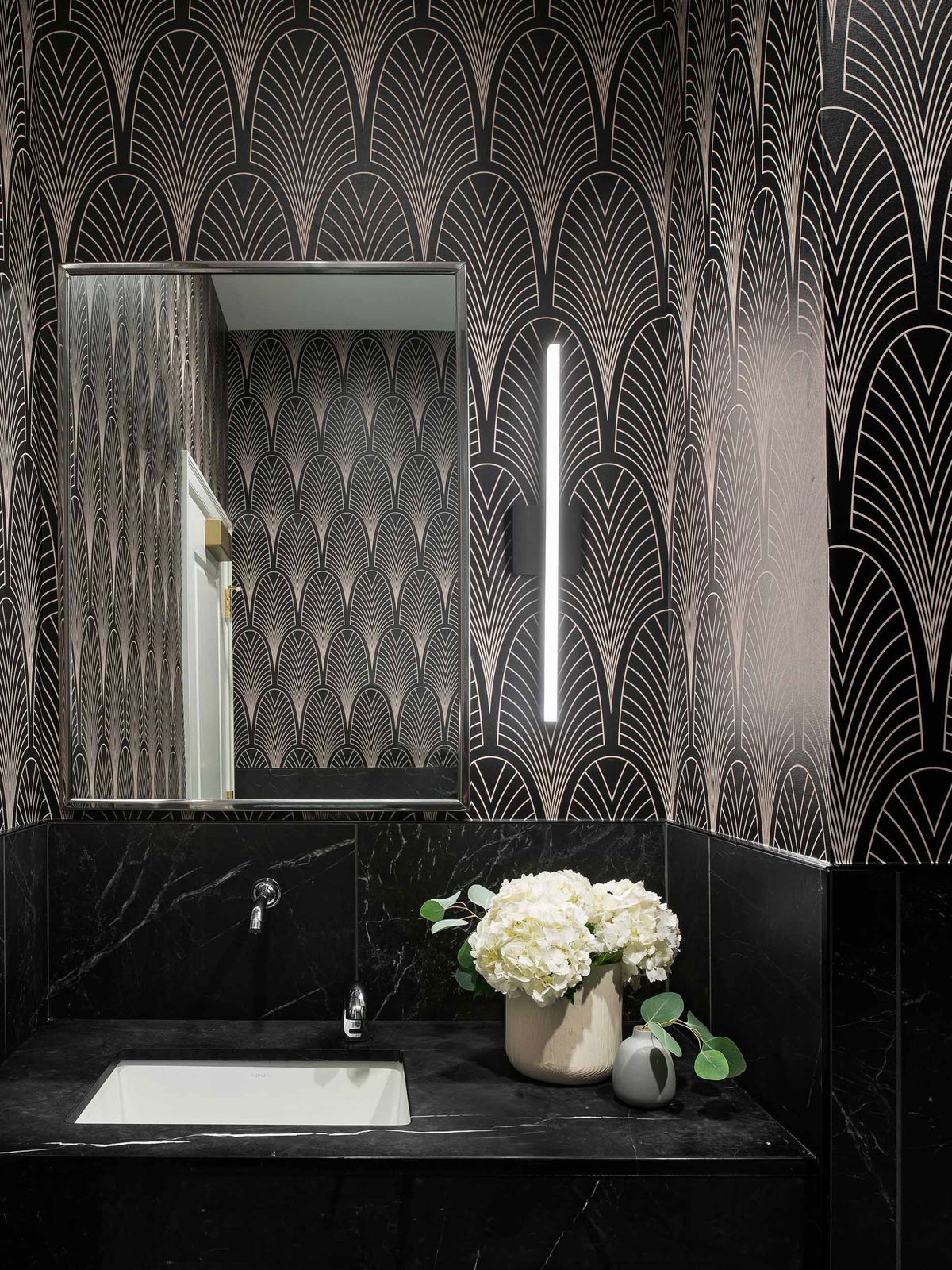 A bathroom with Art Deco-inspired wallpaper. 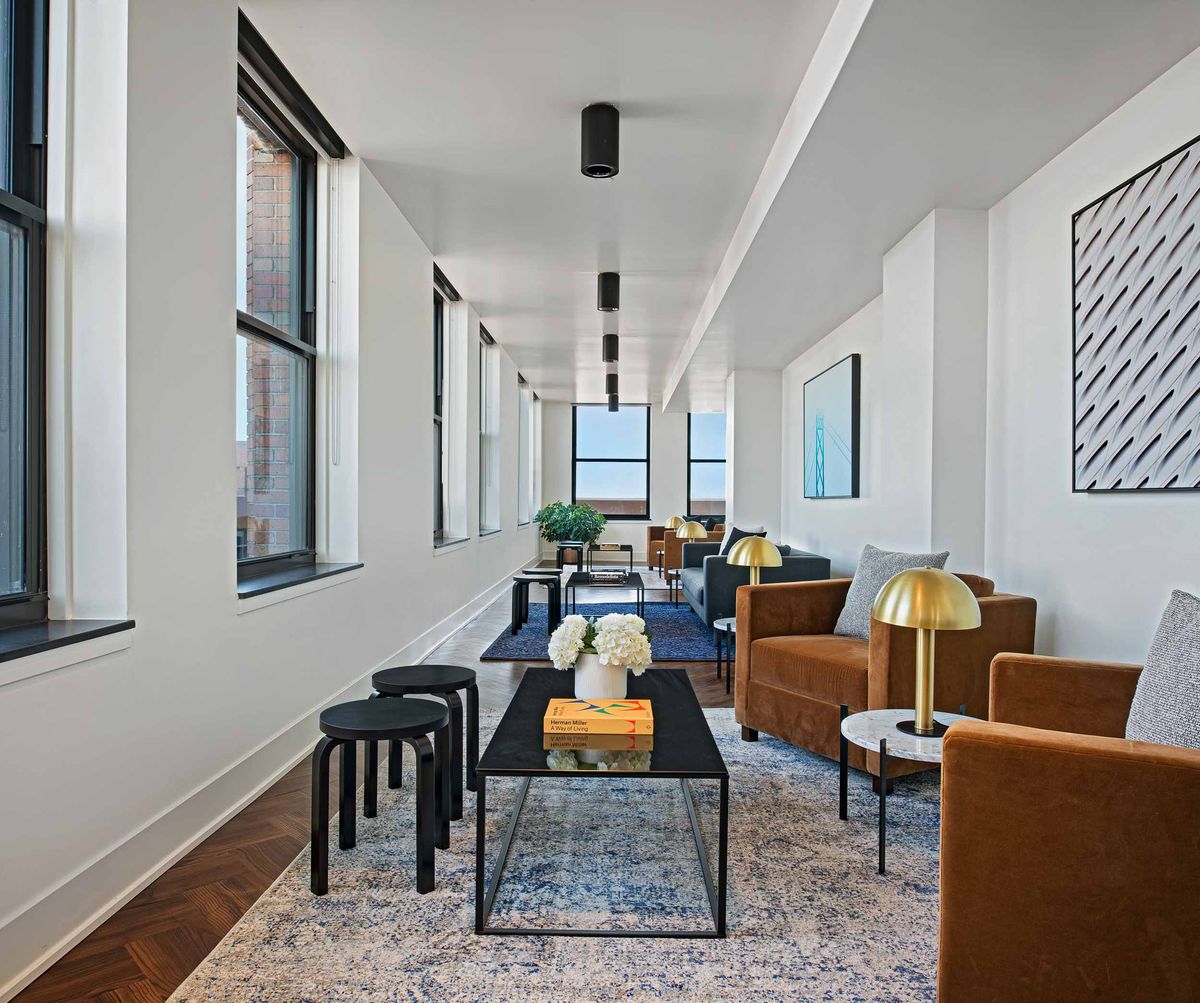 Lobby on an upper floor. 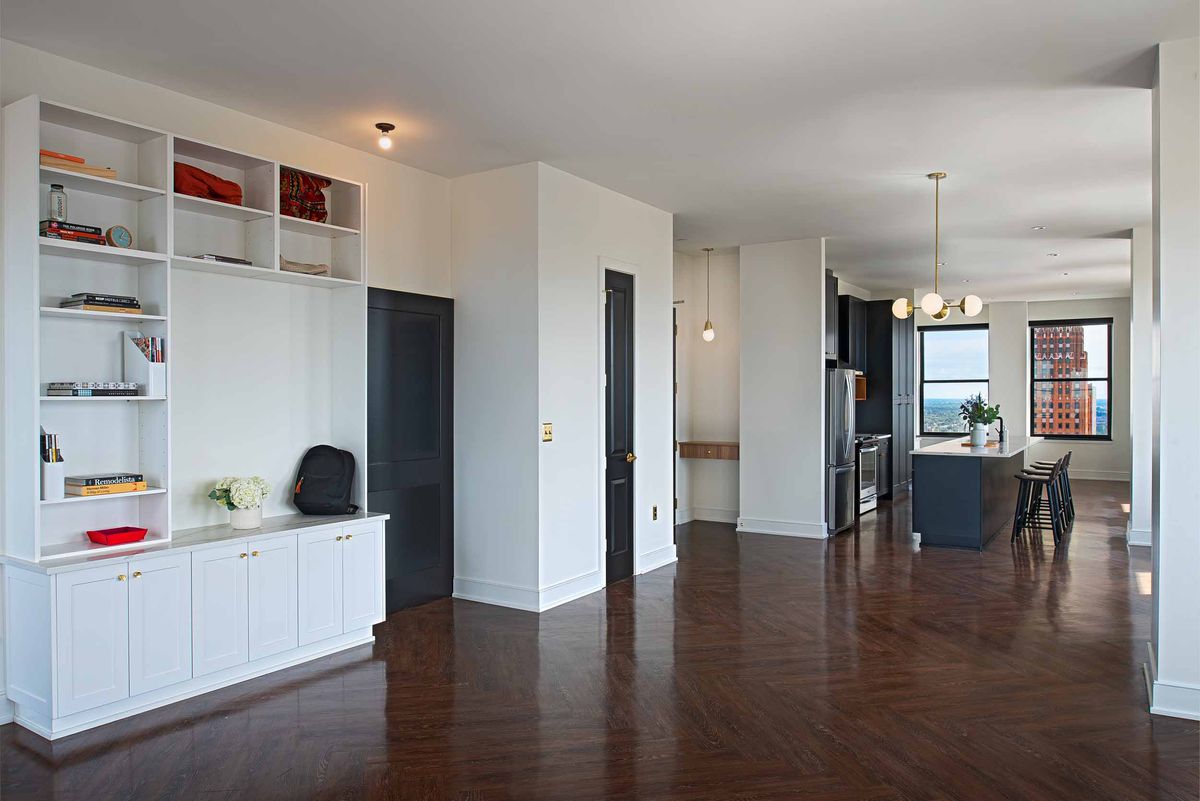 In a residential unit. 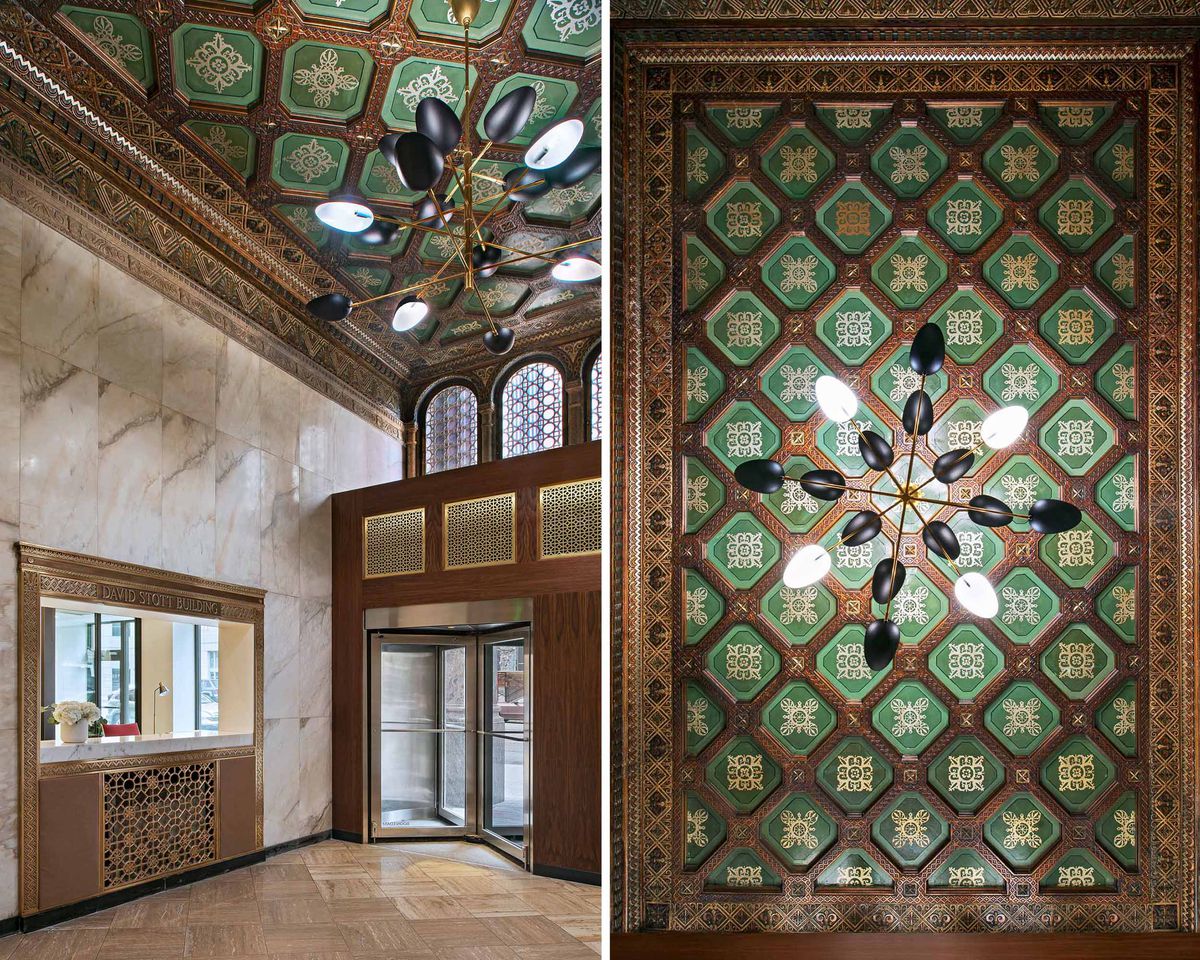