What will Detroit look like in the next few years? Dan Gilberts Bedrock, who owns over 90 properties mostly in downtown Detroit, would know. The real estate company has created a 3D printed interactive model that is intended to be a “comprehensive storytelling platform”. Every building, arena, park, parking lot, and tree occupies an area of ​​1.5 square miles in the central business district. This includes parts of Corktown, Brush Park and the Arena district.

The model, which was extensively unveiled last week during the Urban Land Institute’s Spring 2018 meeting, uses five laser projectors in the ceiling to activate the model and bring it almost to life. A screen behind it shows exciting, vibrant Detroit, and projections can create the impression that cars are racing through the city at different times of the year. 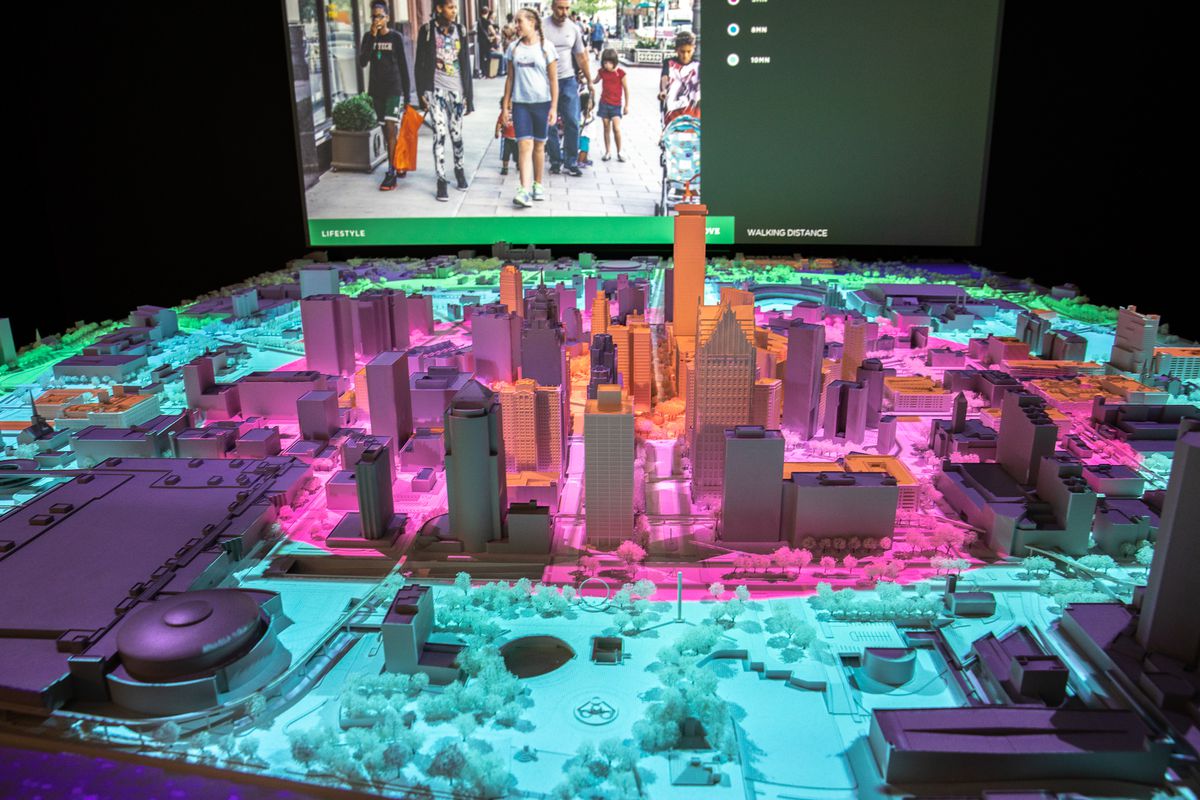 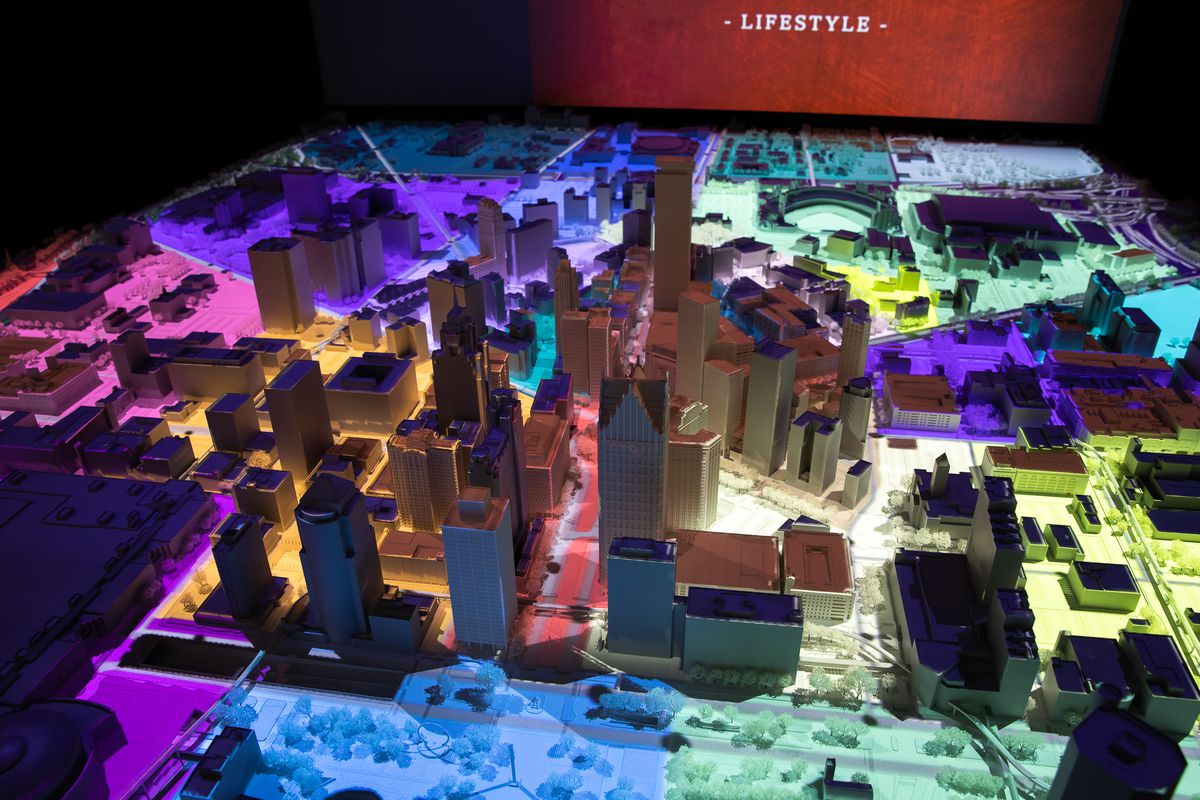 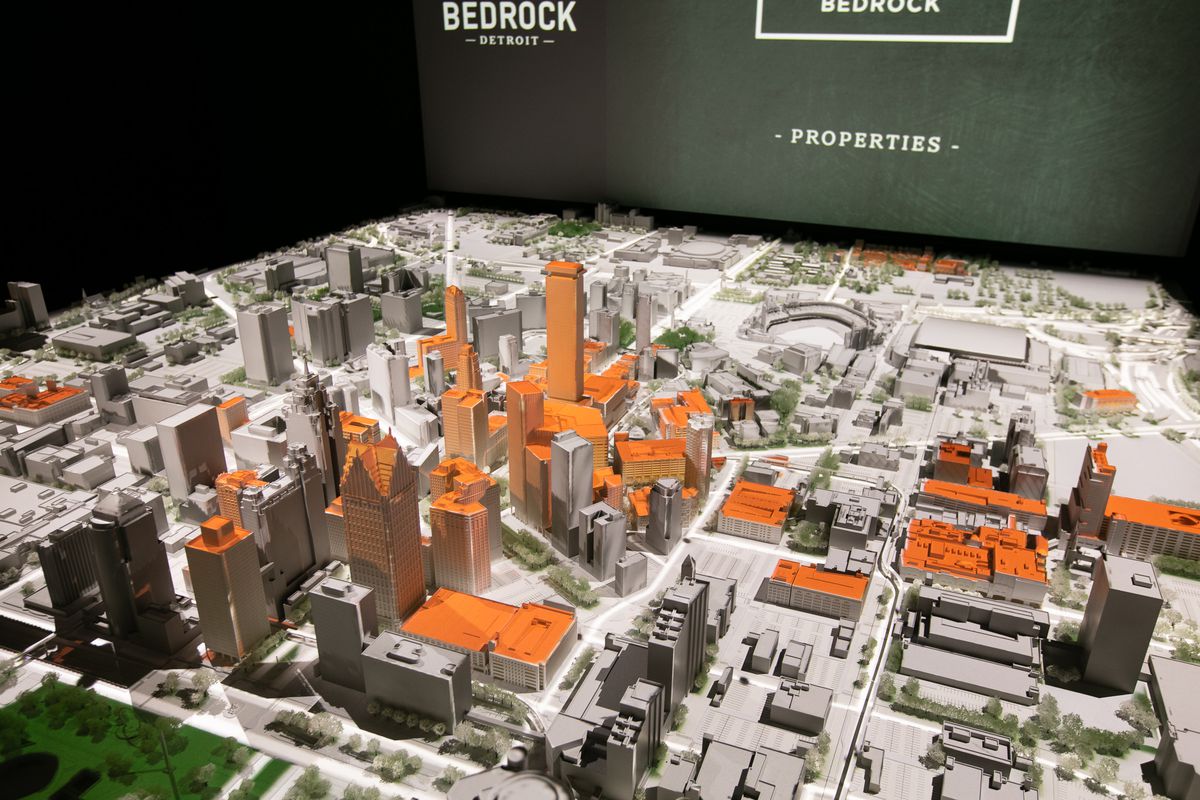 Bedrock properties can be highlighted in orange and divided into different categories (office, residential). The Hudson’s skyscraper stands out the most as it will be the tallest building in Detroit in a few years. The Monroe Blocks development blends in with the city, and you can see it cascading in height on the model. The Compuware building has its addition. City Modern in Brush Park is also completed in the model. 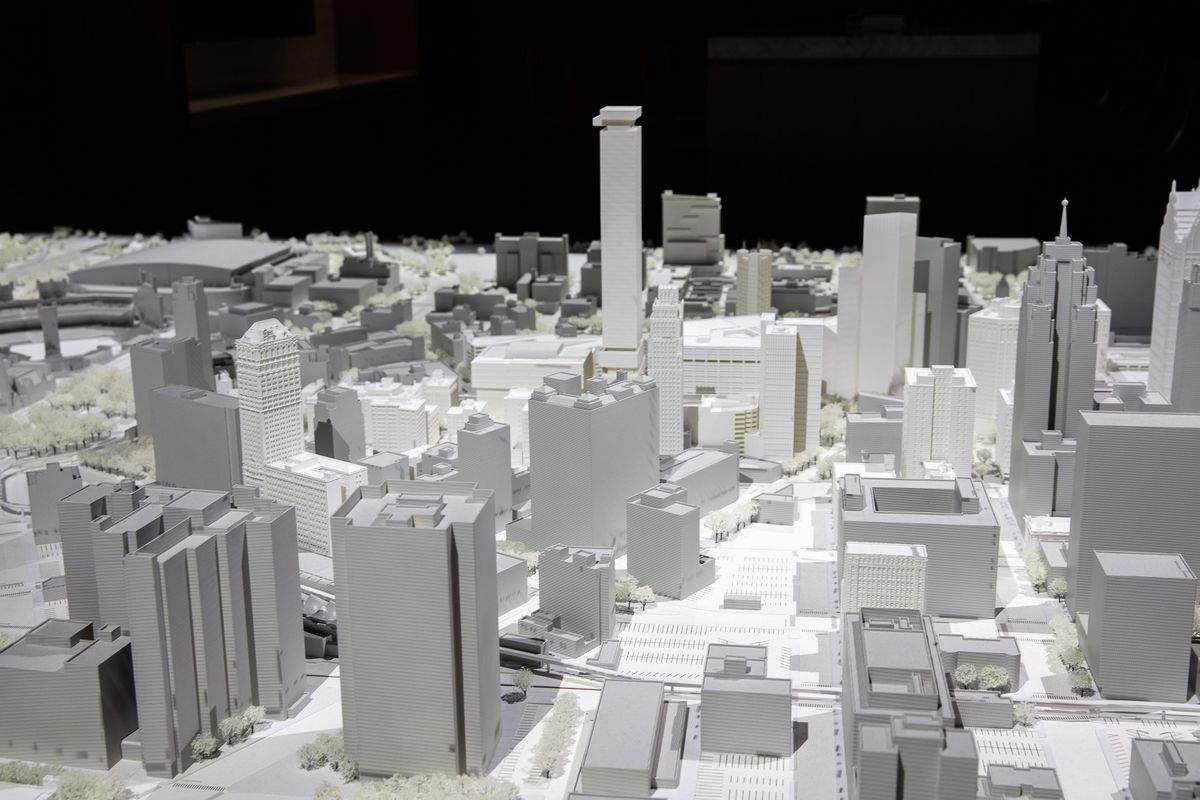 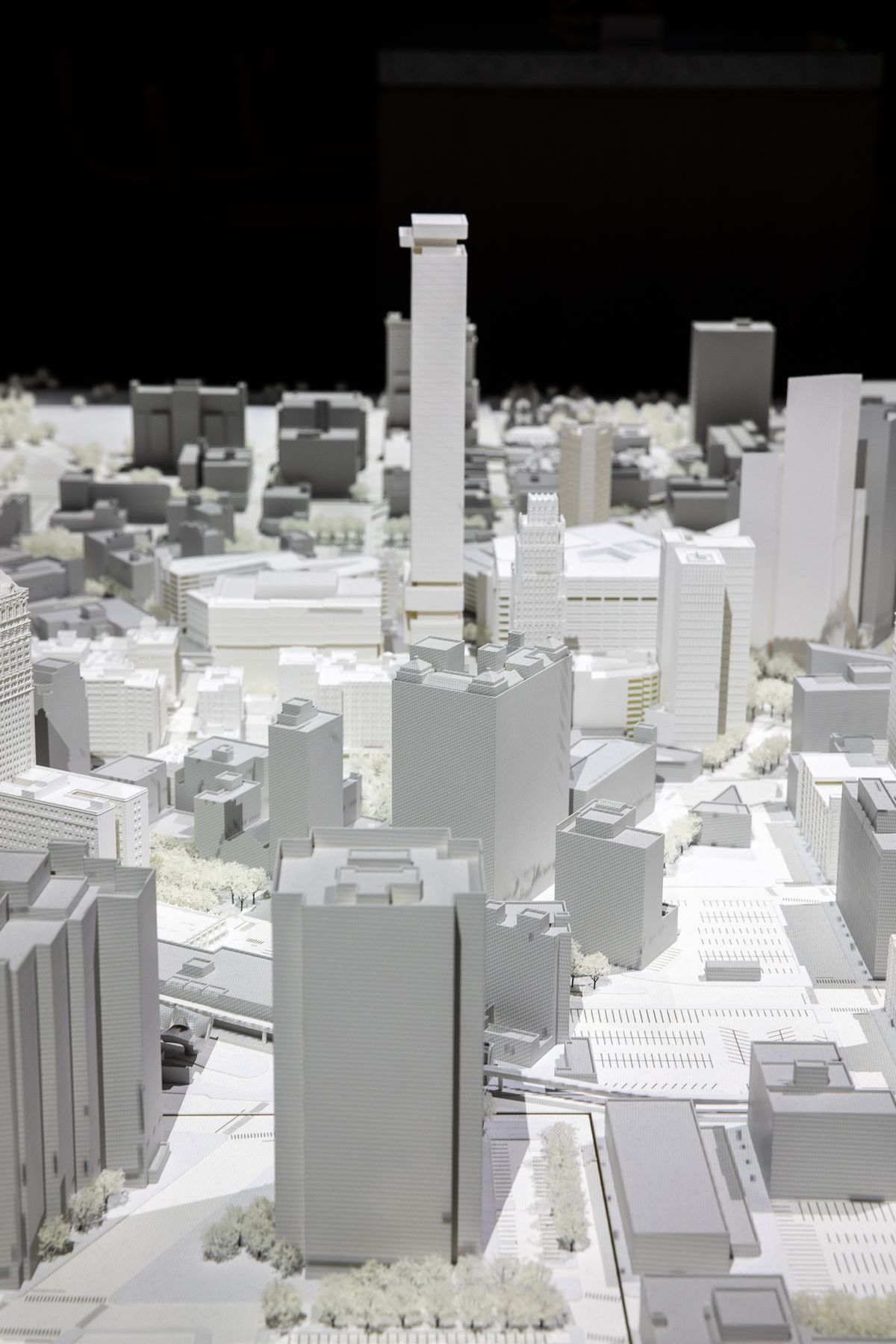 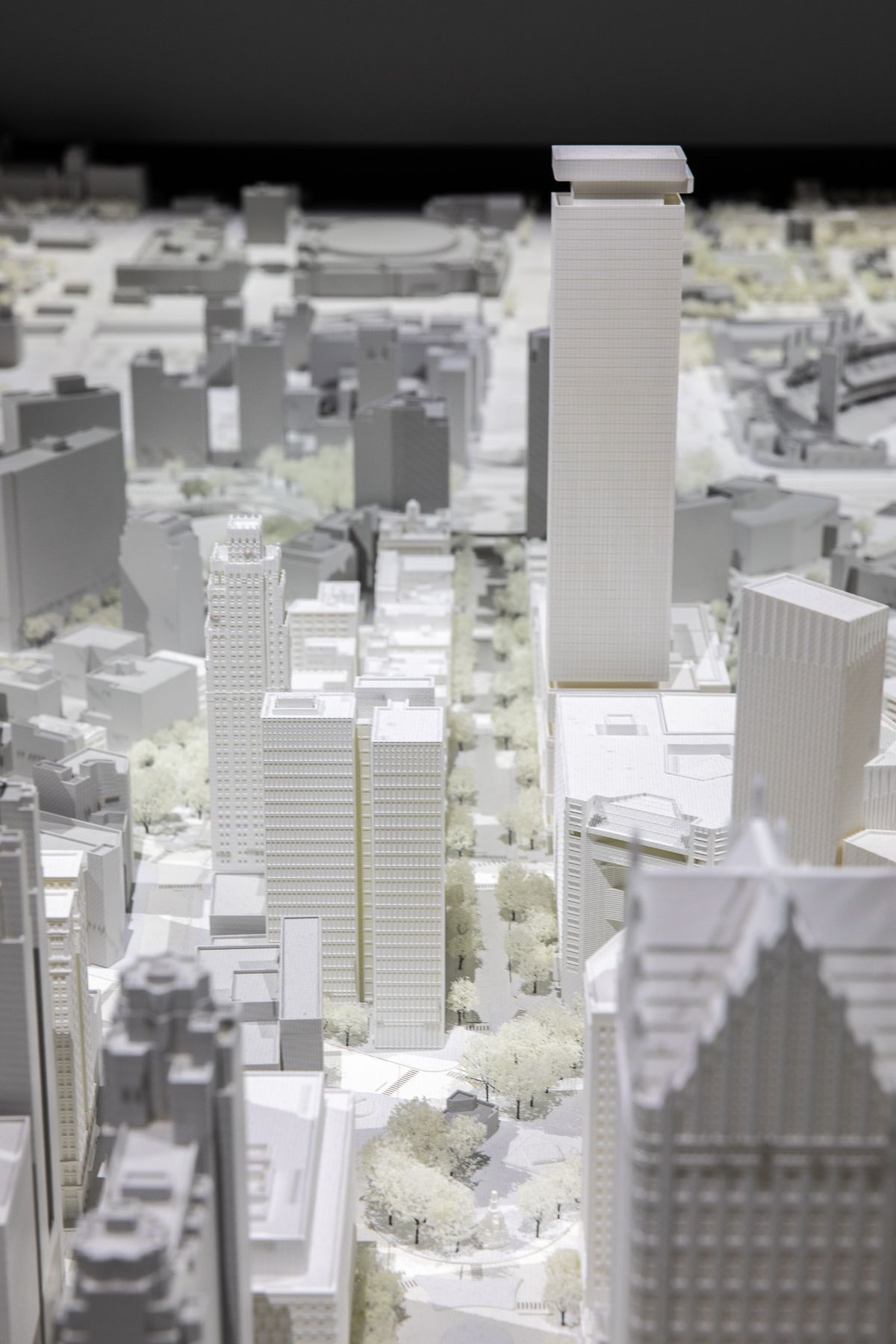 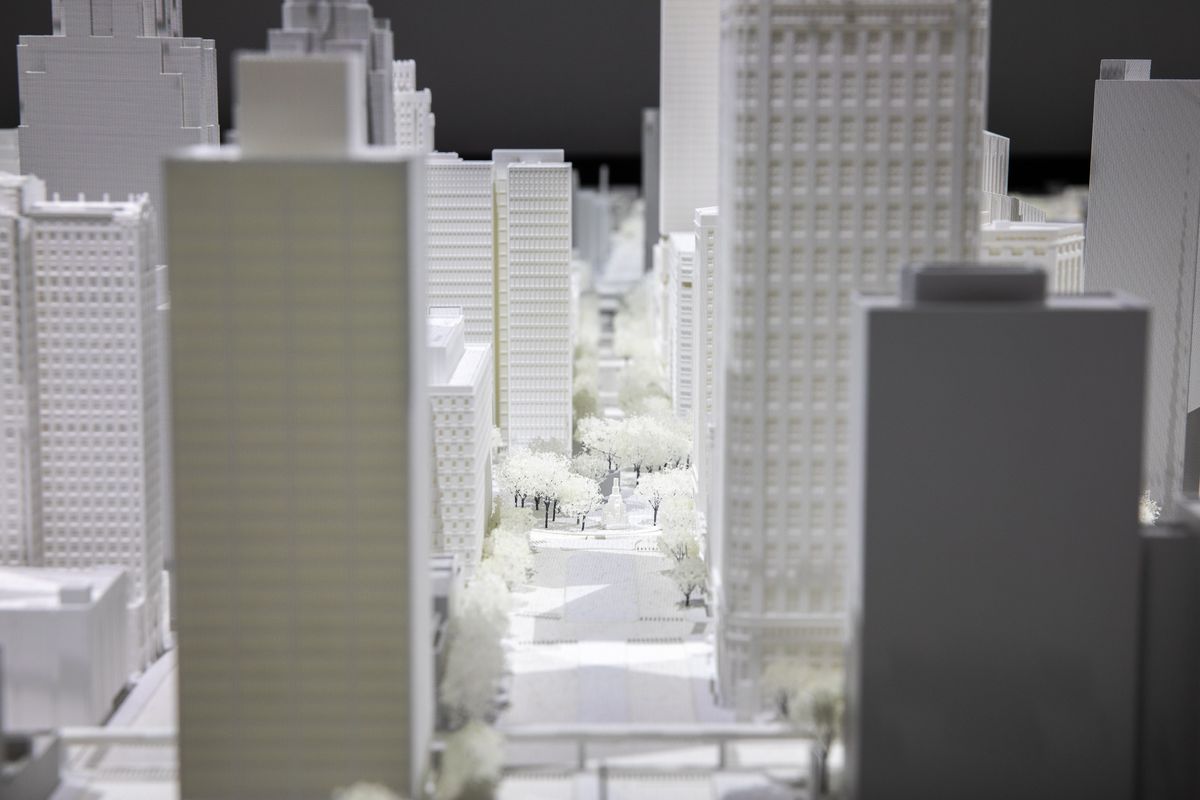 What is missing? There is still no development at the Fail-Jail site in Gratiot and 375. The Statler site, a City Club Apartments development that is still in the big hole in the ground stage, is missing. Bedrock’s Jake Chidester told us they would update the model every six months. The Joe Louis Arena is also missing. 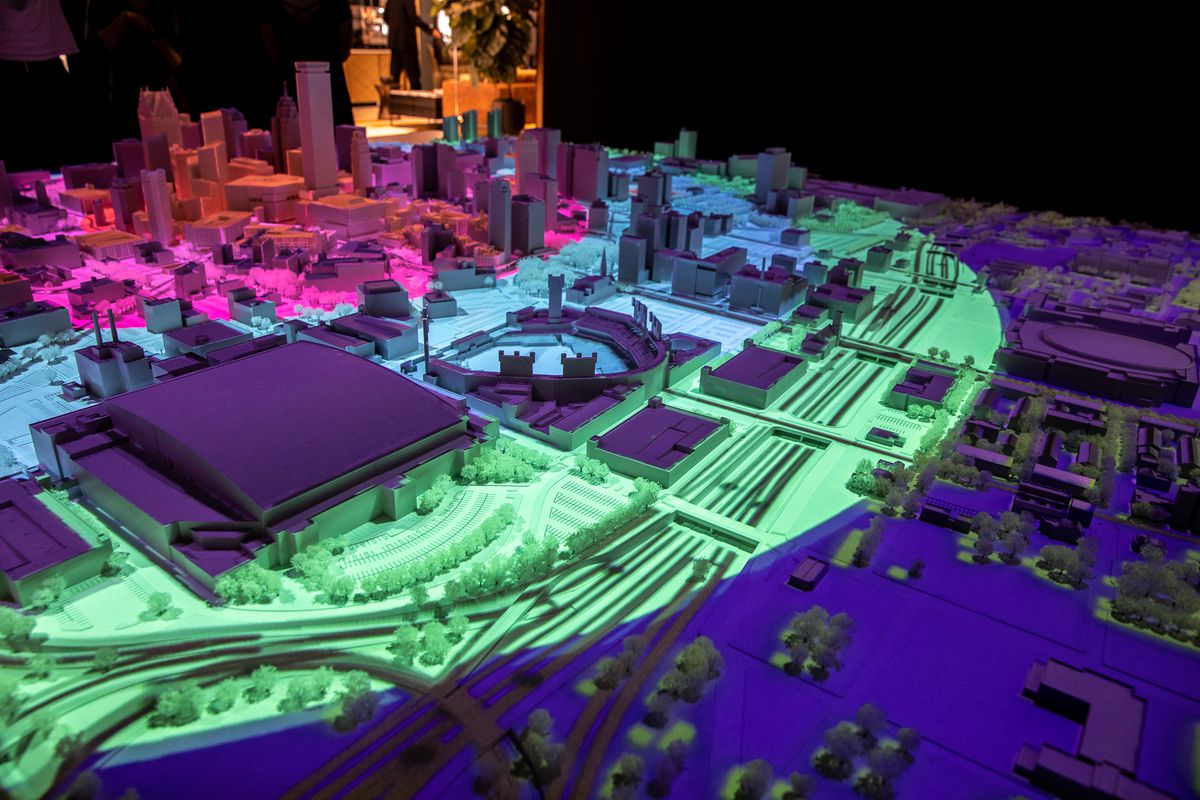 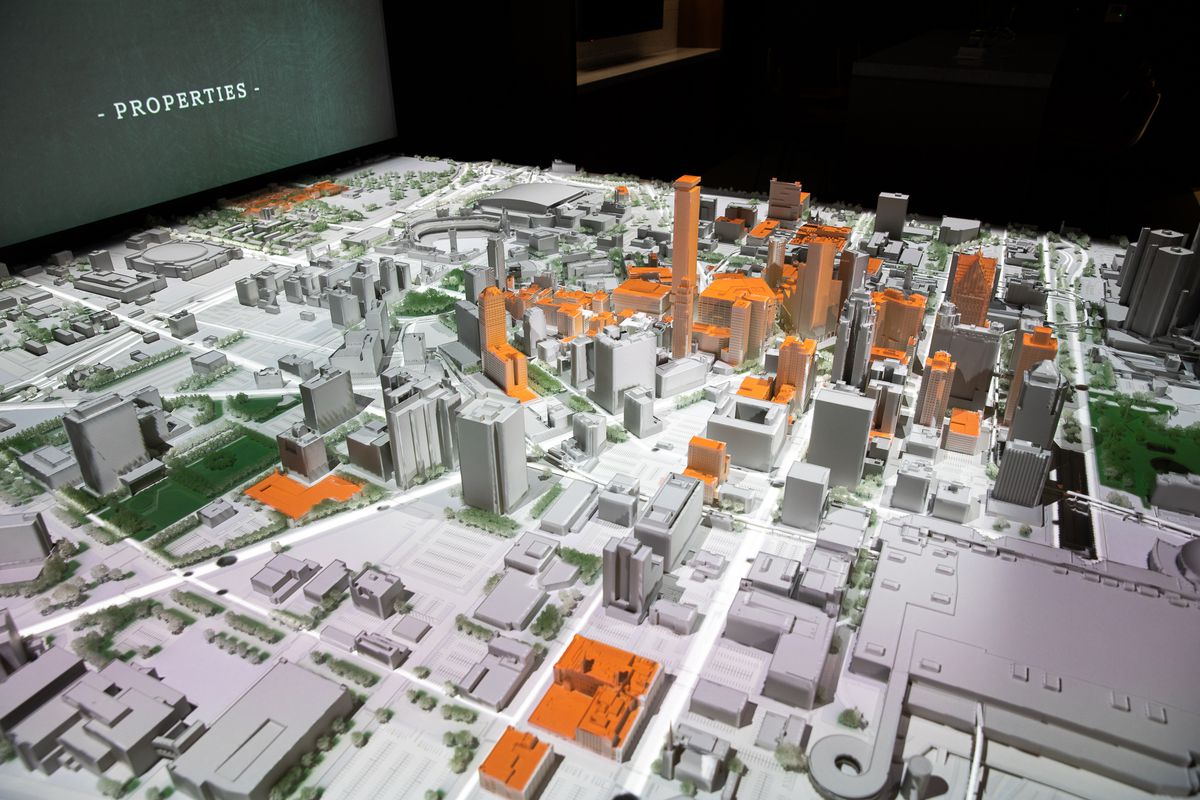 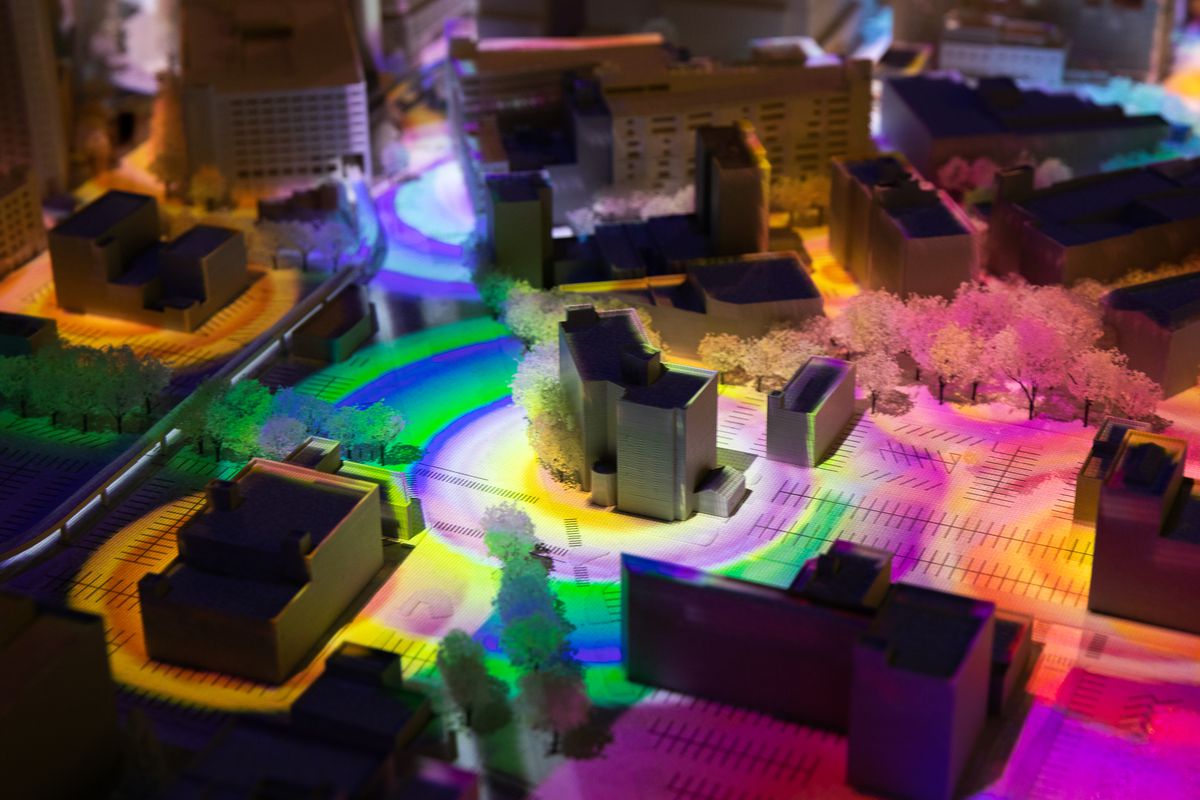 The 10 foot by 10 foot model uses 30 million pixel projection mapping and can be used to demonstrate the downtown Detroit lifestyle to developers, future renters, and future employees. It is also modular and breaks down into six parts. It has already traveled to trade shows. The model is a product of Bedrock, Zoyes Creative Group and Moment Factory. Bedrock has not disclosed the cost of this project.

Aside from adding new developments, we’ve noticed how much land is still open – mostly used for parking – and the option for the grounds at Joe. What do you see? 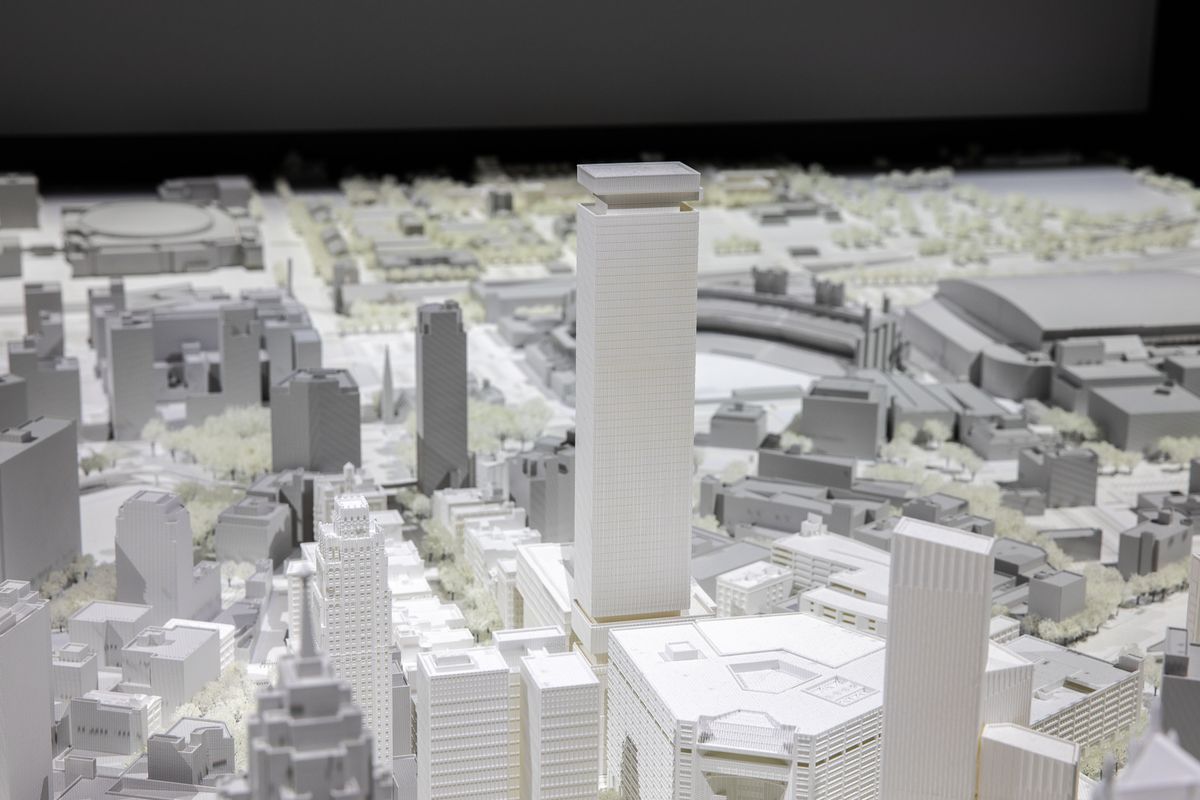 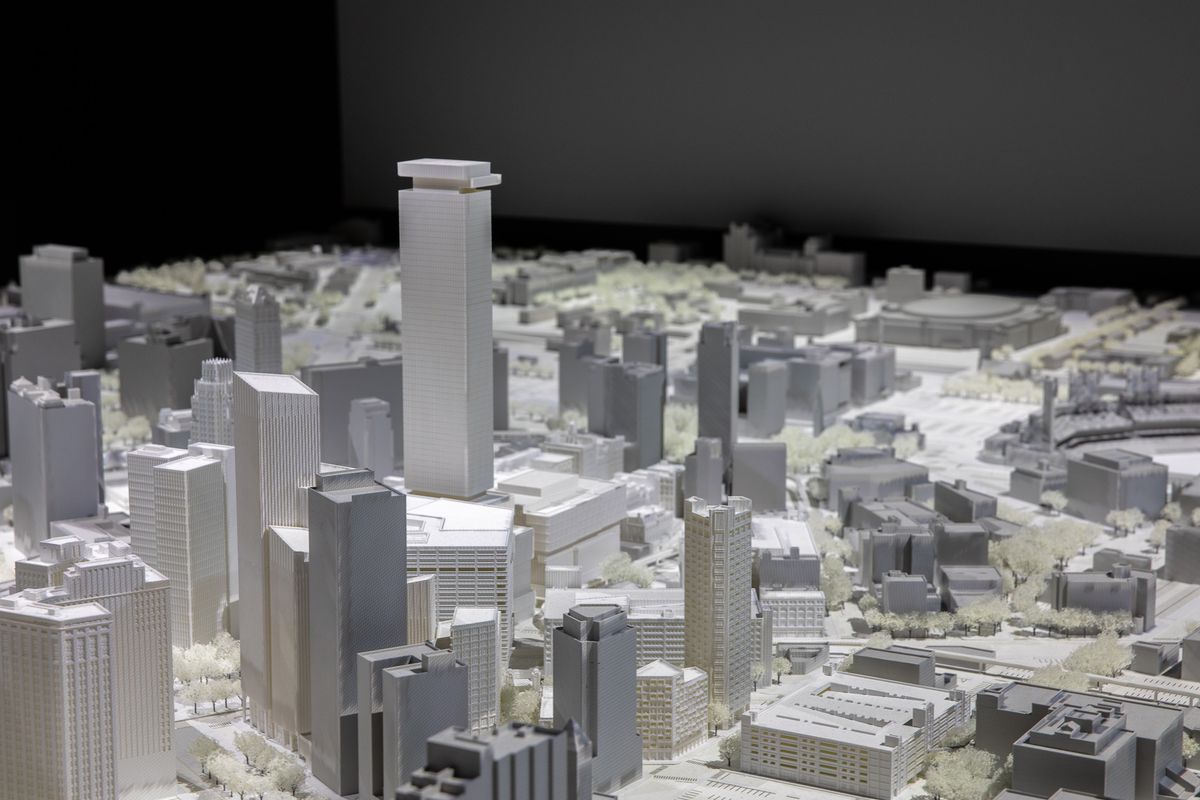 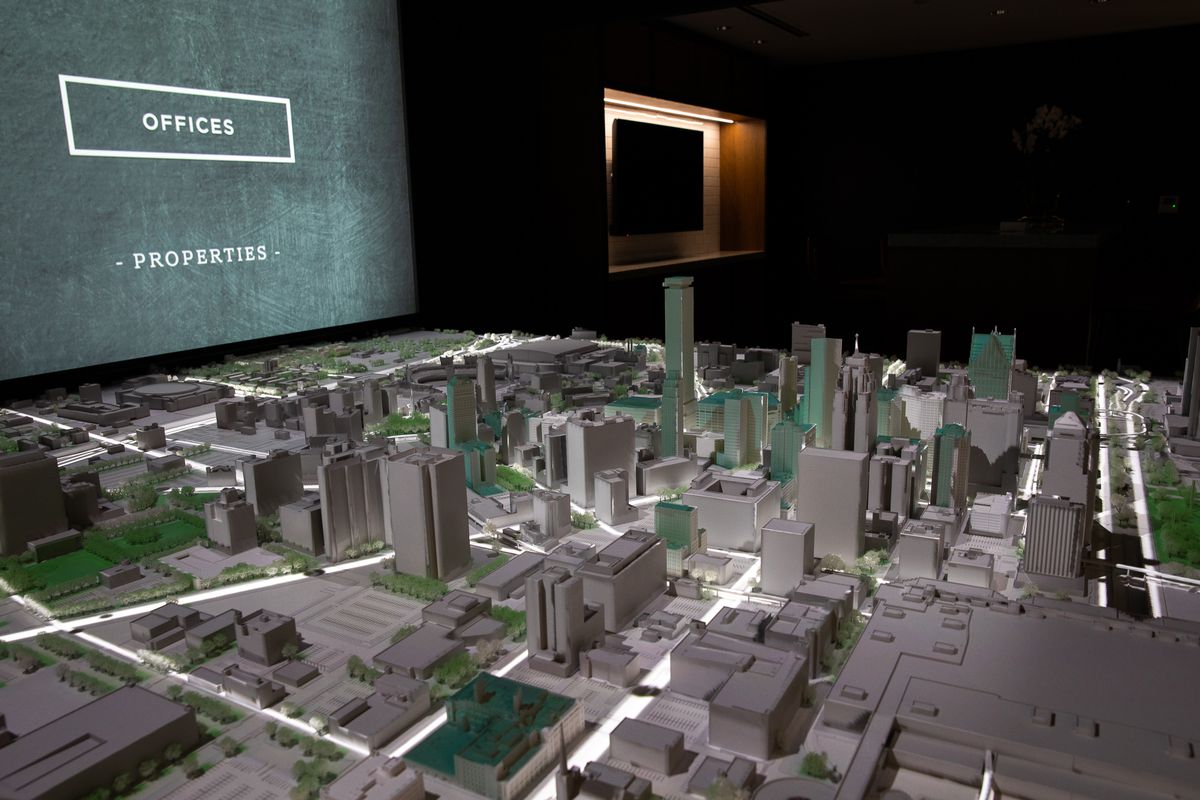 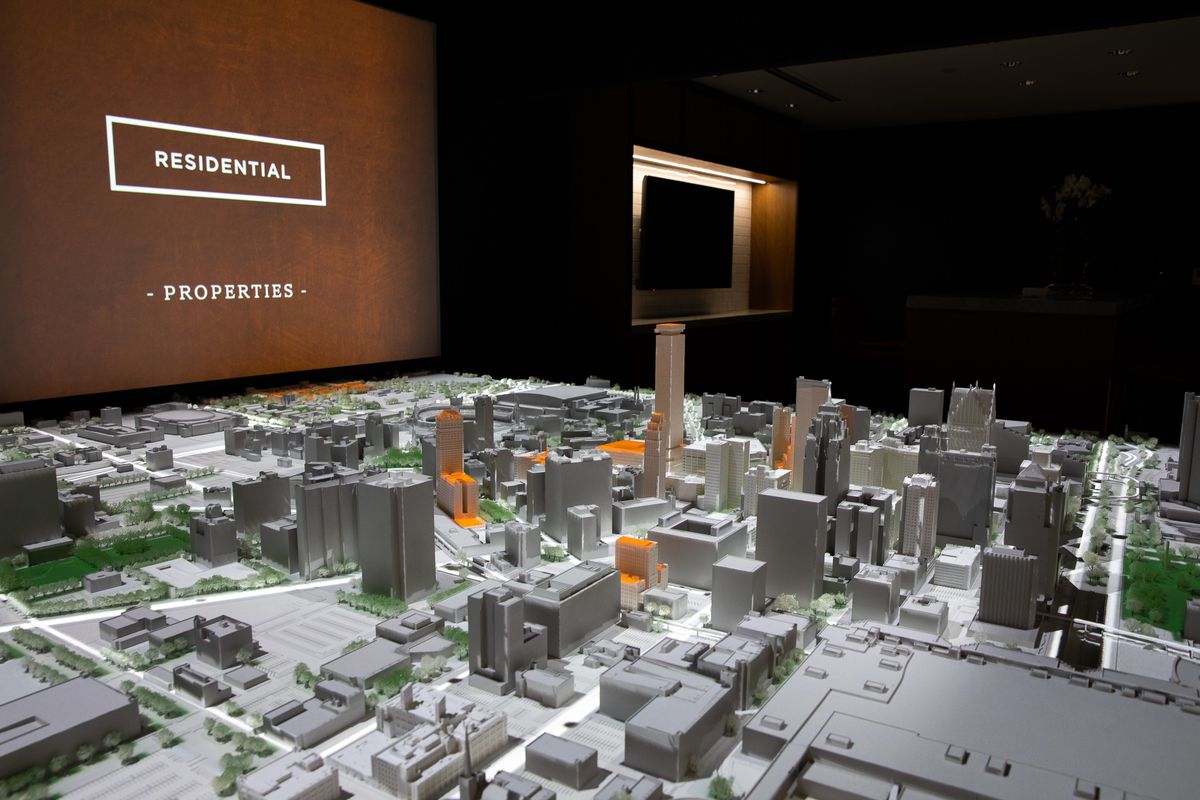 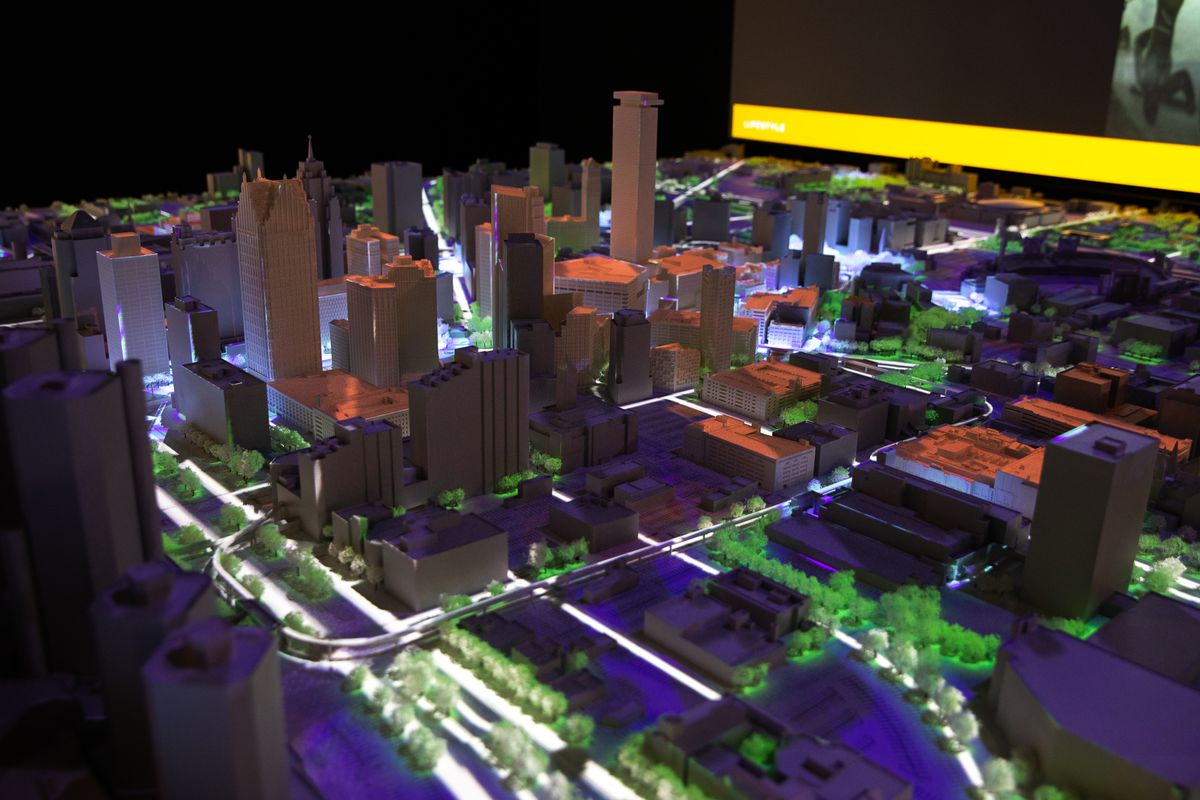 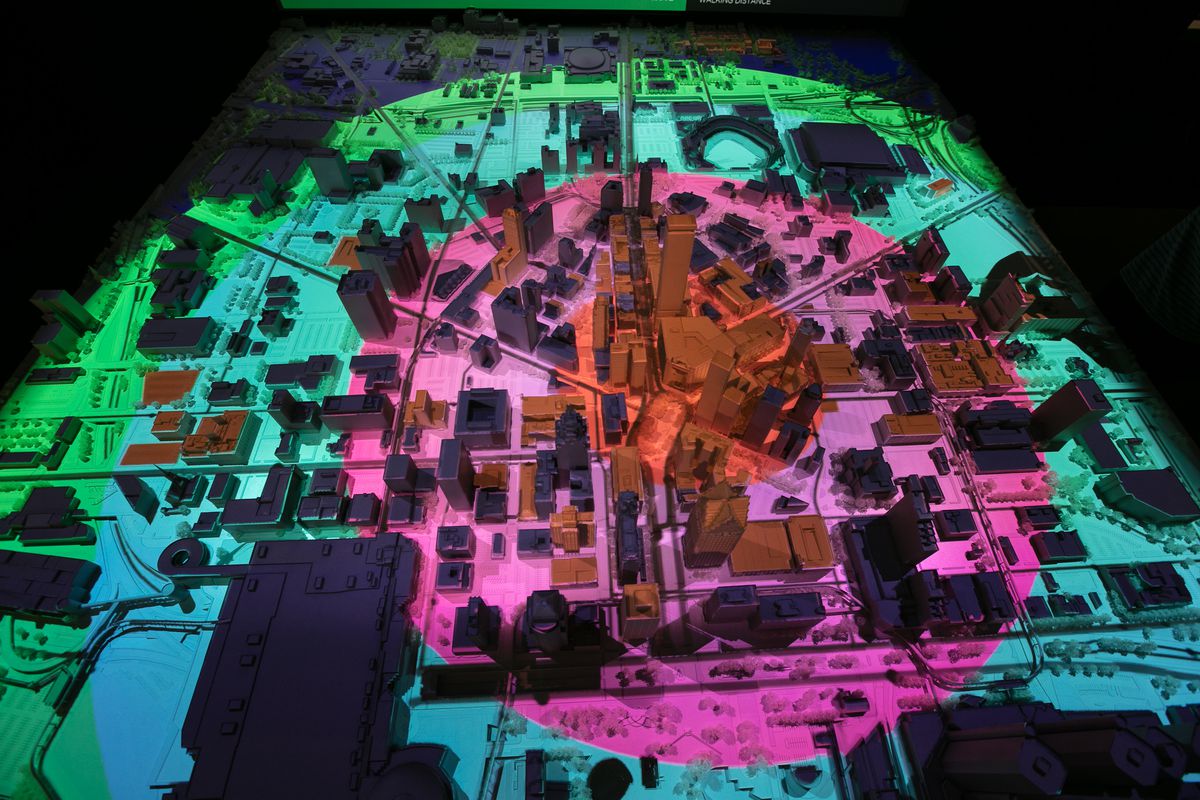 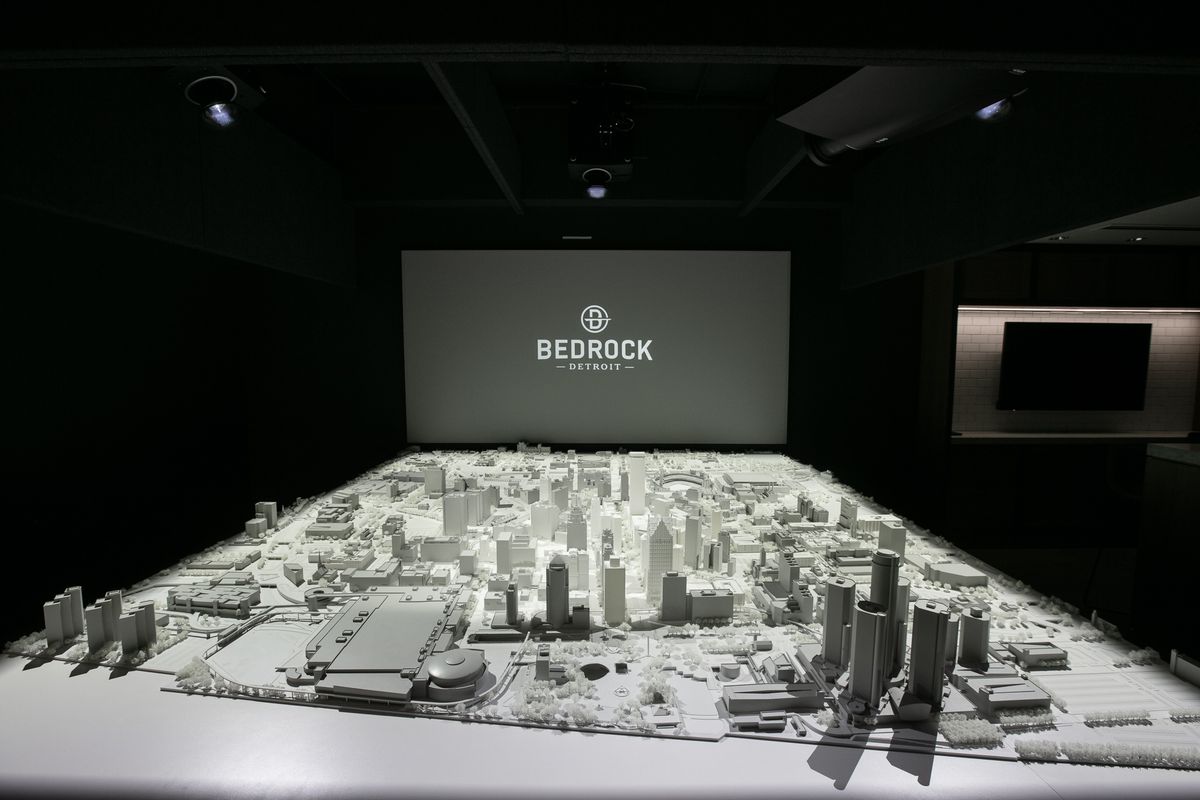