Much news has surfaced about developments and buildings in downtown Detroit in the past few days. Unfortunately, most of it is not positive.

Here’s a round-up of what we learned about some of Detroit’s most iconic and working skyscrapers.

Dangerous conditions on the Penobscot

The situation seems dire in one of Detroit’s most popular buildings.

Click On Detroit took photos and videos of the conditions in the Penobscot building and found them to be “messy” and potentially dangerous. Reporters found exposed wires, water dripping from holes in the ceiling, and mold on some of the abandoned floors.

Last September, Penobscot’s tenants complained about faulty elevators. Then, earlier this month, an electric fire broke out in one of the elevators.

To update: Crains Detroit Business reports that the city of Detroit has fined a total of $ 5,015 for offense and disease cards for the unsafe conditions. Attempts are also being made to force the owner of the building, Andreas Apostolopoulos, to take out a consent form and commit to maintaining the property.

Tenants are leaving the poorly managed building in droves. Late last year, Strategic Staffing Solutions, the second-largest tenant of the three-story building, announced the move to the Fisher Building.

Apostolopoulos, who bought the Penobscot in 2012 for $ 5 million, was a controversial figure in Detroit real estate who destroyed or threatened to destroy other buildings in his portfolio. We hope that he will come to his senses and invest in this important building in Detroit.

Rendered by Hudson’s in 2018. Courtesy of Bedrock Detroit

Hudson’s tower won’t be the tallest

Well it’s official. Hudson’s Tower, part of the large Bedrock Detroit development on the site of the former Hudson’s Department Store, won’t be the tallest in the state.

In October 2018, plans for the Hudson’s site included a 912-foot tower with an observation deck that exceeded the height of what is now the state’s tallest skyscraper, the Renaissance Center. But in August last year, Bedrock began pulling back, saying the tower may not be the tallest and there would be no observation deck.

At the Detroit Policy Conference yesterday, Bedrock CEO Matt Cullen finally admitted that “it won’t be the highest”.

According to Crains Detroit Business, he added:

I think we came to the conclusion that we wanted an iconic building, that we wanted to have lots of retail and public space features plus a top notch hospitality component and other things, and that the need to be the tallest doesn’t arise our list had the highest priority.

Speaking to Sandy Baruah, CEO of the Detroit Regional Chamber, Cullen also said that the recently announced Detroit Center for Innovation – a major project to be carried out in partnership with the University of Michigan and billionaire developer Stephen Ross – is moving forward in the development pipeline becomes.

However, the Monroe blocks have been delayed since the groundbreaking in late 2018. New designs for the project, which is expected to offer more than 1 million square feet of office, retail and living space in multiple blocks in the downtown area, should be announced in mid-2020.

To update: Crains Detroit Business conducted the first media interview with Dan Gilbert, the owner of Bedrock since suffering a stroke in May last year. While the interview covered a lot of ground, he mentioned that the Hudson’s building was “No. 1 Priority ”and that the final level and programming should be completed by June. 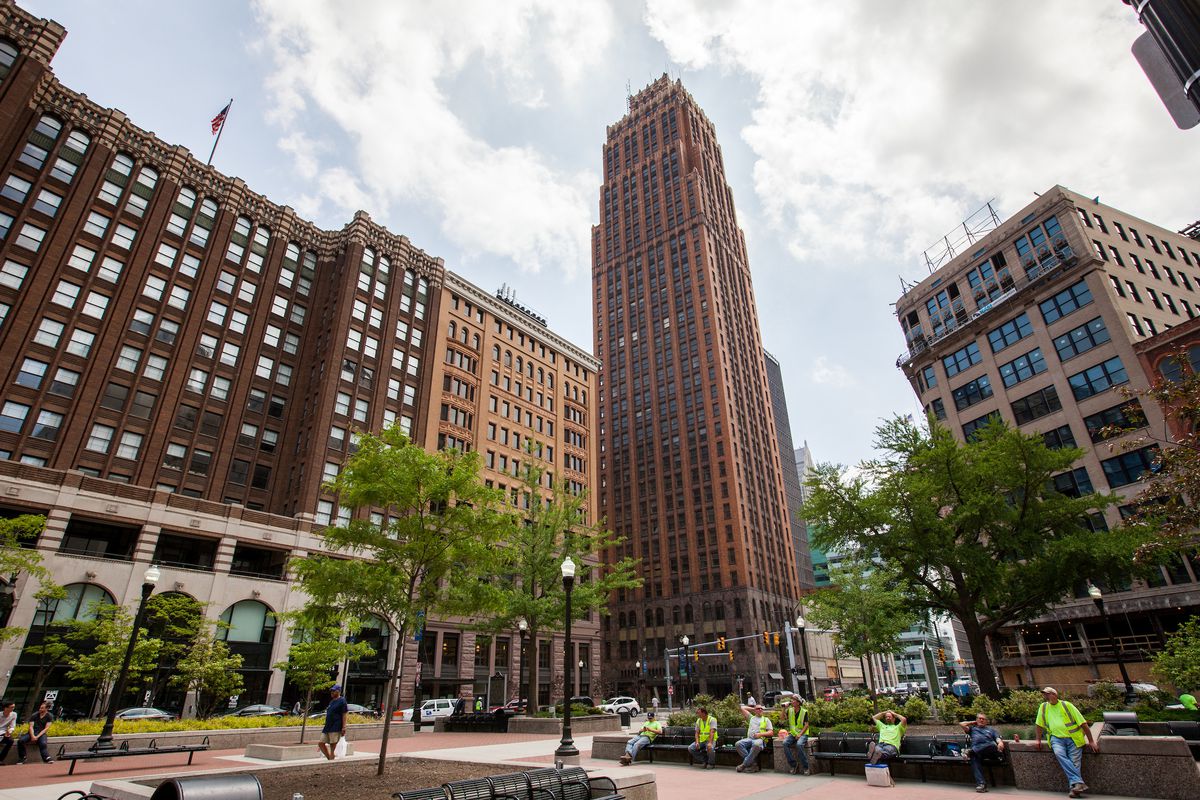 In good news, Bedrock completed the renovation of the historic David Stott building in the city center in the summer of 2019. Floors have been slowly opening and renting for over a year, but no major opening has ever been announced.

Read our article on renovations at the Stott to see the full story and photos.