Detroit Entrepreneurs Fight Food Insecurity With Lessons Of The Past : The Salt : NPR 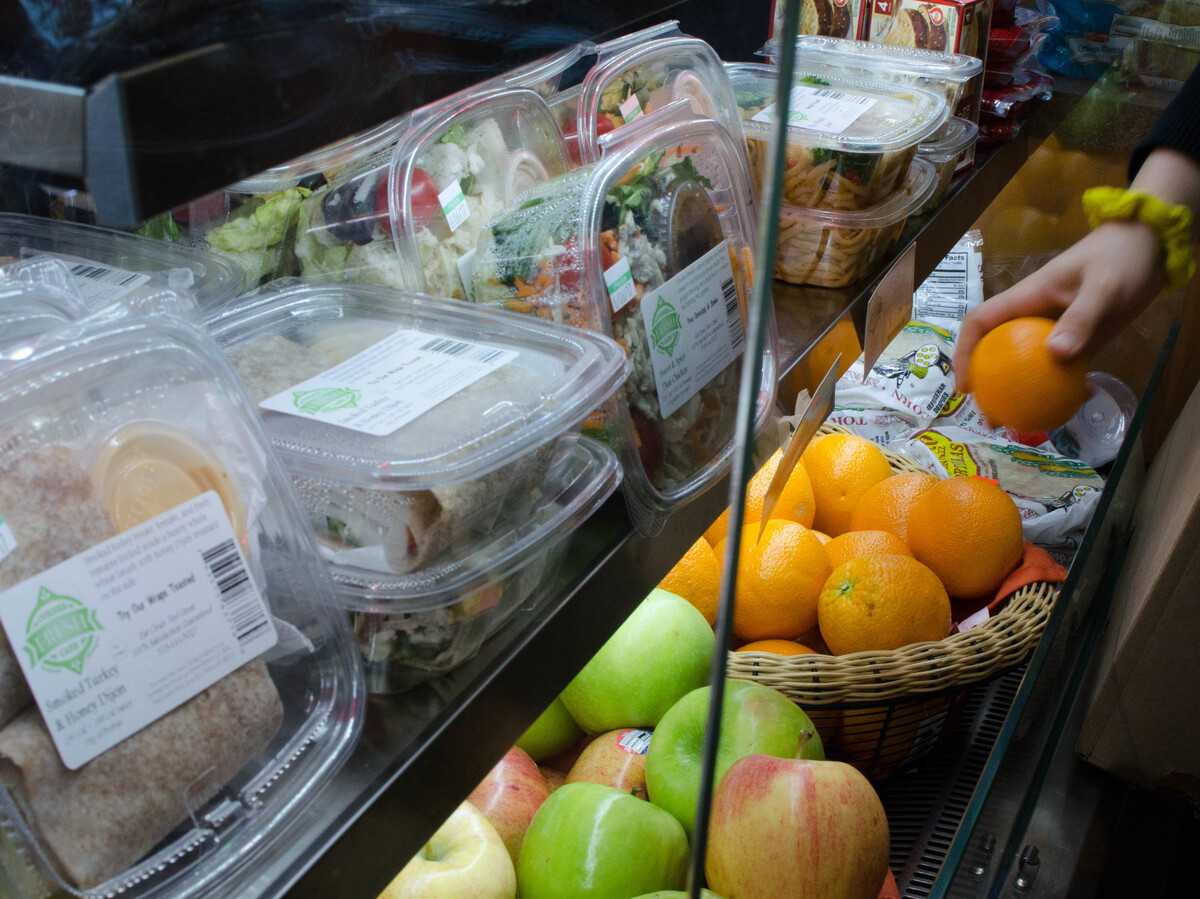 On a cold, sunny day in early February, Raphael Wright and business partner Sonya Greene inspect an empty building in the Linwood neighborhood of Detroit. Inside there are wooden panels on the floor, and drywall is placed over exposed bricks. The only clue of the building’s past is a sign that reads “Alcohol, Beeper, and Check Cashing”.

The Linwood neighborhood is located on the west side of Detroit and is still underdeveloped. There are few retail stores, countless empty lots and lots of empty buildings. But Wright and Greene see potential here. That’s why they chose this neighborhood to open a bodega that sells healthy food. As in other neglected neighborhoods, fresh fruit and vegetables are not a basic need here – they are a luxury.

Wright says it has been like this since he was a child.

“”I grew up in the 90s and I always say we were junk food babies, “he explains.” So we only ate our full courses in liquor stores, gas stations, and often in fast food places -to restaurants. “

Wright learned at a young age the cost of a diet based on practical, processed foods.

“I am a victim of food insecurity,” he says. “I’m 30 years old. I was diagnosed with diabetes when I was 19. Before I was old enough to have a drink, I was a diabetic.”

Wright wants the bodega, tentatively referred to as the Glendale Mini Mart, to pilot a full-range grocery store he plans to open in the future. The bodega offers fresh produce, ready meals and staple foods. He hopes it will be part of a larger mixed-use development that will include a barber shop, beauty salon, and apartments.

“”This is my opportunity not only to serve a community, but also to show evidence of this new, fresh concept of introducing healthier access to food in our communities, “says Wright.

Wright and Greene weren’t the first to recognize the importance of Detroit’s African American residents in accessing fresh food at reasonable prices. This awareness began more than 50 years ago after the uprising that rocked the city.

In late July 1967, one of the deadliest and most destructive civil unrest in the history of the country took place in the Virginia Park neighborhood of Detroit. What began as a confrontation between black residents and the Detroit Police Department lasted five days and resulted in the deaths of 43 people. More than 2,000 buildings were looted, burned or destroyed.

The riots were the culmination of high levels of frustration, resentment and anger among African Americans due to unemployment, poverty, racial segregation, police brutality and a lack of economic and educational opportunities. However, there was something else that wasn’t often discussed – food. 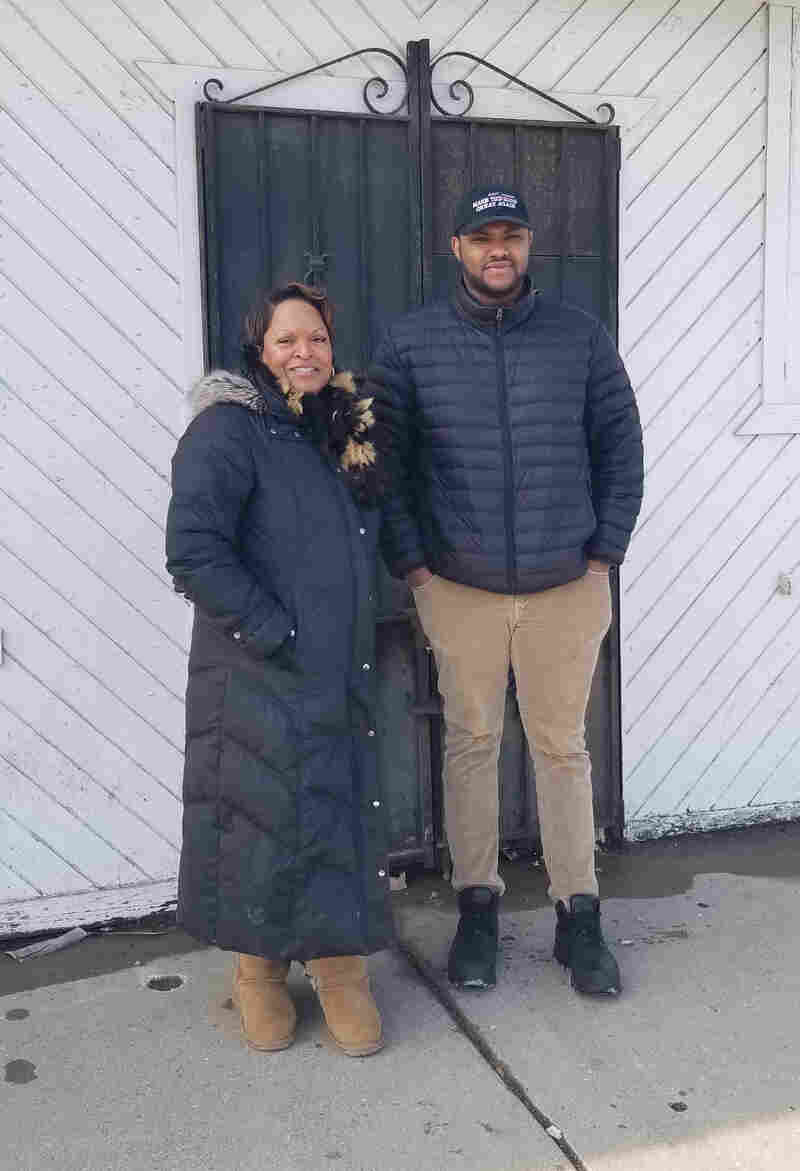 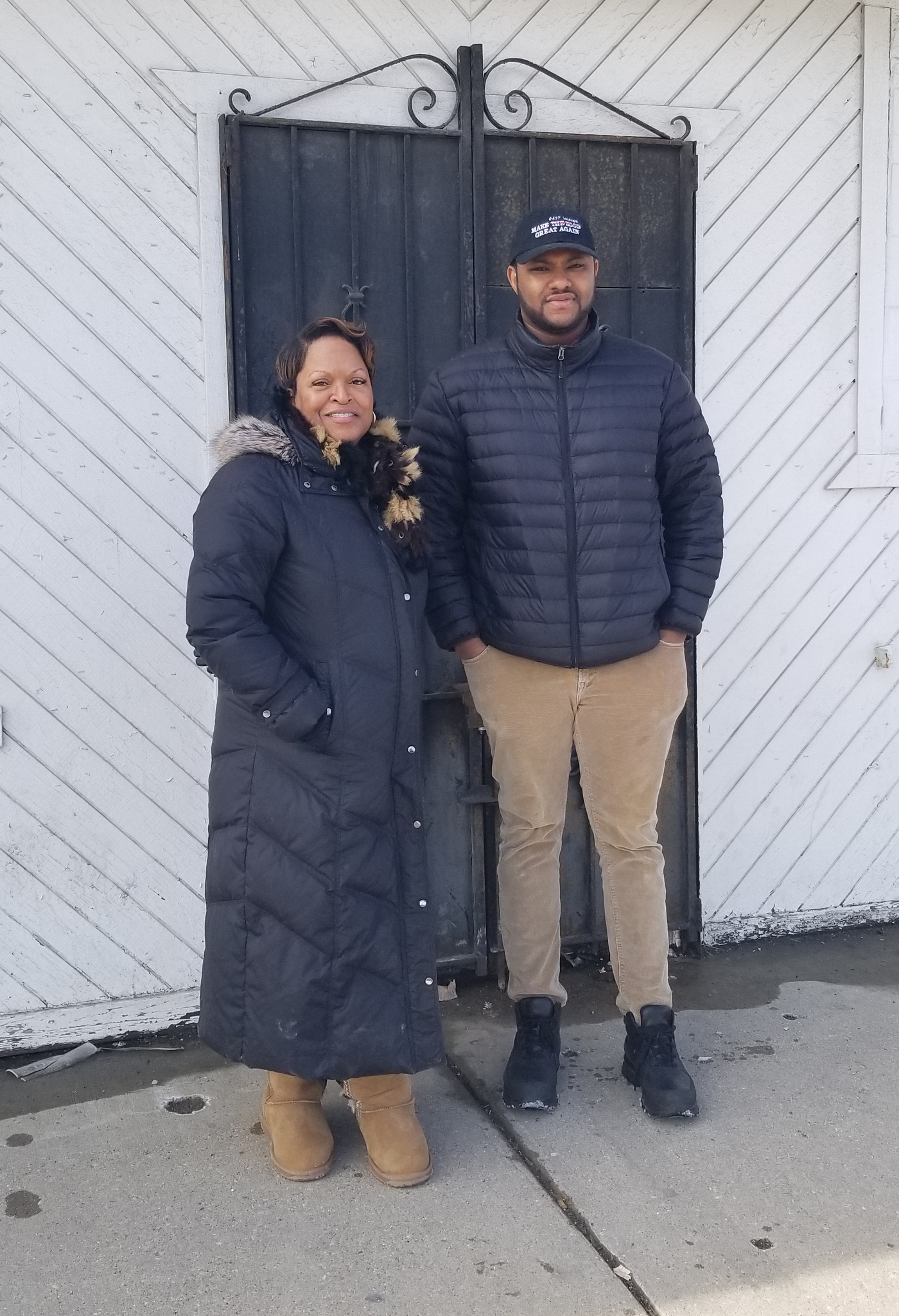 Sonya Greene and Raphael Wright plan to open a bodega that will offer fresh produce, prepared foods, and staples in an underdeveloped neighborhood.

According to Alex Hill, associate professor at Wayne State University in Detroit, there was “a fairly widespread hunger problem in the community” at the time. Hill’s research on the ’67 Rebellion focuses on food, power, and race. In many ways, it was a continuation of the work that began when the nonprofit group Focus: Hope began researching conditions in Detroit’s black neighborhoods in response to the unrest in the 1960s.

Focus: HOPE has educated the clergy and white Christian community about racism, poverty and other forms of injustice. In 1968 the organization published a consumer survey on food and drugs. The survey sought to answer three questions: Do the poor pay more for food? Does skin color affect service in store? Are food facilities and products the same for downtown and suburban shoppers?

To get answers, nearly 400 white women in suburbs and black women downtown were trained as undercover shoppers and sent to 300 grocery stores in metropolitan Detroit. The key findings were that poor downtown Detroiters paid up to 20% more for lower quality food. The survey also found that the quality of service, the condition of the store, the products, and the meat in the city chain and independent stores were not of average quality compared to higher income stores and suburbs.

The result of the survey provided a number of recommendations, some of which included a comprehensive consumer education program for poor and poor African American people. Negotiating with large chains to build new businesses in certain impoverished areas; Renovation of existing shops and equipment; and hiring African American personnel, particularly managers.

It is not known if the survey received a response.

Hill says today that the choices for black and white shoppers are still unequal. “If you think about these differences and access, they are still very real. They might look different, but I would say they are very similar as of 1967,” he says.

Hill explains that Detroiters travel to larger grocers on weekends out of town to stock up and use their local grocer during the week for smaller needs like eggs or milk.

“We often don’t think about the cost of time it would take Detroit residents to get to these places,” he says. “Transportation is kind of a regular conversation around town that makes it very difficult to access food of any kind.”

In Detroit, most of the city’s grocery stores are independent. According to the 2018 Detroit Food Metric Report, there are 71 full-size grocery stores in the city, but only two types of chain stores – Whole Foods and Meijer. In a city of 142 square kilometers and still predominantly African American, none of the grocery stores are black-owned.

The fight against food insecurity

Valaurian Waller is a co-owner of the Fresh Corner Café, which sells packaged products such as salads, sandwich wraps and fruit cups to corner stores, grocery stores and gas stations.

“People like to call Detroit a food wasteland, and it’s not,” she says. “It’s kind of a misnomer. There’s food in Detroit, it’s hard to get to.”

One of Waller’s partners is Peaches and Greens, a product market in the New Center neighborhood of Detroit. The store sells grocery items, dry goods, snacks, and other locally made groceries. Fresh Corner works directly with stores like Peaches and Greens. It also works with schools, the YMCA, and senior housing developments.

“Fresh Corner came up with the idea of ​​eliminating the middleman and bringing fresh groceries to places that people already go and that are easily accessible anyway,” says Waller. “If you go to your corner store to buy some groceries, it makes sense to come over to you.”

Waller grew up on the east side of Detroit, but attended middle and high school in Grosse Pointe, an affluent northeast Detroit suburb with a history of discriminatory real estate practices. While in school, Waller noticed the amazing differences in access to food between the two areas.

“The difference between a Kroger in Detroit and the Kroger in Grosse Pointe is ridiculous,” she says. “Just seeing the coexistence of these two worlds and seeing these experiences really inspired me that there had to be a solution. There has to be an awareness of the inequality in these issues.”

Back at the location of the future Glendale Mini Mart, Greene walks along the front of the building. She is a nurse who grew up in Linwood. The property has been in the family for at least 40 years and she bought the building from her family to open the shop. Greene says there has always been a need for healthy eating in Linwood.

“”It has to start with the educational component, “she says.” That’s pretty much about it. It teaches with love and understanding and says, “Yes, we know you did not have an option, but we are here to give you something else to choose from.”

Wright says the bodega is also about representation.

“We saw that our grocery stores are not representative of our communities,” he says. “So when we bring faces into the community who look like us, are local, and understand what we’re going through, the education part becomes easier.”

This story comes from the WDET member station in Detroit. You can hear the audio here. Brittany Hutson is a writer and freelance journalist and was a WDET Feet In 2 Worlds Fellow. Follow her on Twitter: @fedandbougie