Metro Detroit Halal restaurants are to find out how to stay afloat during Ramadan – the busiest time of the year for many. Everything is up in the air this year due to social distancing restrictions after Governor Gretchen Whitmer ordered restaurants to close for dine-in on March 16.

This year, the month of Ramadan, a holiday that coincides with the ninth month in the Islamic calendar, began on April 24th and lasts until May 23rd. During this time, Muslims around the world observe the holiday by fasting from morning to night when they fast, traditionally with dates and a meal shared with friends and family. Local Detroit subway restaurants are usually filled with people picking up takeout or treats before the evening iftar meal. Some restaurants also extend the hours into the wee hours of the morning to cater to the crowds offering late-night prayers for a pre-dawn meal called sehri or suhoor. But those big gatherings, buffets, and off-hours festivals are simply not possible this year due to the novel coronavirus, and more and more Muslim families are choosing to stay at home.

Still, companies are hoping the season will desperately improve earnings, which have been hurt by the widespread economic downturn. At Bismillah Kabob in Warren, owner Afzal Chowdhury said he recently reopened the restaurant for an expected Ramadan pick-me-up. When Michigan restaurants were closed to everyone but pickup and delivery, Chowdhury closed his restaurant for a month and laid off five employees. So far, he has not tried applying for small business loan assistance to help Bismillah recover.

Now reopened, like every year the restaurant will serve its Iftar boxes which will be packed by the restaurant staff. Made exclusively during Ramadan in many Bangladeshi restaurants in Metro Detroit, these boxes usually contain biryani, chana (fried chickpeas), fyazi (lentil donut), and fried eggplant, potatoes, and peppers, usually for less than $ 7 per meal. This year only one person is allowed to enter the restaurant at a time to pick up the Iftar box.

Chowdhury, who usually takes the holy month off to lead nightly prayers in New Jersey, will be praying at home with his family this year, helping to reorganize the business. He says sales have fallen 50 percent since the novel coronavirus crisis began, and he has adjusted his working hours to noon to 8:30 p.m.

In Dearborn Heights, the Ramadan Suhoor Festival is canceled this year, a food festival that attracts thousands to get a “taste of Ramadan”. Instead, smaller stores are considering how to switch to takeout options to cater to people looking for meals and treats.

The Cedarland Restaurant is typically a destination for Ramtan Iftar celebrations, but business has declined about 60 percent in the 2020 season. Michelle and Chris Gerard

The Cedarland Restaurant in Dearborn is hoping for a little business boost. Hussein Sobh and his brother Kassem Sobh own the 160-seat restaurant on Warren Avenue, which is usually a popular destination for large iftar gatherings. Prior to the month of Ramadan, Cedarland had lost roughly 80 percent of its business because it had gone completely into operation due to the novel coronavirus pandemic. As a result, the restaurant had to reduce its workforce from 14 to just three.

The Sobh brothers tried to apply for the first round of federal small business loans and missed. “I got a call from Wayne County today and they were leaking,” Hussein said during an interview in late April. As of Thursday, May 8, he hasn’t applied for the second round of loan funding, but says that business has picked up around 20 percent due to the holy month and revenue has increased to around 40 percent of normal levels.

On Greenfield Road in Dearborn, Kings Bakery (4618 Greenfield Rd.) Completely changed its format to run in response to the pandemic. The bakery is known as the “home of manouwich,” a Middle Eastern cheesecake made into a rolled sandwich that was recently featured in an episode of Ugly Delicious on Netflix. Unfortunately, every boost from its inclusion in the popular program was engulfed by the decline in coronavirus business.

During a typical Ramadan season, the restaurant is open from 8 a.m. to 6 p.m. and reopens for suhoor from midnight to 4 a.m. There are long lines for the manouwich, which comes in 17 flavors; The traditional maneuver comes in 44 options. The 55-seat bakery, which opened in 2013, is undoubtedly the busiest in Ramadan. “We always have one line,” says chef and co-owner Hassan Houssaiky.

Since the coronavirus pandemic spread across Michigan, Kings Bakery has suffered a blow, losing between 60 and 70 percent of its business. The restaurant had to lay off some staff, but Houssaiky says the restaurant has continued to receive a lot of support from its customers.

This year the bakery will be closed to customers during the day during the entire Ramadan month. In April, the bakery made frozen, ready-to-bake, frozen cakes and pie dough that customers could pre-order. At night the bakery is open every day except Monday until midnight with hot take-away meals. Outside, Kings set up tents with 20 numbered stations six feet apart, marked with an X to indicate where customers should be. When a customer’s order is called, they come to their assigned station to collect their packaged food from a basket. 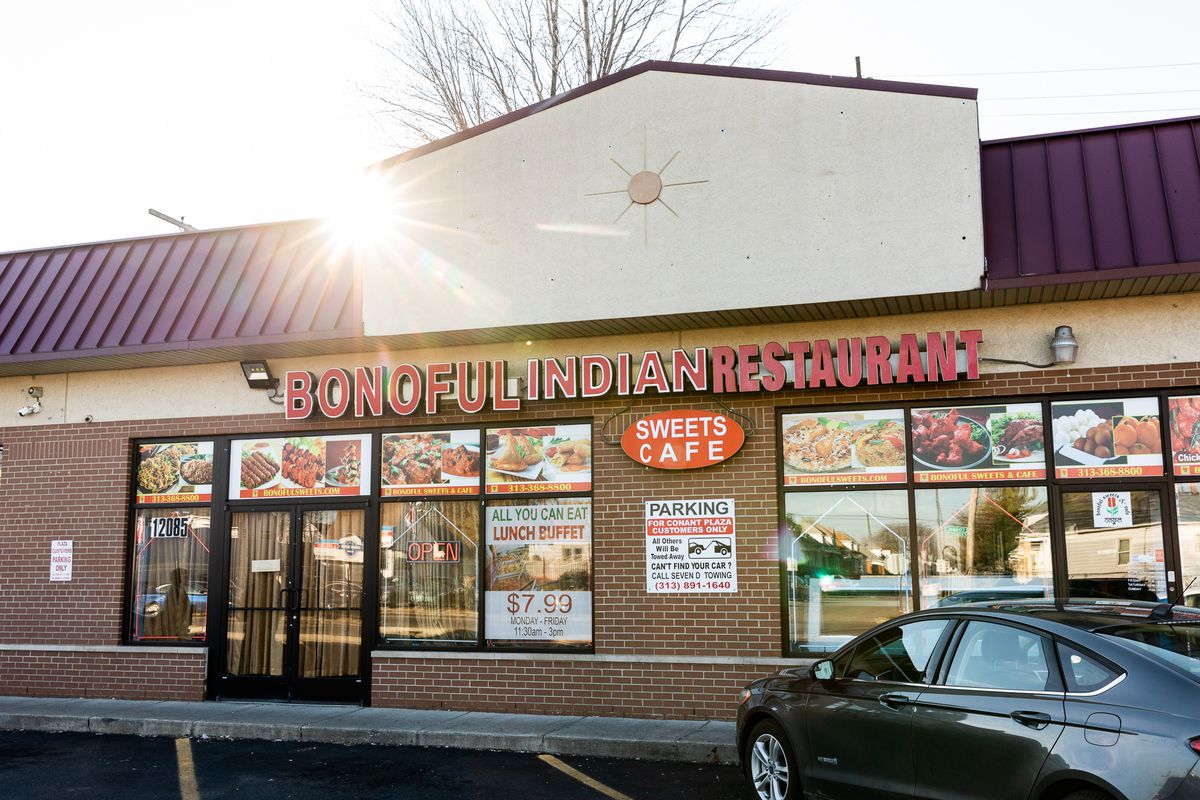 Bonoful reopened on April 22nd to prepare for Ramadan. However, the owners had to reduce working hours due to the low demand for their Iftar food. Michelle and Chris Gerard

Bonoful Sweets & Cafe, a Bangladeshi restaurant in Hamtramck, closed completely on March 23, a week after the restaurant’s dining rooms were closed by the state. Owner Oyez Ahmed says the restaurant reopened on April 22nd in preparation for Ramadan. “At this point last year we had already prepared everything for the whole month,” said Ahmed Eater on a Friday. “Everything is in the air.” Ramadan can either break or do business, says co-owner Mustak Ahmed.

The owners hope that the jalebi, a deep-fried batter cooked in a flavorful simple syrup, will propel business, and perhaps save it. It is the star of ramtan iftar foods in Bangladeshi restaurants. “Everyone likes [jalebi]“Says Mustak Ahmed.“ Some people come and stand in line two hours in advance in the past. ”Jalebi cooks are specially hired during Ramadan to produce up to 500 pounds of jalebi a day during the month Bonoful costs $ 5 a pound, and bonoful usually has two Jalebi chefs on hand during Ramadan, but when business is 50 percent down, the restaurant has to split up its shifts during the day so everyone gets fewer hours and both cooks only on for the busier afternoons.

Bonoful does its best to keep it safe. It’s open for takeout only and limits the number of customers inside, but the owners don’t expect the usual long lines. “We assume that we can serve and satisfy customers,” says Oyez. “We were asked to open for Jalebi.”

Eater is tracking the impact of the novel coronavirus on the local food industry. Do you have a story to share? Contact us at [email protected]