Detroit Lions head coach Dan Campbell explained what the team had achieved in the past few weeks ahead of the final Veteran’s mini-camp practice session.

He added, “It’s going to be two minutes today. So we’re going to do some stacks, bundles. We’ve done things in the walkthrough. We have some heavy sets, 22, 13-piece, and now we’re going to finish two minutes So, really, we have the core in. The core of the offense and defense and the special teams, we have at least built something like a foundation; they actually know what it looks like. “

Here are the key observations from Day 3 of the mini camp.

Jeff Okudah was back in training on Thursday. He participated in positional exercises but wore a bandage over his right eye after colliding with wide receiver Damion Ratley on Day 2.

Despite limited participation, Okudah was heavily involved on the sidelines during the Lions two-minute exercise.

He was spot on when he called the Lions offensive and assisted when the defensive backs had good cover.

Linebacker Jalen Reeves-Maybin and defensive lineman Austin Bryant were present but did not attend training.

Safety Tracy Walker was also not available for practice.

The Lions finished the exercises with two groups doing 7v7 in a two-minute exercise.

Backup Tim Boyle was also effective in the two-minute drill until cornerback AJ Parker intercepted him on the goal line.

Like most mini camps, both offense and defense were mutually supportive.

Wideouts who want to challenge each other

While he’s not the biggest wideout in the squad, his attention to detail was palpable throughout the week.

Tyrell Williams noted after practice that he and Breshad Perriman were trying to make games and had been consistent throughout the week.

It is obvious that the offense will handle risks very sparingly, so the intermediate and short passing games were mainly used.

Williams and Perriman should be the team’s top wideouts while Quintez Cephus and St. Brown move on.

On Thursday, Williams made a solid hold after a deflected pass from a defender.

Campbell was asked what the team plans to do with volunteer OTAs next week.

“I think we’re going to do a lot like we do now. I would like to cut back some of the early custom stuff, maybe some of the walkthroughs, and just get another segment of competitive 7v7 or kind of release work, stacking, bundling and things like that. I think it will be a lot like it is now, “he said.” The focus will be on the young boys, our players and all the players who are going to stay. It’ll be some of our rookies, some of these one or two year old boys. There are some people I know who remain (who) are three-year vets, four-year vets. It will be fine. “

Looking forward to the training camp

While most coaching teams will take time out, the details will be the focus when the coaches return before training camp.

“When you go to the (training) camp, they know what it looks like. Now we can really start training the details because look, we threw a lot to these guys. For me to know that we Got it right, and now, when we go to training camp like I said, we can really start fine-tuning the details. That’s really my focus, “said Campbell. “I can only worry about how we’re getting these guys to improve a little every day. Every day. No different from the season. We have to be a better team in week 18 than we were in week 1, a much better one Team Week That is the focus more than anything. It will always be about us, before any other opponent. “ 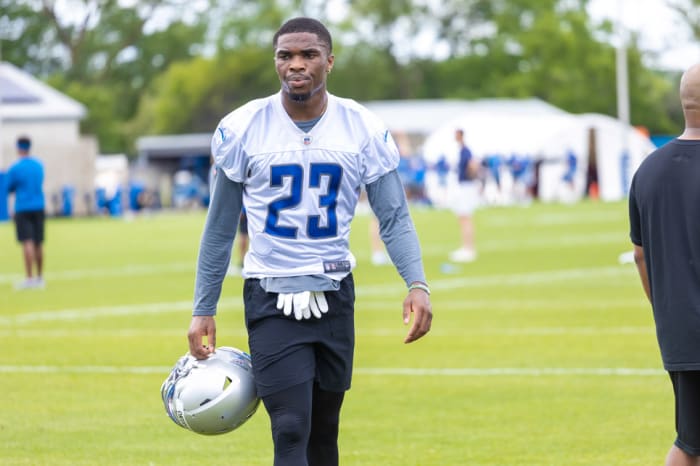 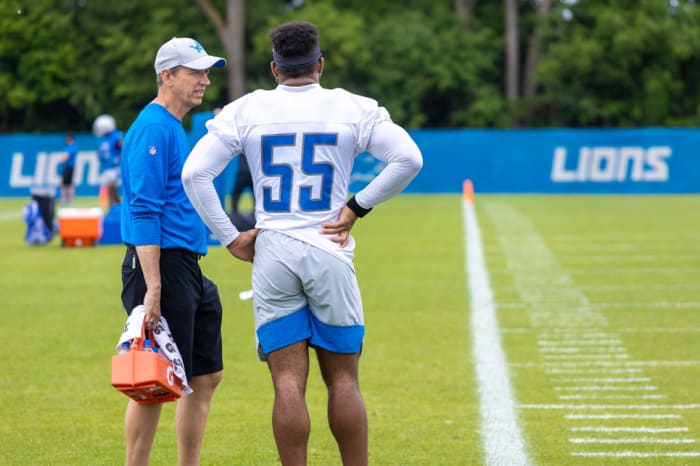 Dan Campbell says the team is “ahead of schedule”

Inside Allen Park: D’Andre Swift makes the highlight during the mini camp

Thinking outside the box can help grow the Detroit Lions franchise

10 Essential Players to Watch for at the Lions Mini Camp