The contemporary art gallery Library Street Collective has announced that it is moving from its current residence at 1260 Library Street in the heart of downtown Detroit to a new flagship building right next door on the ground floor of the historic LB King and Company building. The new gallery space will open next February with an exhibition of Sam Friedman’s work curated by KAWS and designed by the New York-based collaborative design practice Snarkitecture. The project is known for creating playful and unexpected public installations and ephemeral retail environments. It’s the first freestanding gallery space designed by the practice, and it’s also the first time it has worked on a historic building.

While it is certainly not a big step geographically for Library Street Collective, the transition to a new space merges the gallery further with The Belt, a “culturally redefined” alley with murals and artistic interventions that runs parallel to Library Street and directly behind it LB King Building, a six-story building built in 1911 as the headquarters of a porcelain wholesaler. A key feature of Snarkitecture’s design, simply referred to as the “Portal”, will serve as a direct link between The Belt, conceived and curated by Library Street Collective, and the new gallery space.

“The portal acts as both a window into the gallery and an architectural intervention within the belt,” stated Anthony Curis, co-founder of Library Street Collective, AN. “This duality is a synonym for our interests as a gallery, which find targeted ways to get outside the box into the community.”

As it turns out, Brick played a major role in creating the provocative, alley-centered intervention of the aperture, slashes, and architecture.

“We worked with the existing materials on site – the historic brick of the building facade – and also played a little with the existing condition of the window,” said Alex Mustonen, co-founder of Snarkitecture, who led the project team with Clarisse Empaynado and Breanna Urquhart. “By treating the brick as a sculptural material, we were able to slide and shape the opening to bring the outside of the belt to the inside of the gallery. What appears from the outside as a concave excavation shows up inside one-to-one as a convex sculptural form that pushes into the room. “ 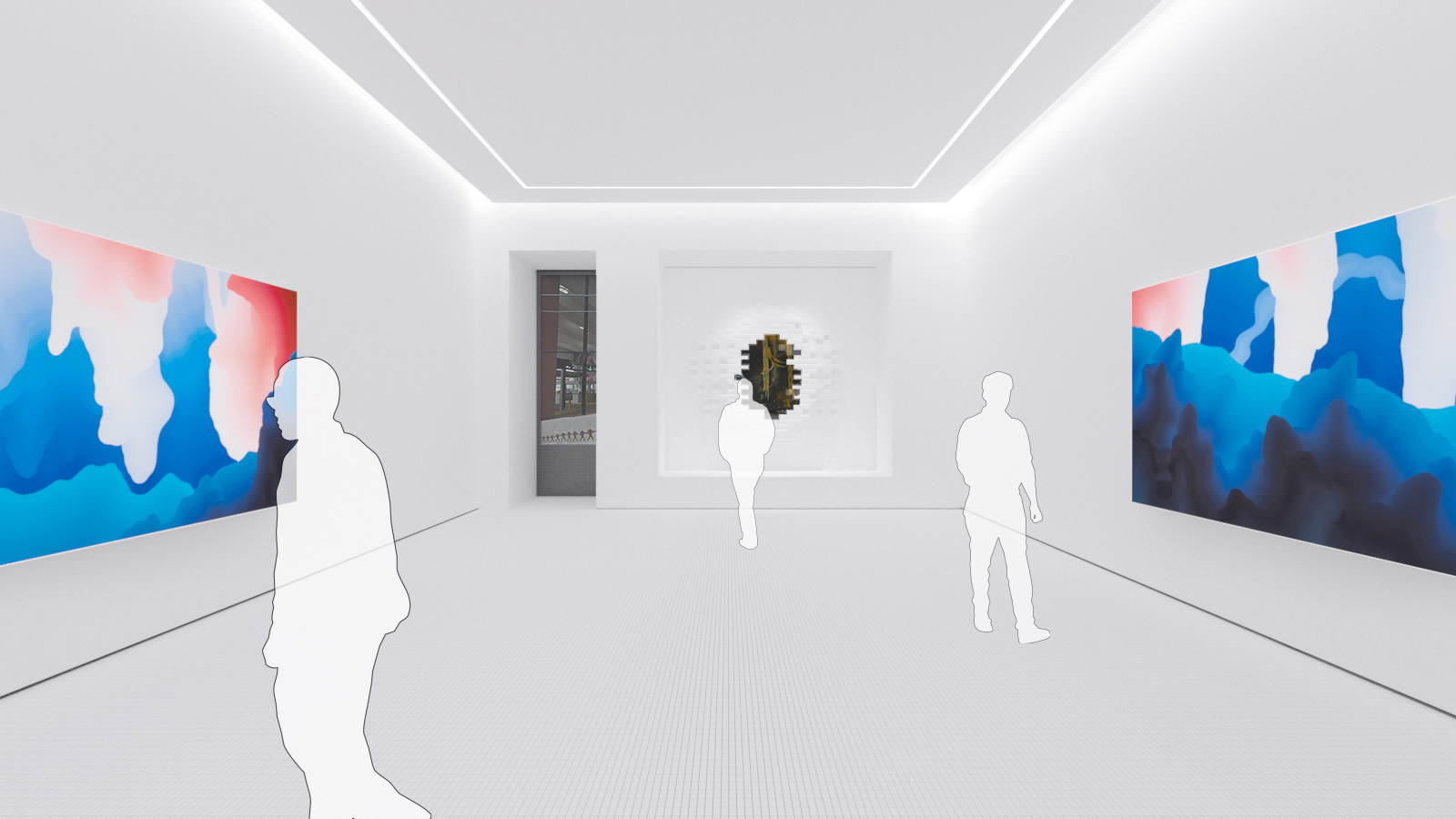 Mustonen added: “The portal through the facade of the gallery animates various aspects of the practice of Snarkitecture, but in particular the idea of ​​working between the disciplines of art and architecture. The piece is both an art installation in the context of The Belt’s public art program and at the same time a permanent intervention in the facade of the historic LB King and Company Building and reveals a window that looks into the gallery space. “

The white terracotta-clad LB King and Company Building, also known as the Annis Furs Building, was designed by Rogers and MacFarlane, a prolific Detroit company in the late 19th and early 20th centuries. The building was constructed in the commercial style, which was very popular in Chicago at the time, and was designated a Michigan State Historic Site in January 1987 and added to the National Register of Historic Places later that year. 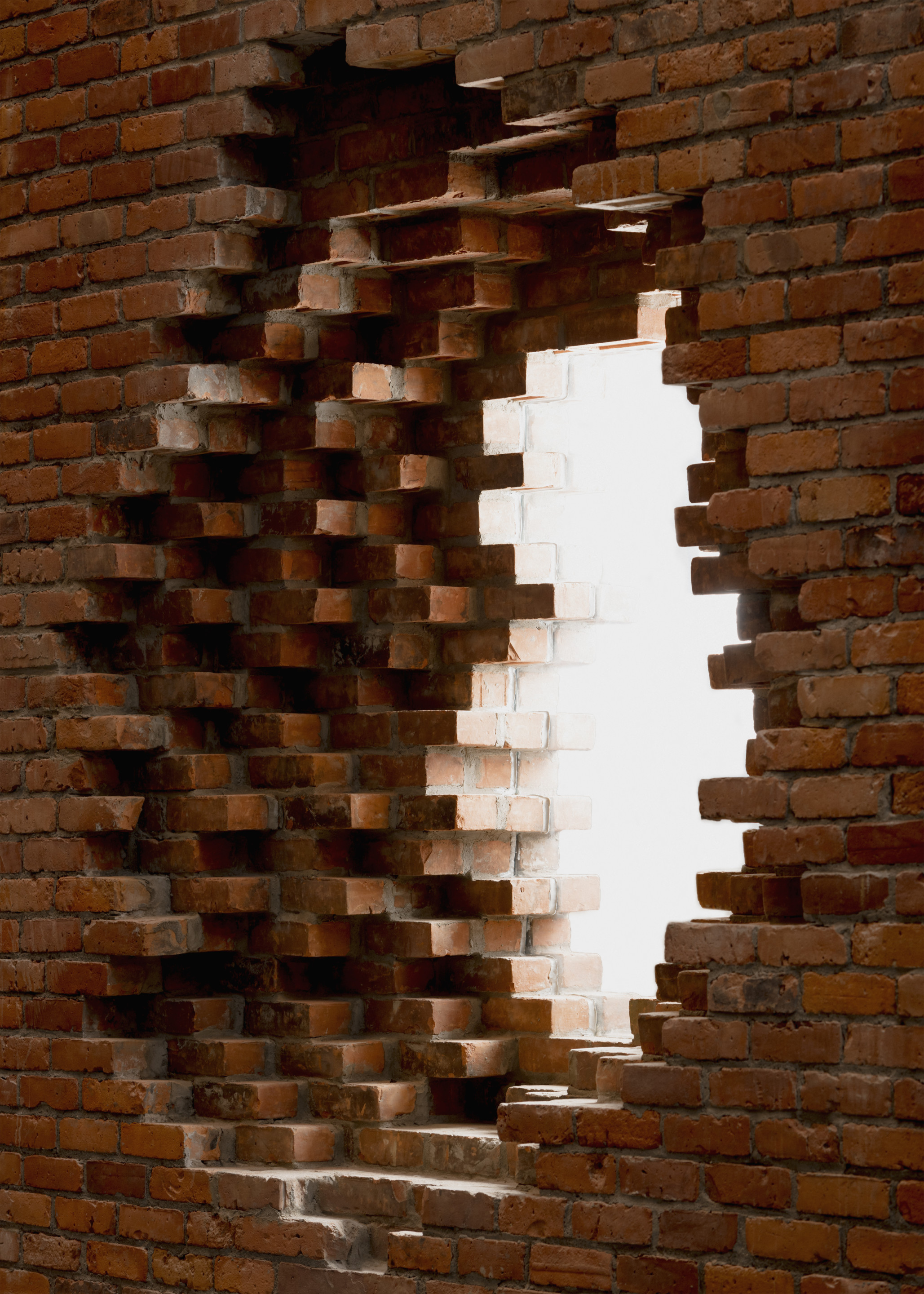 Curis Enterprises (Anthony Curis is also a real estate developer) and Bedrock Real Estate Services acquired the historic 36,000 square foot building in 2015. Curis advised AN that Library Street Collective will keep its current gallery space next door at 1260 Library Street and transition it for other purposes such as a private showroom and administrative office space. Library Street Collective’s sister gallery, Louis Buhl & Co., is also at the same address and can be reached via The Belt.

The upcoming flagship gallery space will take full advantage of the high ceilings on the ground floor of the LB King and Company Building and has flexible elements such as an exhibition wall that doubles as a partition. Mustonen noted that the “crisp, monochromatic shell within the historic structure enables a wide variety of works of art to be displayed and displayed through the Library Street Collective program”. 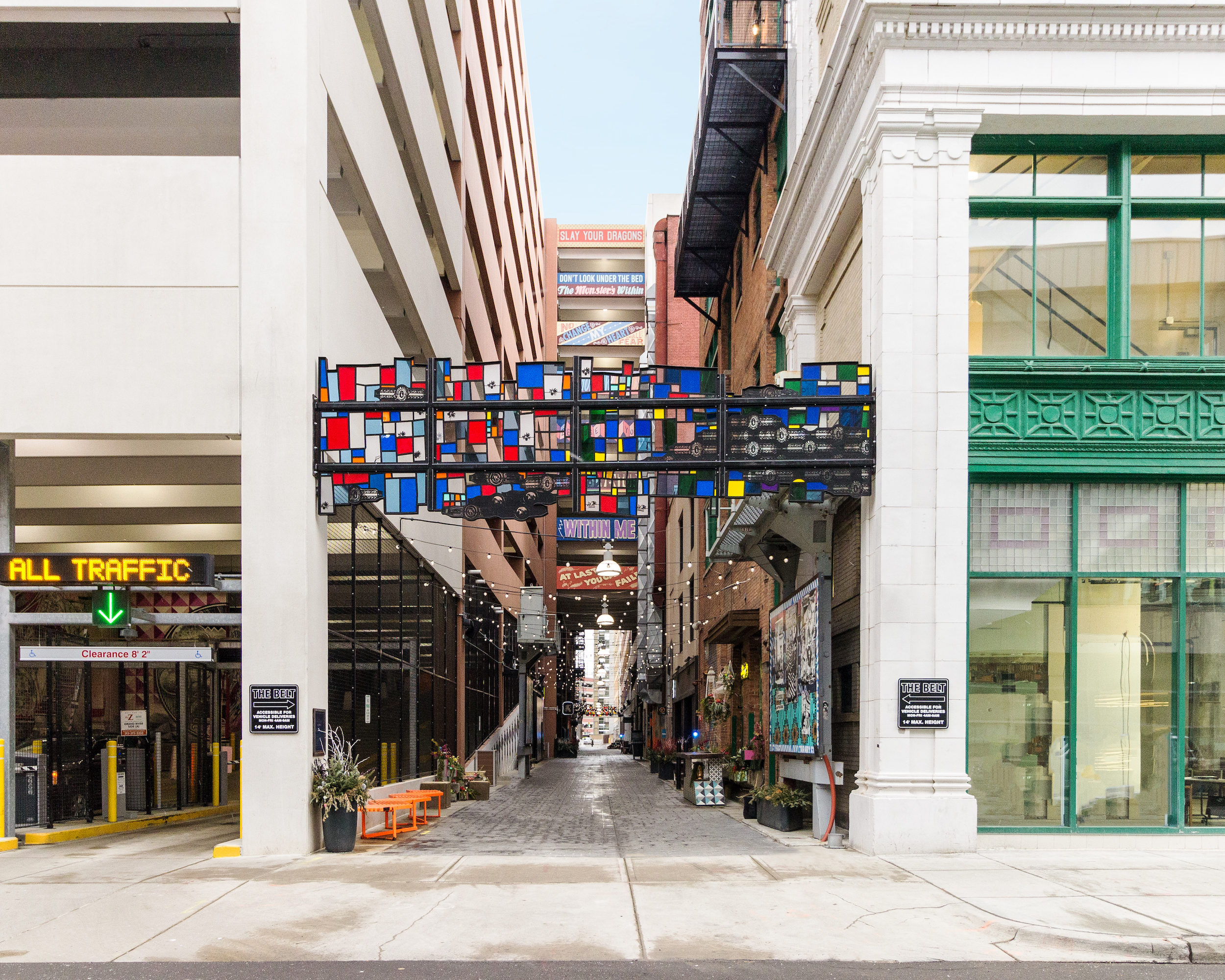 “The portal, and the project as a whole, seeks to create a moment of pause or wonder for visitors to The Belt and Library Street Collective, inviting them to peer through this strange, anomalous opening and explore the undiscovered worlds that are may be present in it, “added Mustonen.

Snarkitecture’s design for Library Street Collective’s new home is the second time the practice has partnered with the gallery. In 2019, the gallery designed and produced the Detroit edition of The Beach. The globally traveling interactive design installation was first commissioned by the National Building Museum in Washington, DC, where it debuted in the summer of 2015. In other news from Snarkitecture-in-the-Midwest, Daniel Arsham, co-founder of the practice, doing with Mustonen, was recently named creative director of the Cleveland Cavaliers. The first of its kind, as first reported last month, was initiated by Grant Gilbert, Director of Branding Strategy for the Cavaliers, and Curis.