DETROIT (FOX 2) – – Detroit’s Masonic Temple is celebrating its 100th anniversary and is an architectural masterpiece.

Michael Estime from FOX 2 gives us a glimpse into Detroit’s Masonic Temple in its 100th year since the groundbreaking ceremony.

On Thanksgiving Day 1920, the foundation stone was laid for Detroit’s legendary 210-foot Masonic Temple. It is the largest Masonic temple in the world with over 1,000 rooms including three theaters, three ballrooms, a swimming pool and even a bowling alley.

“On Thanksgiving Day, November 25, 1926, the building was officially inaugurated. Construction took about six years from start to finish,” said Moore.

Although thousands of Metro Detroiters have been to the Masonic Temple for concerts, weddings, and public events, it serves Metro Detroit’s Mason community.

“There were 50,000 bricklayers in the city of Detroit who needed a home,” said Moore.

What is a bricklayer?

“A man who took a series of oaths and obligations within a Masonic lodge to embark on a path of learning, knowledge, self-discovery,” said Moore.

The exterior of the Masonic Temple was built in neo-Gothic design and resembles a cathedral or a castle, but inside, “It’s very diverse. Most of the rooms have a particular architectural style,” said Moore. 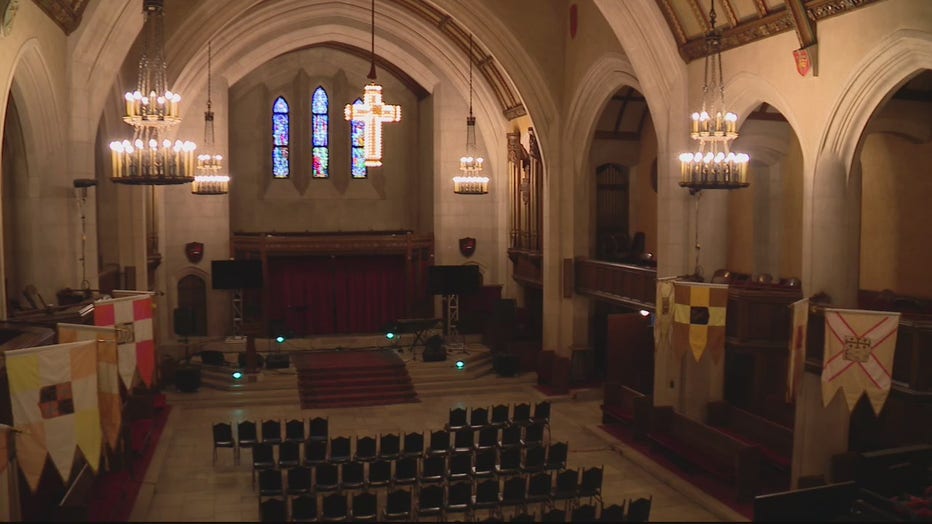 The Masonic Temple’s unfinished pool and spa, which are part of an entire sports complex, are rarely seen by the public.

The Masonic Temple is perhaps best known for its beautiful theaters, including its rarely seen unfinished third theater.

Of the 1,037 rooms in the Masonic Temple, perhaps the most impressive is from the roof.

“There are some very nice rooftop views too. It’s a nice view of downtown Detroit.”

From its detailed architecture to its rich history, the Masonic Temple has been a celebrated part of Detroit since the first brick was laid 100 years ago.

If you want to discover Detroit’s Masonic Temples, they offer behind-the-scenes tours every first and third Sunday of the month under normal operating conditions.