Does Detroit have a singer/songwriter scene?

“Growing up, I always equated the Detroit music scene with great rock and roll and Motown like Bob Seger, MC5, Smokey Robinson, The Temptations and those who made their careers there like Alice Cooper and KISS “Says Ned Hill, a Nashville singer / songwriter who has been coming to Detroit for about a dozen years. “When I started there, I was surprised that there was such a great folk and Americana scene going on. And I was very grateful that they welcomed me into it. “

It turns out that the Detroit singer / songwriter community is as large and diverse as Metro Detroit. Downriver has a songwriting community. So are the west boroughs, the Woodward Corridor, and the east side. Much of it, like many of the various music communities here, revolves around the music bars and clubs of Detroit and Hamtramck.

Just as there are “country bars” and “Irish bars”, there are also “songwriter bars”, although perhaps without branding. Usually these are the places where popular open mics and songwriter nights are held, the cornerstone of the singer / songwriter community. These days it seems like the New way in Ferndale and the Ghost light in Hamtramck carry the torch along with coffee shops like that Plymouth Coffee Bean Company in Plymouth and the Swallowtail in Warren.

A good open microphone is an integral part of maintaining a resilient songwriting community and one of the ways that Metro Detroit’s songwriting community stays empowered. Stick to a good open mic long enough and it’s inevitable that some of the more established songwriters will remember open mics from five, ten, and even 20 years ago. You’ll hear stories about the Gotham City Café in Ferndale and the Bittersweet Coffee House in Detroit – places that have long since closed and are still being discussed in the community. 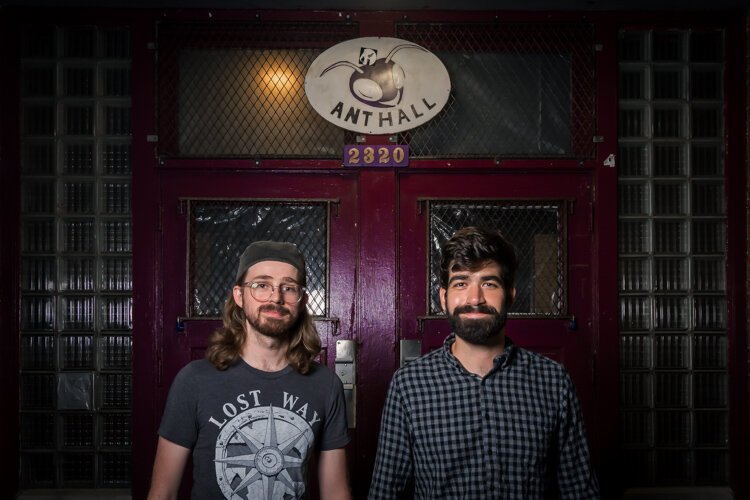 The key is spaces that create “listening room” environments where even the noise of a bar room falls into a muffled silence. A good open microphone will attract even the most seasoned songwriters who want to try new material, shake off the dust, or see old friends.

It was the songwriting night over Union Street in Detroit, moderated by the local songwriter Audra Kubat, who was enthusiastic Dave Toennies. Toennies is from southwest Illinois and attended Lawrence Tech School when he discovered Union Street. He credits the open mic for not only encouraging him to keep making music, but keeping him in Detroit as well. Toennies now leads the Detroit Windsor International Band Border Guard and hosts the open microphone in the Ghost Light.

“An open microphone, one of the great things about it is the wide variety of talent. You get people who are just starting out and are still trying to get comfortable. You will get people, maybe they just got back from a tour, maybe they’re here to work out a new song and want to try it out in front of people. It’s this great equalizer. There is nothing like it, ”says Toennies. 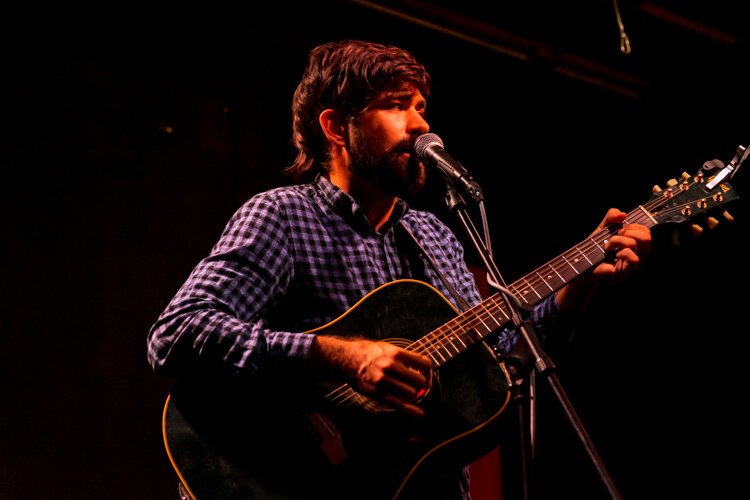 “An open mic is that special time of the week when all these people are on the level together.”

Kraus, who also SCOTTcast podcastI came up with the idea for the shipping simply by being a fan, albeit a frustrated one. Kraus went to shows and open mics week after week, complaining that the musicians he enjoyed weren’t getting the attention he thought they deserved. So he teamed up with Toennies to form the shipping department and make the conversations songwriters have among themselves public, stories normally reserved for the bar.

“When you go out and hear live music from some of these people in Detroit, it’s not like you’re listening to ‘local music’. You will see these brilliant artists doing that for little money, and you will get an experience that your favorite artist is right in front of you, which people pay hundreds of dollars for, ”says Kraus.

“The value of this scene isn’t getting the attention I would like.”

Having recently celebrated its first year, the podcast has interviewed dozens of local songwriters so far. Both Toennies and Kraus say they noticed similar storylines among songwriters.

“Give someone an acoustic guitar and they’ll end up writing songs,” says Toennies. Get them into a good open mic community and they will keep writing songs.

Kraus and Toennies refer to a quote from Don “Doop” Duprie, a revered River Rouge songwriter when talking about the connections between regional songwriters. Duprie says songwriting reports. They write about the details of daily life which, once turned into a song, become universal.

Another common songwriting theme is found in the identity of the region so that the stickness persists.

“What I think gives it character is its working class, the camaraderie among people and artists, and the pride they have in their city,” says Nashville’s Ned Hill.

“When it was difficult, they would gather around each other. I loved that and I love the great music that comes out of it. “

Mike Galbraith is Metromode’s news editor and an accomplished singer-songwriter. Check out his work here.