A modernist housing estate in Detroit designed by Ludwig Mies van der Rohe is captured in photographs by the architect and local Julio Alberto Cedano.

The project, called Lafayette Park, was built in 1959 by the German-American architect and consists of two super blocks of different sizes. 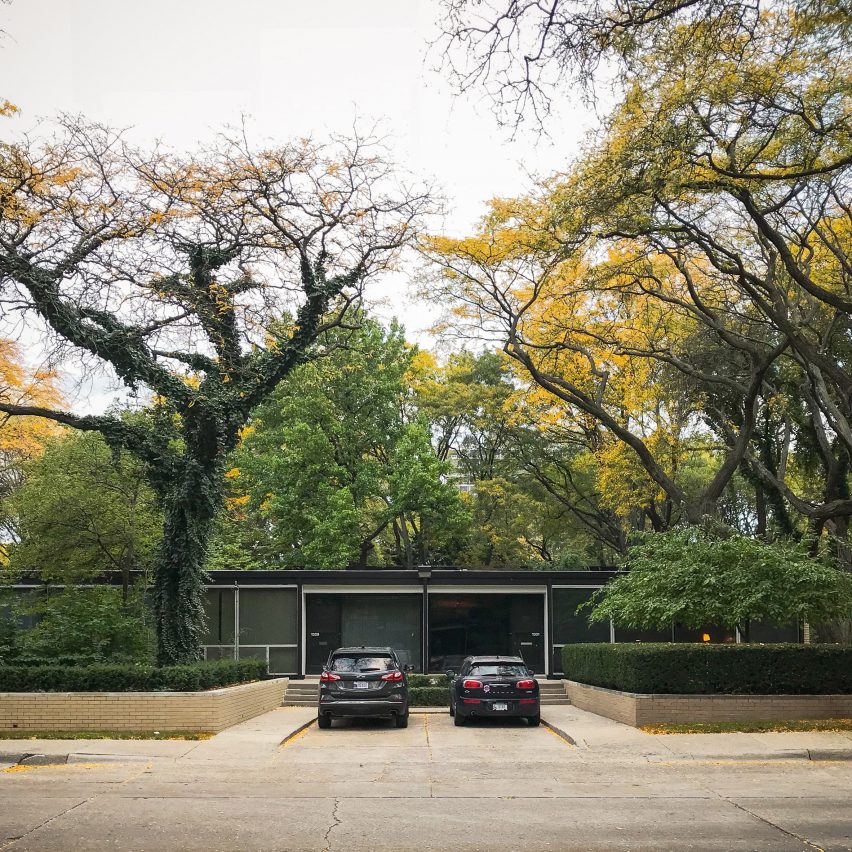 Cedano photographed the development, which represents the largest collection of residential buildings by Mies van der Rohe, to pay homage to the design. For four years he has lived in an apartment in one of the two Lafayette towers, which are 22 stories tall. “Living in the Lafayette Towers allows me to document different moments through the changing seasons, with new color palettes reflecting off the glass facades creating visual excitement,” Cedano told Dezeen.

“It is a unique opportunity to live like in an active museum of Mies buildings.” 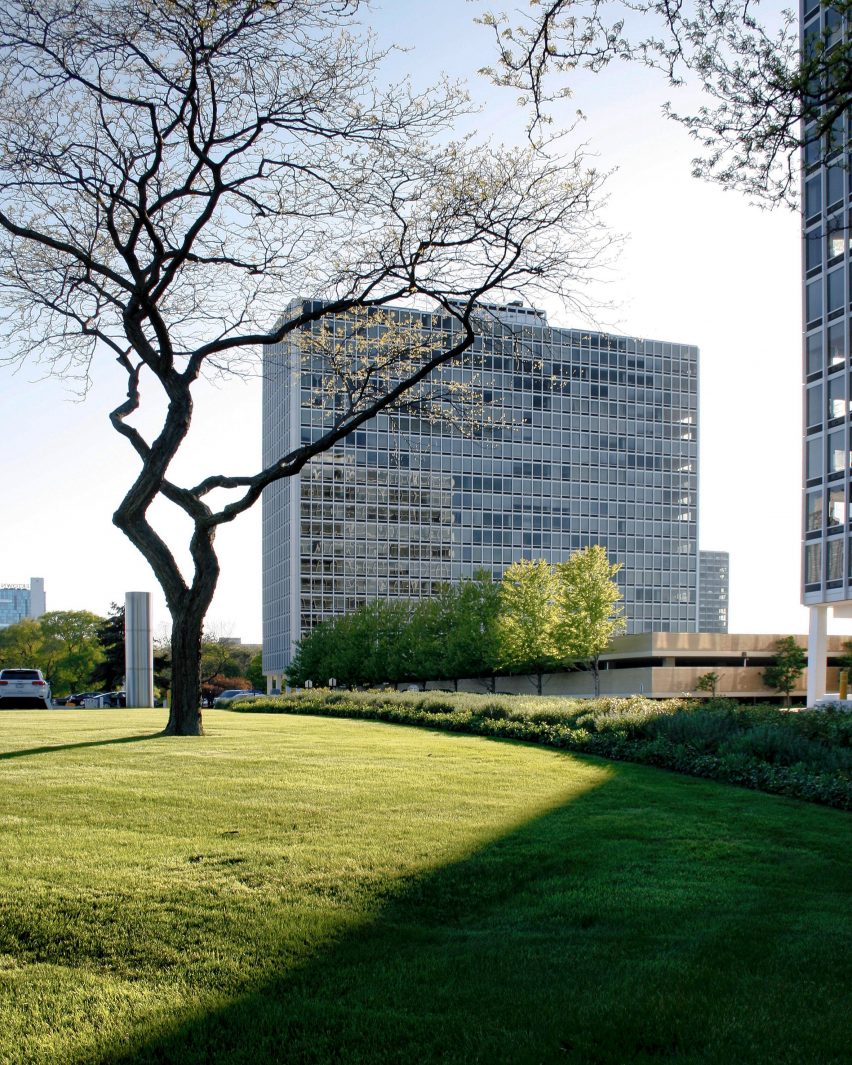 Lafayette Park spans 18 acres and encompasses a variety of buildings, from modernist high-rise condominium towers to two-story modular townhouses to single-story apartments. The center of the area is defined by a greenway and many trees and plantings are scattered throughout. 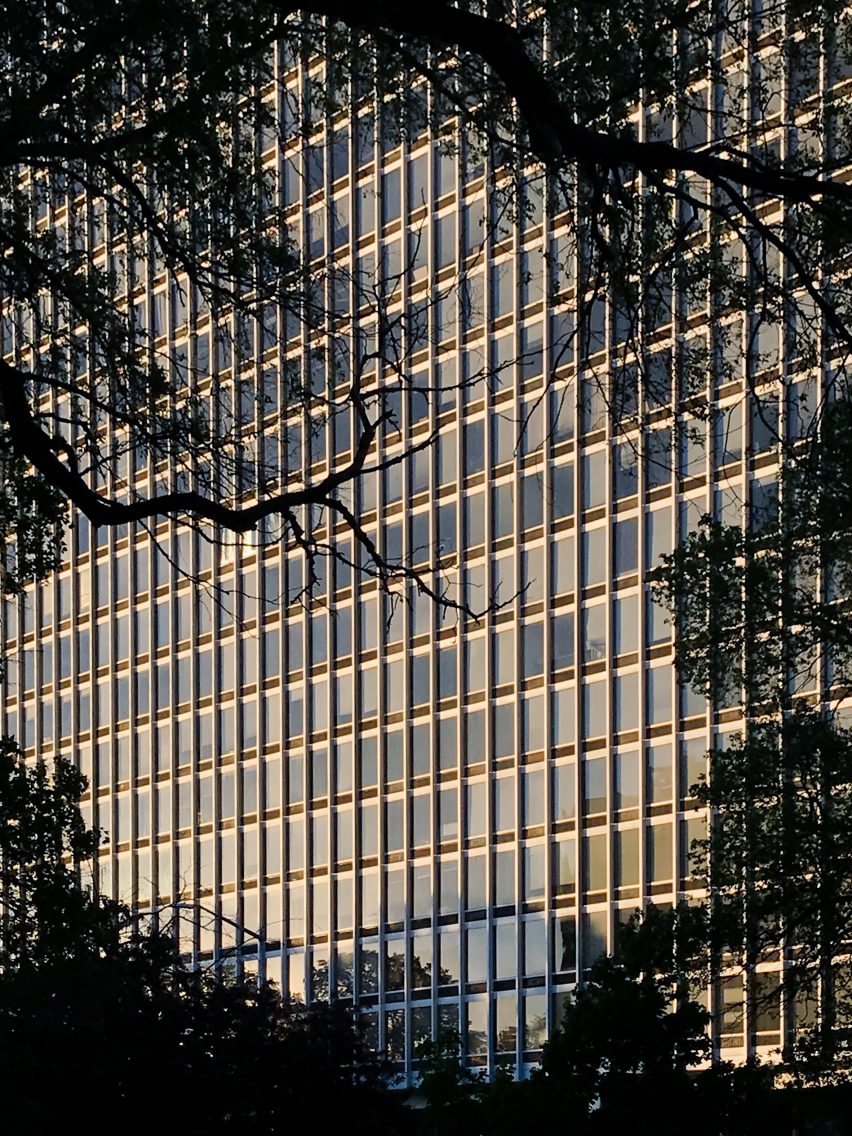 “In Lafayette Park, van der Rohe creates a dramatic dialogue between architecture and nature,” he said. “The geometry of the grid next to the natural surroundings is impressive. Nature creates the space that frames the architecture and lets the simplicity of its beauty radiate.” Developer Herb Greenwald previously worked with the architect on his Chicago apartments at 860-880 Lake Shore Drive, which were completed on the city’s lakefront in 1951.

Before moving to Detroit, Cedano studied architecture and urban design at Columbia University in New York City. He currently works as an urban planner for the planning and development of the city of Detroit and uses photography to deal with architecture.

“As an architect and urban planner, I am constantly taking photos of my surroundings, be it with an iPhone or my DSLR camera, and I use photography to observe and understand light, space and the built environment,” he added. Cedano created the photo series with architectural historian Jacqueline Taylor, who also lived in the complex and worked in Detroit’s urban planning department, but now lives in Berlin.

“Lafayette Park offers a residential model that combines density and diverse living options with a respect for nature in an abundance of green spaces where the limbs stretch, the lungs expand and the mind can feel a sense of freedom,” Taylor told Dezeen . 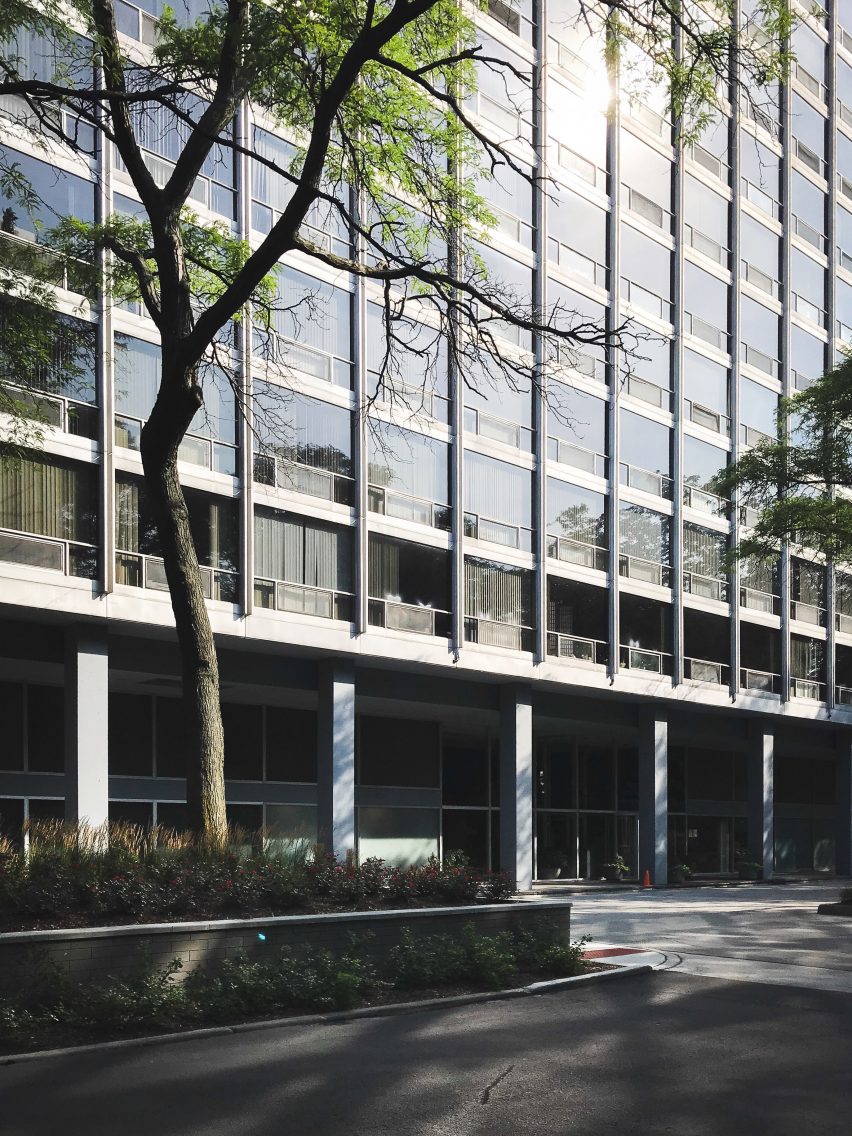 Mies van der Rohe is one of the most important architects of the 20th century. Known simply as Mies, he was the last principal of the Bauhaus School and lived in the United States and directed the Illinois Institute of Technology (IIT) in Chicago.

His other projects include Farnsworth House in Illinois, which was illuminated with red lasers in an installation by Iker Gil and Luftwerk. The duo also created a similar lighting design for the architect’s Barcelona Pavilion.