Jarmain began photographing the vacant public buildings in 2010 when their fate remained uncertain due to a slowdown in Detroit’s economy following the 2008 crash. 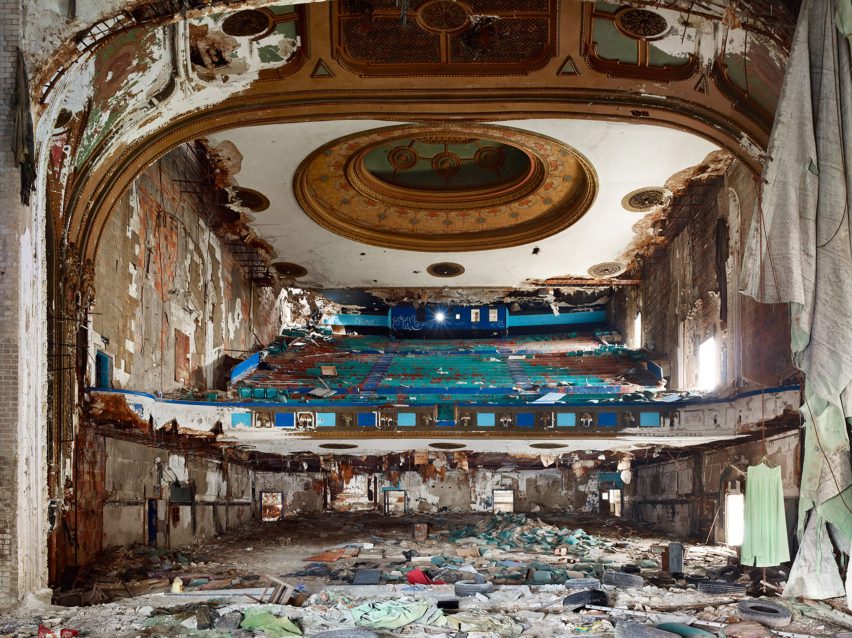 “At that time, really significant pre-Depression buildings were being destroyed at an unprecedented rate,” Jarmain said. “They were the victims of demolition, arson or scrapping.”

“It turned out that they needed to be carefully documented before they were destroyed. There was an urgent need to document these structures,” he added. “Many have since been torn down or burned or collapsed.” Many of the buildings were completed in Decorative Art Deco and Neoclassical styles around the turn of the 20th century, including St. Agnes Church, the Eastown Theater, and the Lee Plaza Hotel. They represent an era of opulence in the city before the Great Depression in the 1930s.

“Detroit was known as ‘The Paris of the Midwest,’ and its architecture was on par with New York, Chicago and Paris,” said the photographer. “It must have been so noticeable in the early 1900s.” The photographer traveled to the city 14 times in the years after 2010 to collect a portfolio of 58 images, which he presented for the first time in 2013 in San Francisco DetroitBankruptcy declaration.

Jarmain is now raising funds to transform the series into the book American Beauty, The Opulent Pre-Depression Architecture of Detroit. Read on for his description of the project:

My mother’s family is from Detroit. After the 2008 economic crash, Detroit was hit hard and I was concerned. In 2010 I traveled to Detroit to check out the state of the city myself. At that time, really significant pre-Depression buildings were being destroyed at an unprecedented rate. They were the victims of demolition, arson or scrapping.

It turned out that they needed to be carefully documented before they were destroyed – there was some urgency to document these structures. I then made about 14 trips to Detroit over a number of years to photograph buildings that I thought were significant. Many have since been demolished or burned or collapsed.

Studying the architecture of a city is a fascinating opportunity to get to know the history of a city: “Architecture is the printing press of all ages and gives an overview of the state of the society in which it was built”. I was hugged by Detroit locals who took me to every major building in this wounded but incredible city. 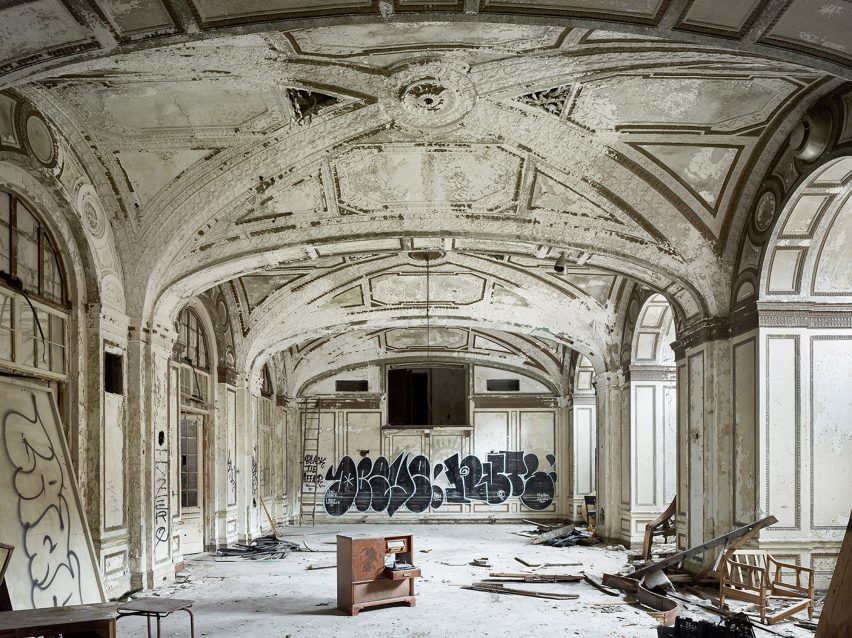 Sean Doerr, a local historian, was 21 years old when I first met him. He has been passionately researching and documenting these structures since he was 13 and published his first book at the age of 17. Sean taught me so much about the architecture and history of this city. He also helped research for this book, American Beauty. I learned that there were some really passionate Detroit city residents who felt it was really important to share Detroit’s history.

Detroit’s architecture was on a par with New York, Chicago, and Paris

Detroit was known as “The Paris of the Midwest” and its architecture was on par with New York, Chicago and Paris. It must have been so noticeable in the early 1900s. A city that was responsible for so many innovations in the 20th century. You also learned about the effects of racism and “The White Flight”. The race riots in the late 1960s, from which the city may never have recovered. Globalization led to the closure of so many legendary factories.

However, Detroit filed for bankruptcy in 2013, and a friend bought a few homes for $ 2,000 each at the time. But after that bankruptcy, you saw Detroit “rise from the ashes”. Young entrepreneurs are creating innovative small businesses that are breathing new life into these old buildings. Incredible new bars and restaurants that had real character and were really unique and of great quality. And some of the pre-Depression architecture has finally been restored after standing empty for decades.

I’m sure Covid 19 is affecting Detroit in a bad way right now, but this is a heartfelt crowd of entrepreneurs – a resilient group.

The Michigan Theater is completely surreal

I have a number of favorite buildings, but I’ll mention one in particular as it’s fully accessible. So if you visit Detroit, give it a try. It’s Michigan Theater, and you can recognize this interior because it was featured in the Eminem movie 8 Mile. In the center of the abandoned theater, a massive opulent theater from the early 1900s in downtown Detroit that had been gutted and a three-story concrete parking garage was built. The originally decorated ceiling is still intact directly above the parking lot. It’s completely surreal. At times you have felt worried about your safety and camera equipment. The crime rate was very high and you could hear gunshots from time to time. We never traveled alone and sometimes let the police know when we ventured into particularly dangerous areas. I think it has definitely improved and the downtown area feels perfectly safe.

Joe Biden was vice president, he attended a conference in Detroit in 2012 while I was in town, and he stayed at the Westin Book Cadillac Hotel. The story goes that his truck with security equipment was stolen from the hotel parking lot.

Detroit has come a long way since then. I think it’s a really standout city to visit for food and drink and art. Keep in mind that the DIA, Detroit Institute of Arts, is located in this city and has one of the most impressive art collections in the United States, including the incredible Diego Rivera Murals.

This project was originally intended solely for an art exhibition that opened in San Francisco in the summer of 2013, the same summer that Detroit filed for bankruptcy. So it was important to me that the photos could be printed very large – 60 x 80 inches – and still have incredible clarity and detail so that you can see the complexity of the hand-painted plaster ceilings in these interiors or in the ornate facades of these structures. 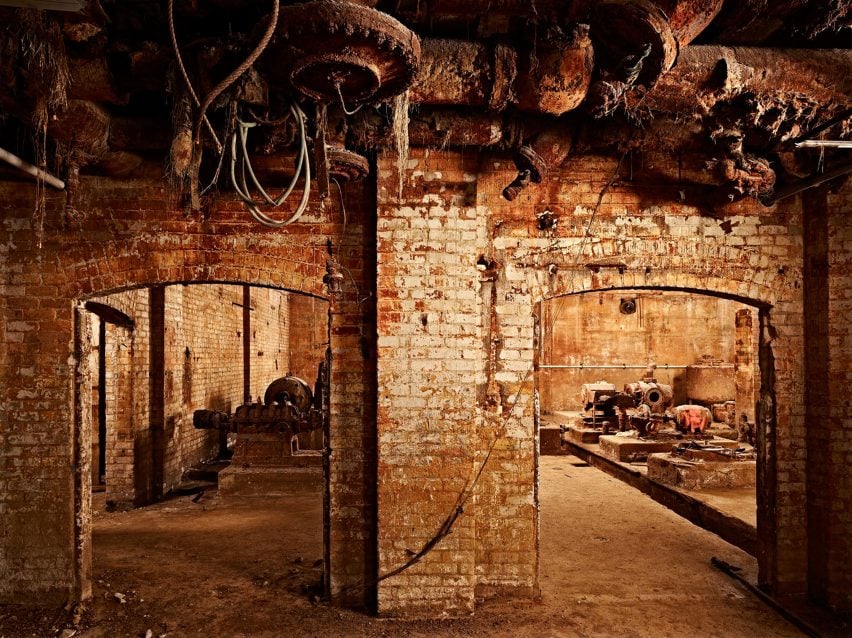 I used a technical cambo camera with Phase One digital back and Schneider lenses. To this day, these are digital cameras of the highest quality for architectural work. The camera allows you to correct the perspective “in the camera” so that the lines stay parallel and you don’t get convergence. And the digital backs are very high definition; 100 megapixels, but you can also slide the sensor mechanically so you can stitch images into massive files of up to 200 or 300 megapixels. The prints hold up very well in large formats and look amazing in this new book. Great detail, but not overly sharp like some digital files.

When things calm down, if you’re a photographer or just love architecture and history, I recommend visiting Detroit. It’s a wonderful city, and the people of Detroit make wonderful hosts. It’s a city that I really like.

Detroit’s first pick will set tone for roster decisions ahead