The ornate book tower, designed by renowned architect Louis Kamper, is an impressive work of Italian Renaissance architecture. The decorations – especially the columns, flowers, and figures – on the outside of the 38-story building have been admired since it opened in 1926.

Anyone can see these details (although you may need binoculars to really appreciate them). Few have seen the interior of the building since the last commercial tenant in 2009.

As part of the Detroit Month of Design, Bedrock Detroit offered a rare glimpse of the Book Tower and the building and conducted a tour with more than 100 guests on Saturday, September 7th.

Bedrock bought the building in 2015 and has since secured and tidied it up. Earlier this month, she announced ODA as the head of architecture for the redevelopment and released some preliminary draft plans. It is expected to cost $ 313 million and be completed in 2022.

Tour participants were shown the first floors, which become a large lobby with the skylight reappearing. the 13th floor, which is being converted into residential units; and the 32nd floor, which will most likely be a hotel.

Check out some amazing photos from the tour.

Entrance from Washington Boulevard to the Book Building. 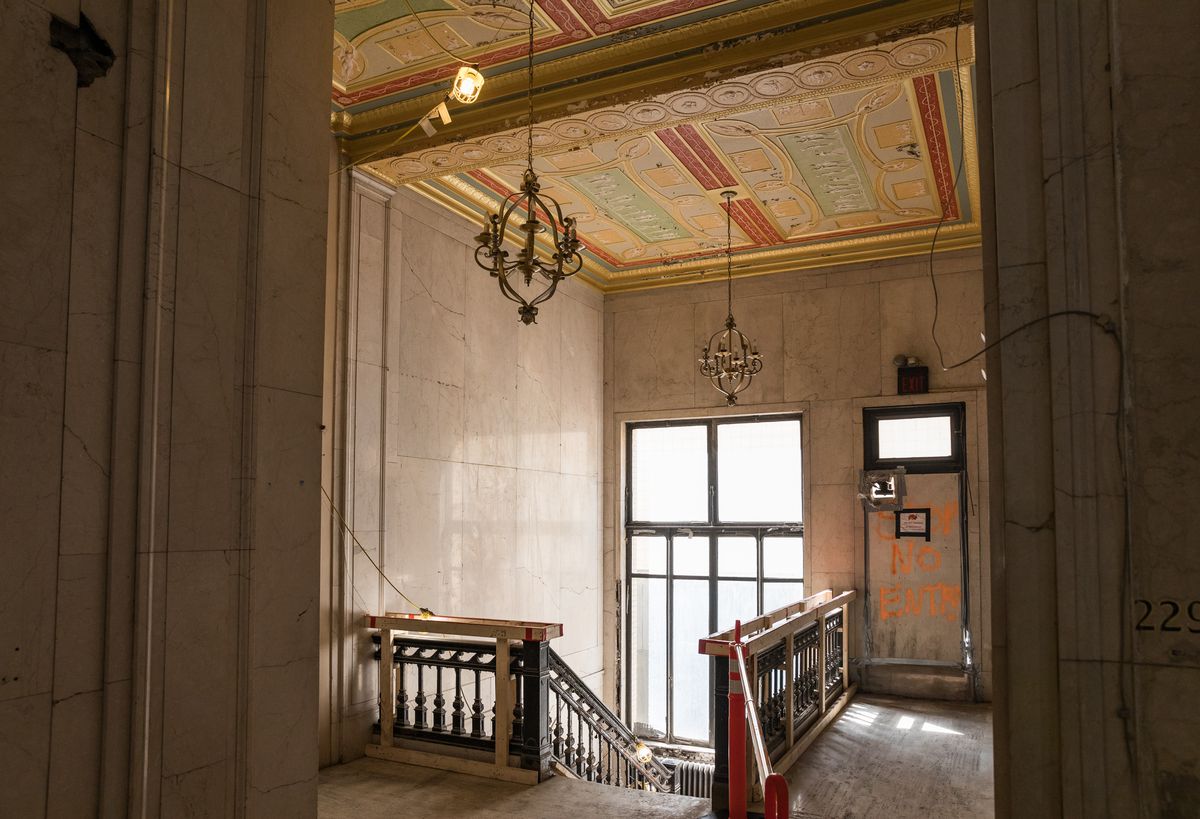 The stairs to the 2nd floor. 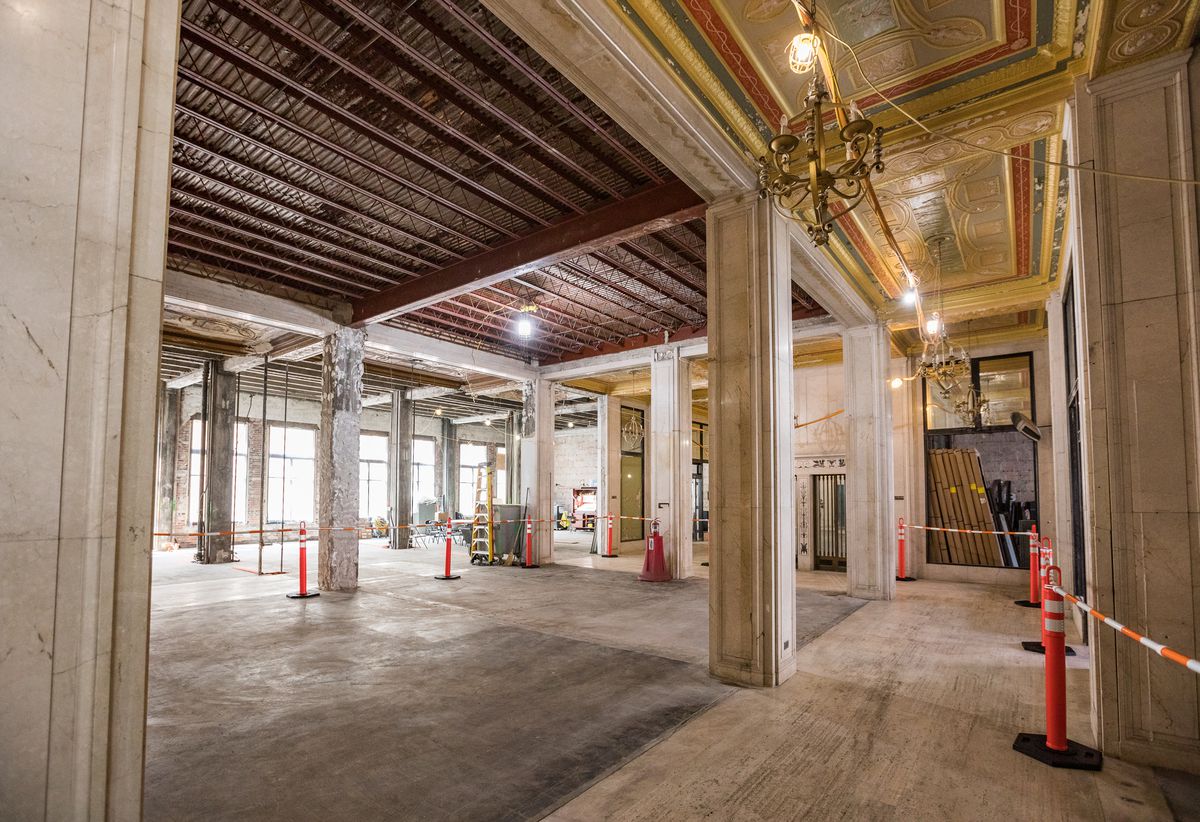 A look at the 2nd floor. 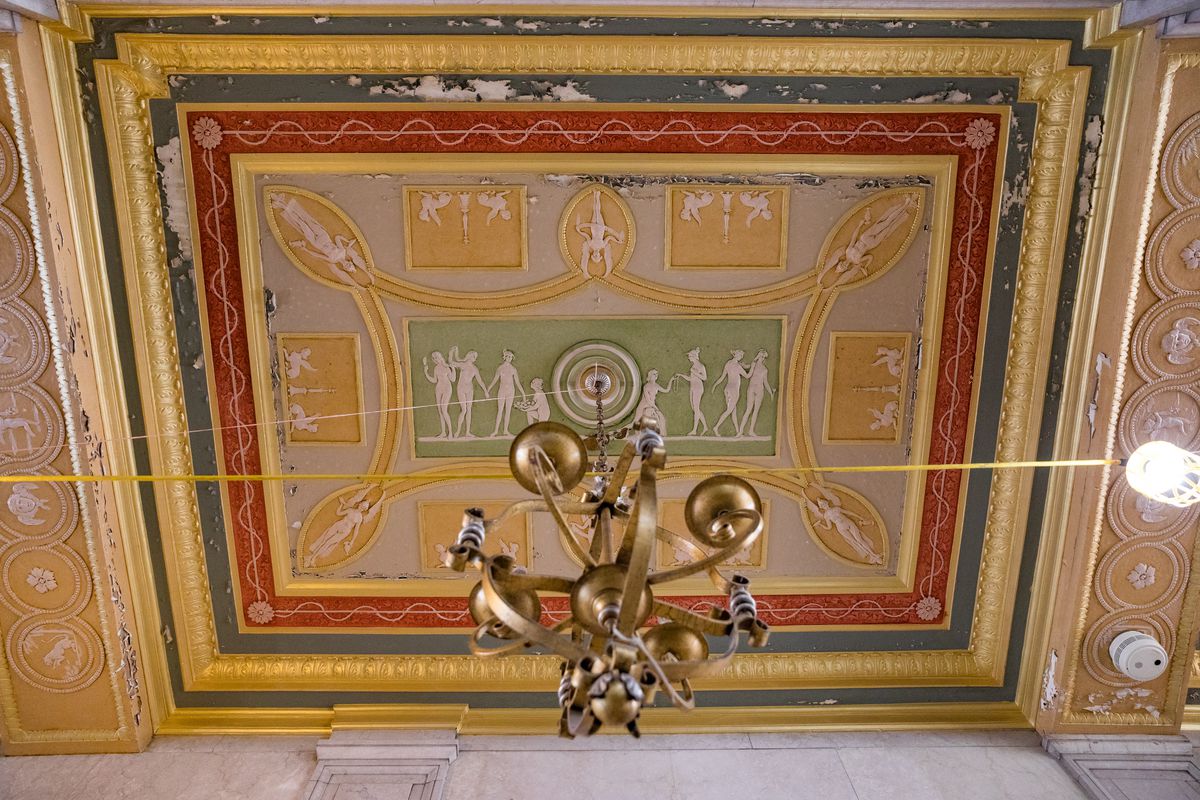 Impressive details in a ceiling tile. 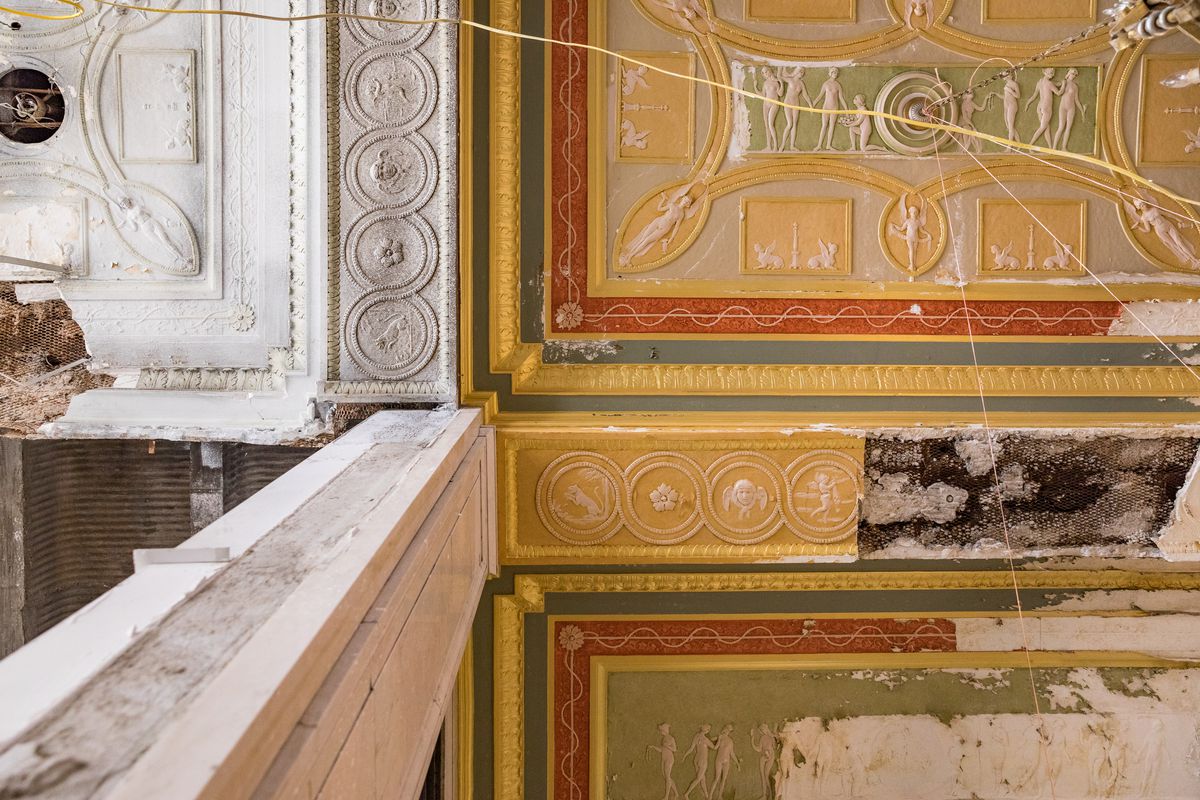 Much work will be required to restore the decorative details of the book tower. 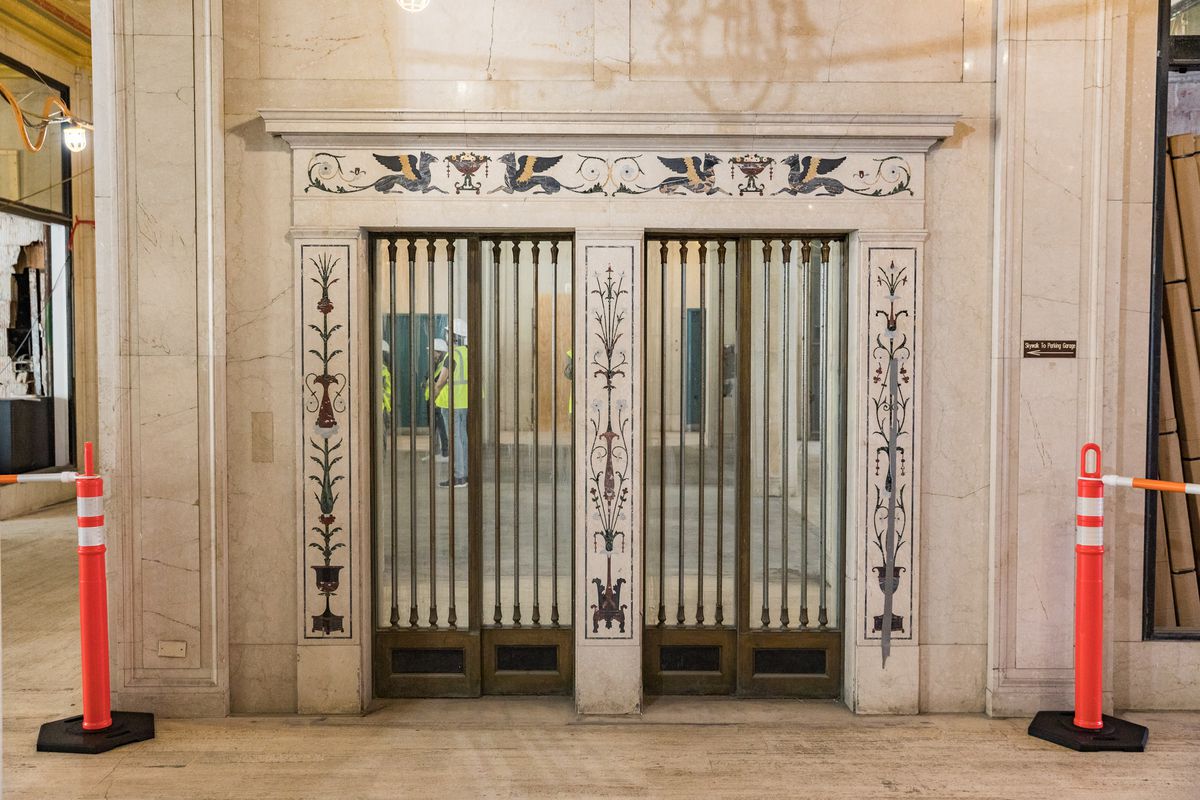 Decorative “elevators” on the 2nd floor. There is only one hallway behind them. 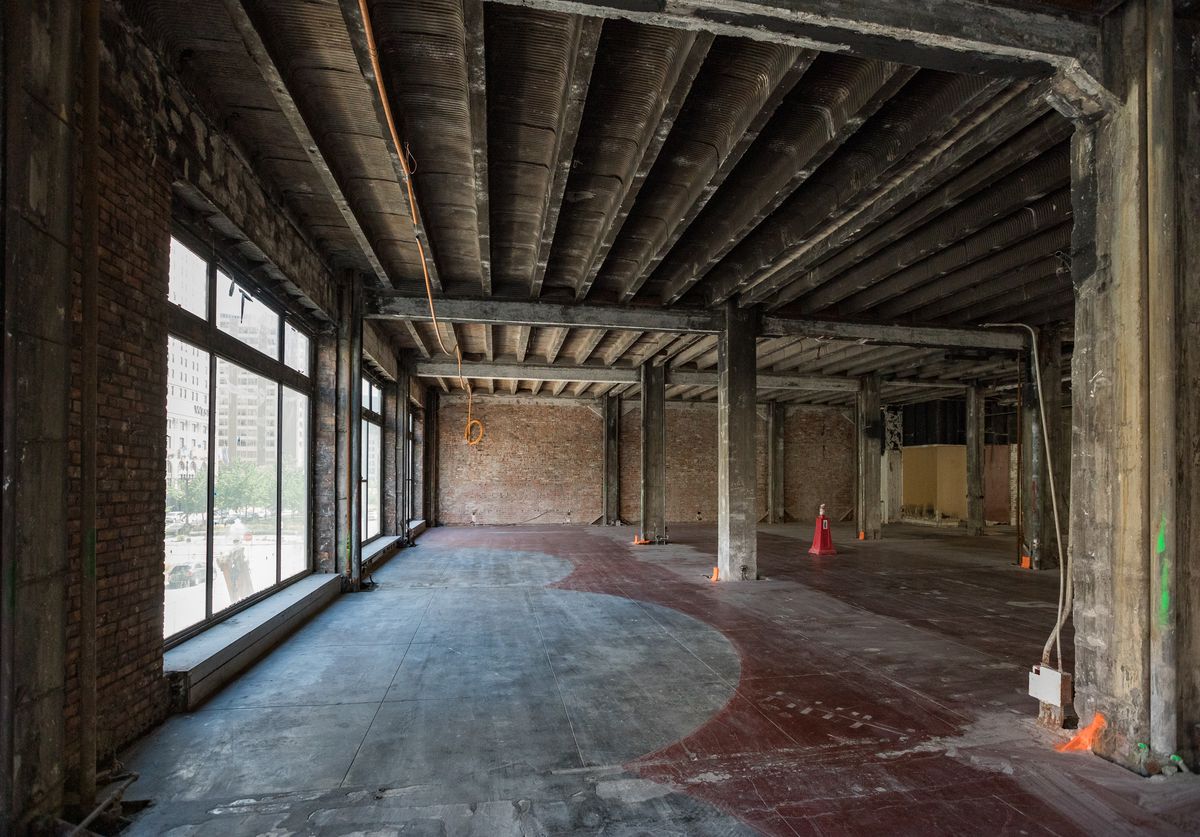 A view from another side of the 2nd floor. 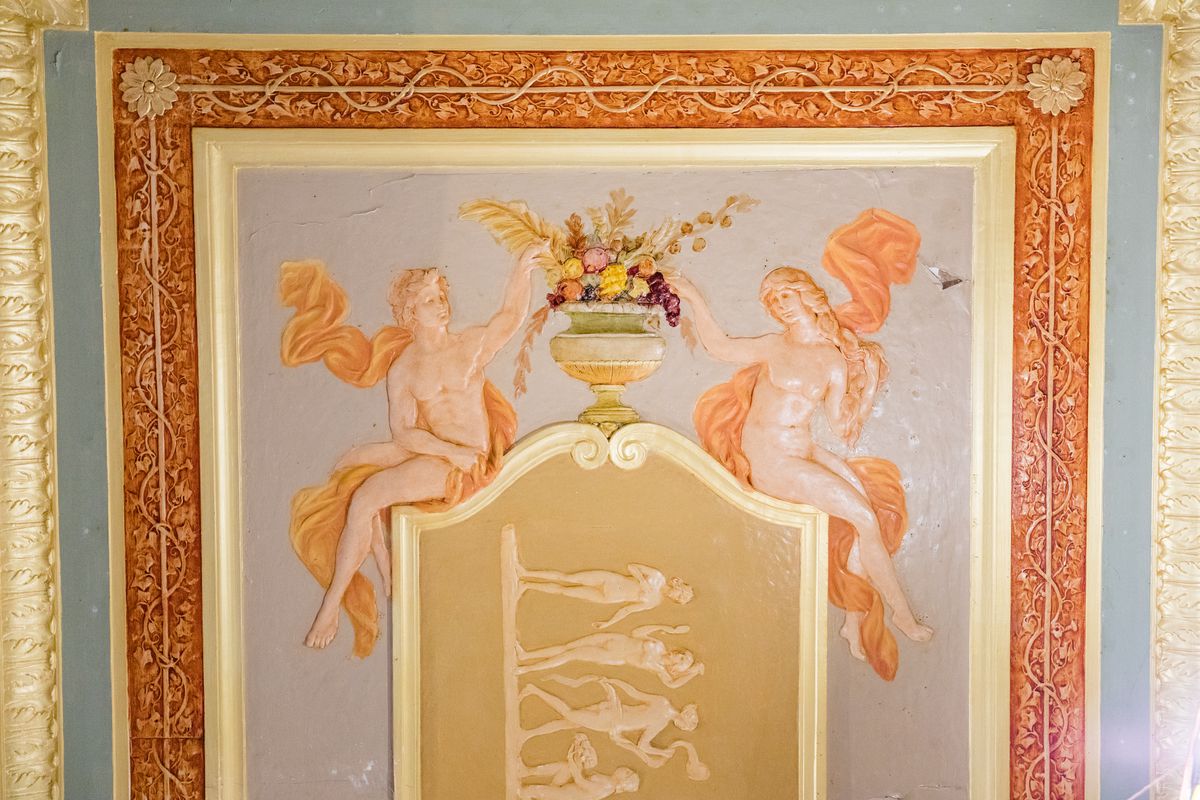 A close-up of some of the painted figures. 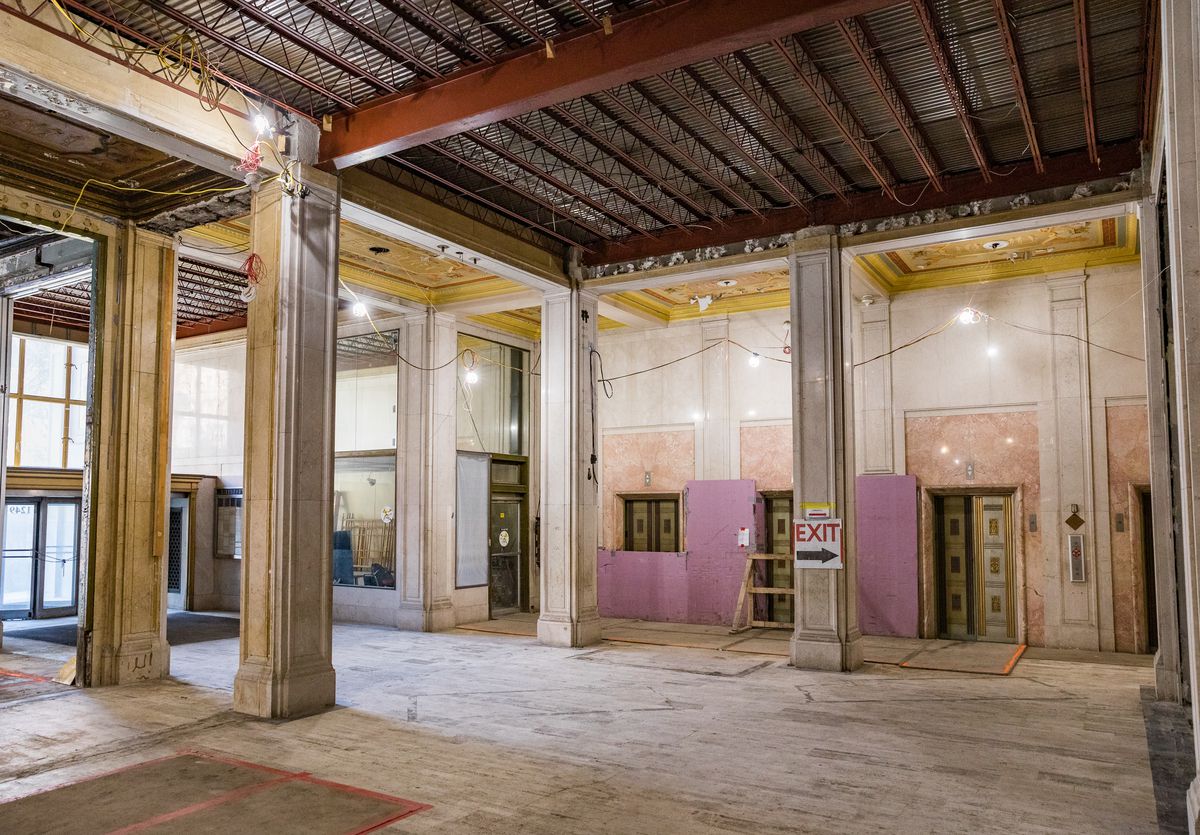 Real elevators and the front entrance. 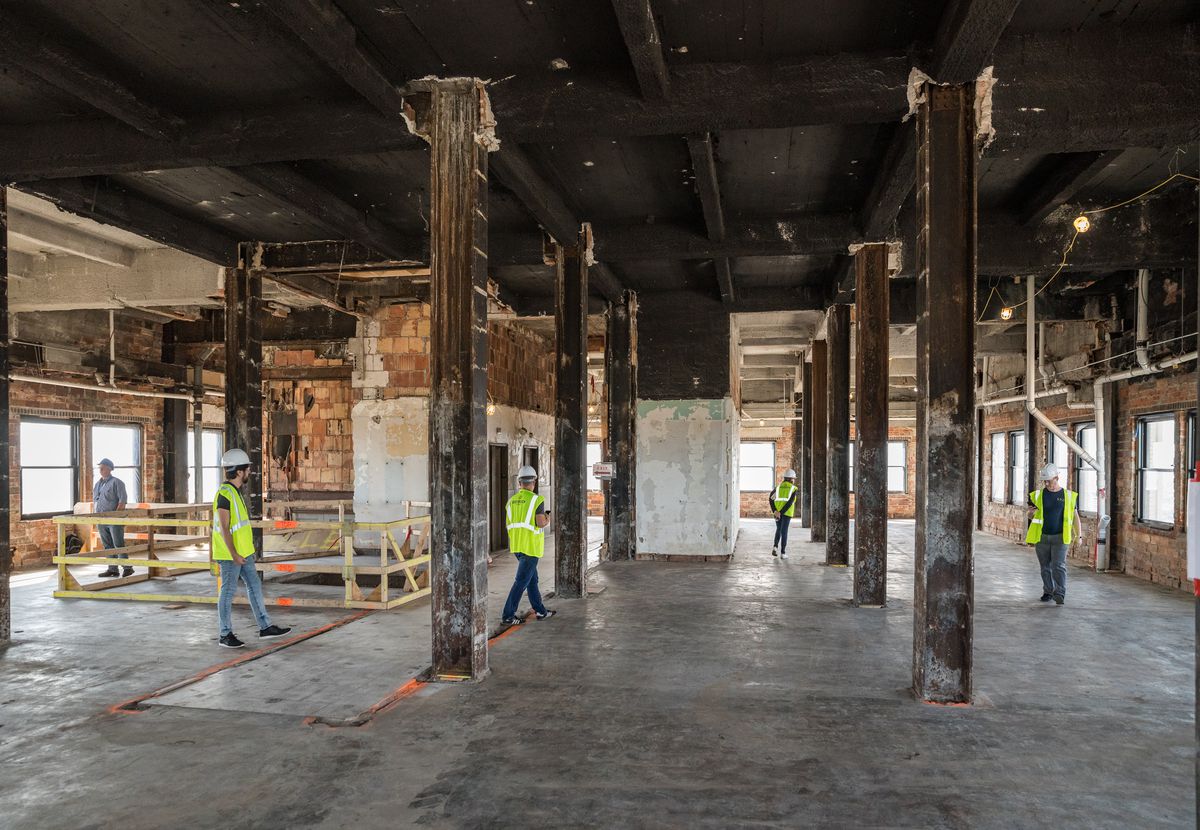 The 32nd floor of the book tower. 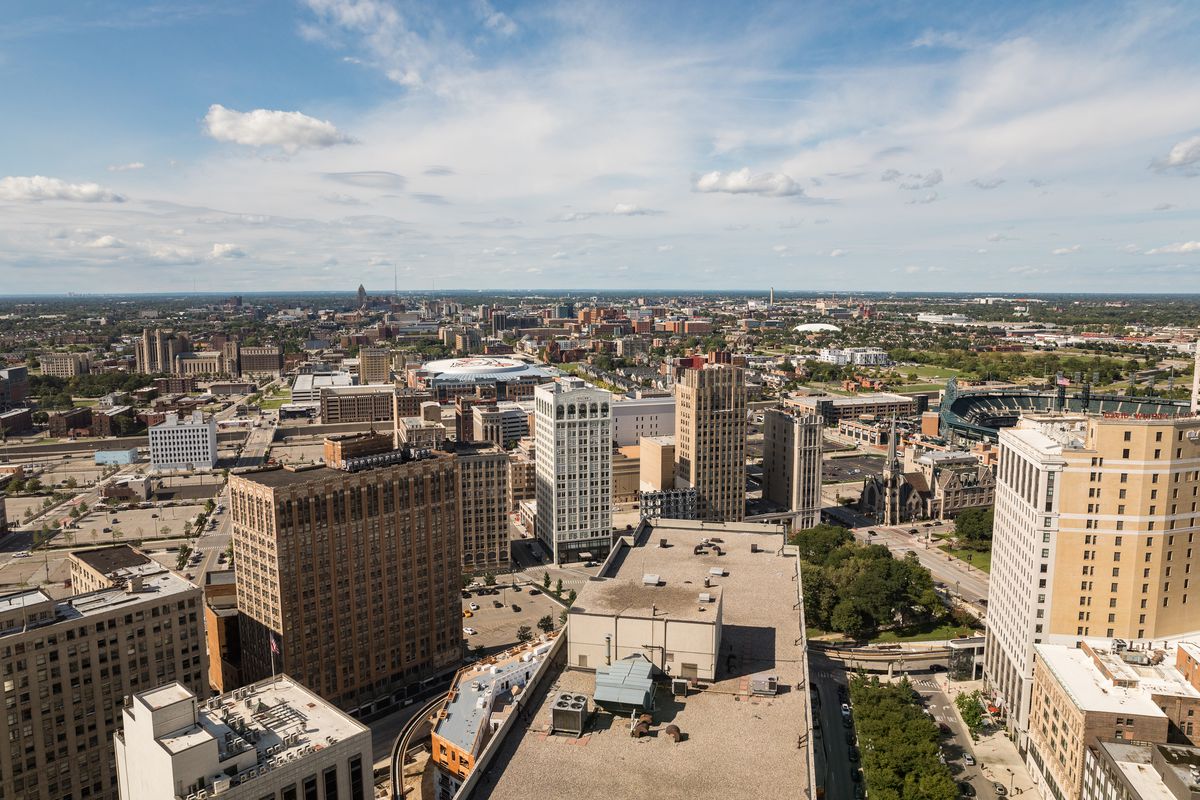 View from the 32nd floor. 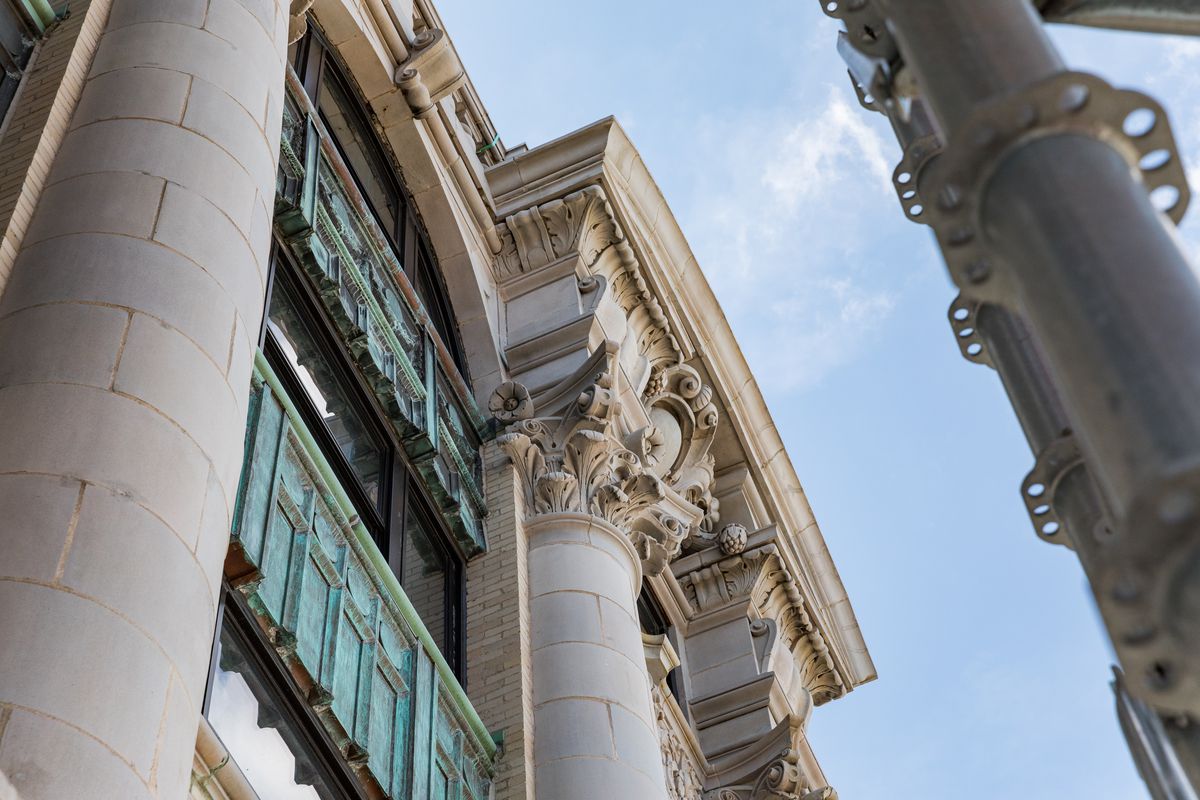 Details of a Corinthian column near the top of the book tower.