Since its launch in 2014, Oh So Radio has been the premier media source for the millennial demographic across the Detroit metropolitan area. The independent Internet radio broadcaster and marketing center has caused a huge stir. It is known for hosting the most talked about events in media, music and sports. Oh So Radio has now been renamed Oh So Media Group, with a new agenda that goes beyond podcast radio. Behind the Oh So Media Group is a powerful force that continues to expand the reach of the company to meet the needs of all millennial professionals.

Meet Randi Rossario, CEO / Founder of Oh So Media Group. Dubbed the “Queen of the New Detroit,” this 26-year-old enterprising entrepreneur is a force to be reckoned with and determined to make Oh So Media Group part and parcel of the rise of the new Detroit. Rossario is preparing her company for what the new Detroit needs by providing a home for all radio personalities, photographers, musicians, models, journalists and entrepreneurs. It becomes a full-service, independent media company for the city of Detroit. Oh So Radio broadcasts 24/7-365 and offers multiple advertising opportunities both online and online. Oh So Media Group unveiled its transition to the public last month and also debuted its first issue of Oh So Magazine and Professional Photo Studio. 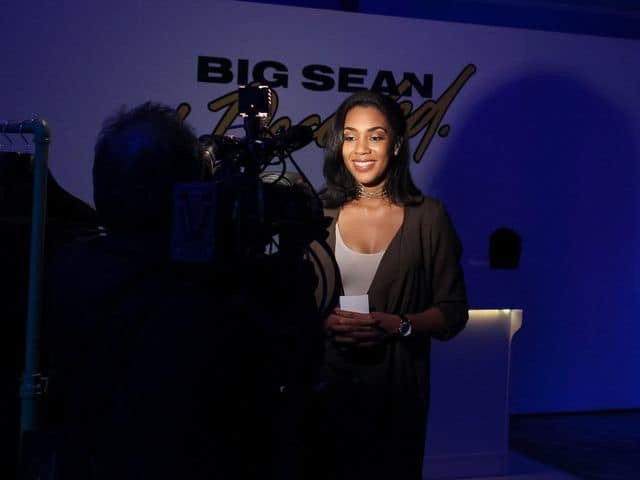 Rosario prides itself on being the strong-willed businesswoman she is today, making Oh So Media Group the best in its class. As Rossario and her team at Oh So Media Group rub elbows with celebrities like 50 Cent and maintain a close relationship with Detroit-based Big Sean, they’re working hard to attract more clients in order to become the number one media hub for celebrities.

During a one-on-one interview with an introduction, she shares more about her plans and visions for her company. Read what she says below.

Who is Randi Rossario and what brought everyone to the Oh So Media Open House?
I’m a media talent and entertainer from Detroit, and basically we introduced Oh So Media Group, our parent company, into everything that falls under it. So it’s Oh So Radio, Oh So Photo Studio and our brand architecture firm Go Get Social Now. Basically, what we are doing is just providing a more professional foundation for our actual businesses and the services we offer.

How was this opening different from the previous openings you had in the past?
The difference is now more in laying the actual brand foundation and introducing our digital magazine for the local lifestyle, food, entertainment and things like that in Detroit. I feel like we’re going through a graduation phase because we’ve been like a college student in the past and we’re just getting started. Things change just a little different when you become a high school student. Now we have customers who are companies, we have customers who are consistent, and the numbers on the shows are increasing too.

So what exactly is / was Oh So Radio / Media Group?
Oh So Radio is an internet radio company. We started in 2014 to enable other radio personalities to build their brand and work on their craft. I started on the radio and one thing that struck me is that you either have to know someone or do extra stuff to get your foot in the door with radio stations and I don’t think that’s fair. Media talent deserve a place where they can actually learn how to really be on the air and learn the new wave of entertainment. I took people who wanted to be in media entertainment and taught them various aspects and showed them how to improve their craft.

Why did you choose to make Oh So Radio a media company?
Just because we honestly always offered those services overall, but it just wasn’t on that scale. When clients come to me regularly for web development and promotion, I want them to see a professional portfolio and website. I received a call from Google. They say, “Oh, you have photography and these services, but I look at your website and don’t see it.” First of all, you want people to see what services you are offering if you want to continue to be successful. Our website has a breakdown of who we are, our shows on air, prices, etc.

I noticed that you have a campaign against alcohol and driving. How did that happen?
So Antidrunkdriving.com is actually linked to Ohsoradio.com. I have always been an advocate of alcohol use and driving, but in 2011 my husband was killed by a drunk driver. I knew I would speak out against it, but I didn’t know how.

What do you think is the current media demand in Detroit?
I think Detroit just needs professionalism (laughs). But as far as we are contacted … podcast. I think what people don’t realize is that you have to WORK as an independent media platform. Even outside of the radio. I think social media has given this generation the impression that everyone has an obligation to fuck you and they aren’t. Nobody has to support you, but you have to make sure your ducks are okay so they’ll want to fk with you no matter what.

What is your main goal with the new and improved Oh So Media?
My main goal is to make it work and not spend as much time on it. Not in the sense that I’m moving away from it, but in the sense that because of the way the professional foundation is being laid, I feel that if people need our services, it just has to be done on my own initiative, if I follow them because it will happen to our team members, website, etc.

Where can our readers find you on social media?
Randi Rossario across the board and “theohsoradio” on social media. Also download the Oh So Radio app.