ROSSETTI has presented its design for a planned development in downtown Detroit on the site of a currently unfinished prison. The project includes a new MLS stadium with 20,000 to 25,000 seats, a training facility, a retail area, a parking structure for more than 5,000 cars and four towers programmed for a hotel as well as residential and office space. 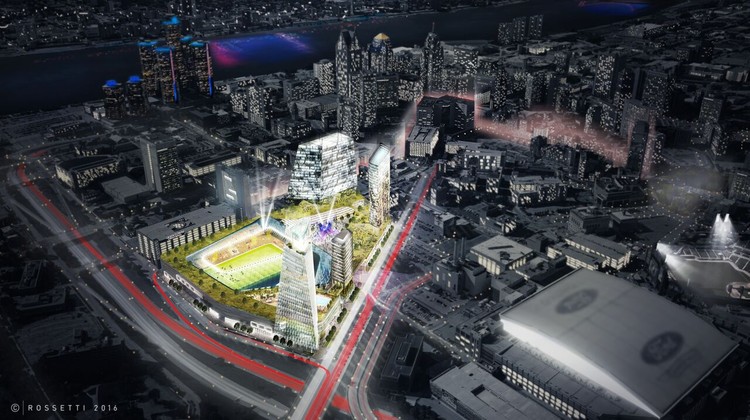 The proposed new gate aims to transform this area of ​​the city into a sports, entertainment, retail and hospitality destination, balancing open pedestrian streets with a “world-class urban environment for the city”. Once completed, the site will serve as an anchor for the future 300-hectare entertainment district. 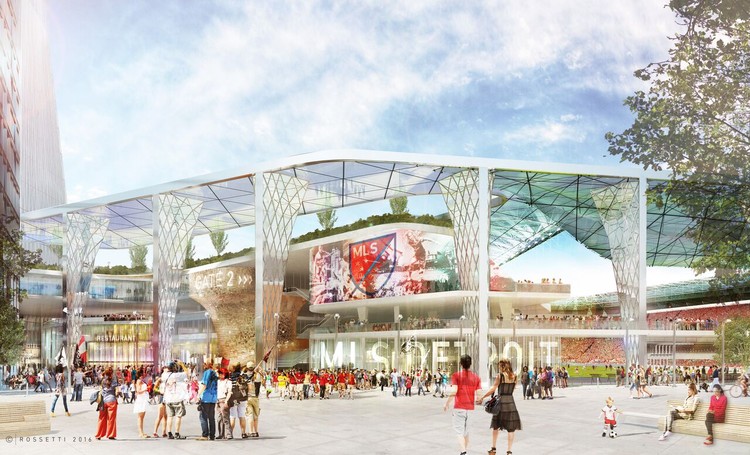 “Porosity and the creation of an uninterrupted experience between public space and physical buildings are at the heart of the project design,” said Matt Rossetti, a native of Detroit and CEO and President of ROSSETTI, in a press release featuring nature, people with habitats, sports with culture . We strive to ensure that all anchor developments facilitate the movement of pedestrians horizontally and vertically through a podium in the green belt. “ 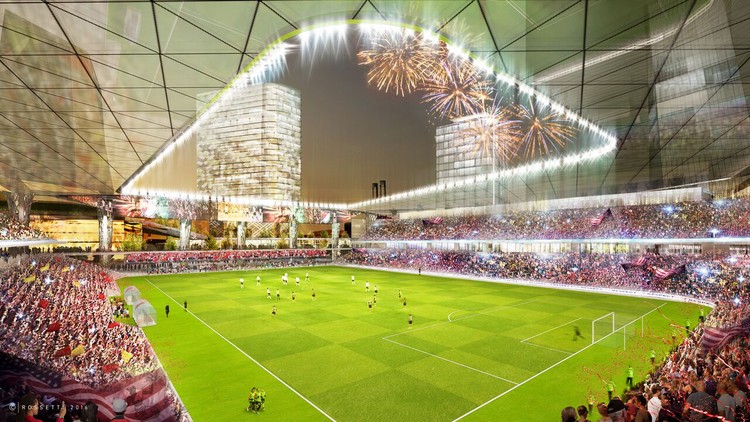 The above podium can be used by the public from the ground up to the rooftop nature trail that runs approximately 8 to 10 blocks long and connects the four towers. Large public squares enable different programs throughout the year and create a sense of community in the new district.

The development will also restore the city’s infrastructure on a larger scale by creating a link between the center of downtown and the east market.

The design was commissioned by Tom Gores, owner of Detroit Pistons, and Dan Gilbert, owner of Cleveland Cavaliers. The next steps in the development of the project include further discussions between the City of Detroit, Wayne County, Rock Ventures, Platinum Equity, the MLS, and other stakeholders.

Find out more about the proposed project here.