If you’ve recently visited the Shinola website, you may have noticed a new women’s watch called The Gail.

Shinola was inspired by Emily Gail, the creator of the “say nice things about Detroit” motto from the late 1970s.

Before shirts with Pure Detroit, Everybody vs. Detroit and De2Roit (thanks Detroiters!) There were the shirts and bumper stickers “Say Nice Things About Detroit”.

The idea was more than just a simple motto. Emily Gail, the former owner of three stores in town, including an office supply store in the Penobscot Building, also started the Emily Run, which took people down the streets of downtown Detroit. She highlighted the city where the majority of people just walked in for work and then went straight to their car and ventured into their suburban life.

“The Gail is a celebration of the positivity and pride Emily had and continues to have today,” said Daniel Caudill, Shinola’s creative director. “It’s a nod to the people who, like you, continue to make Detroit great. 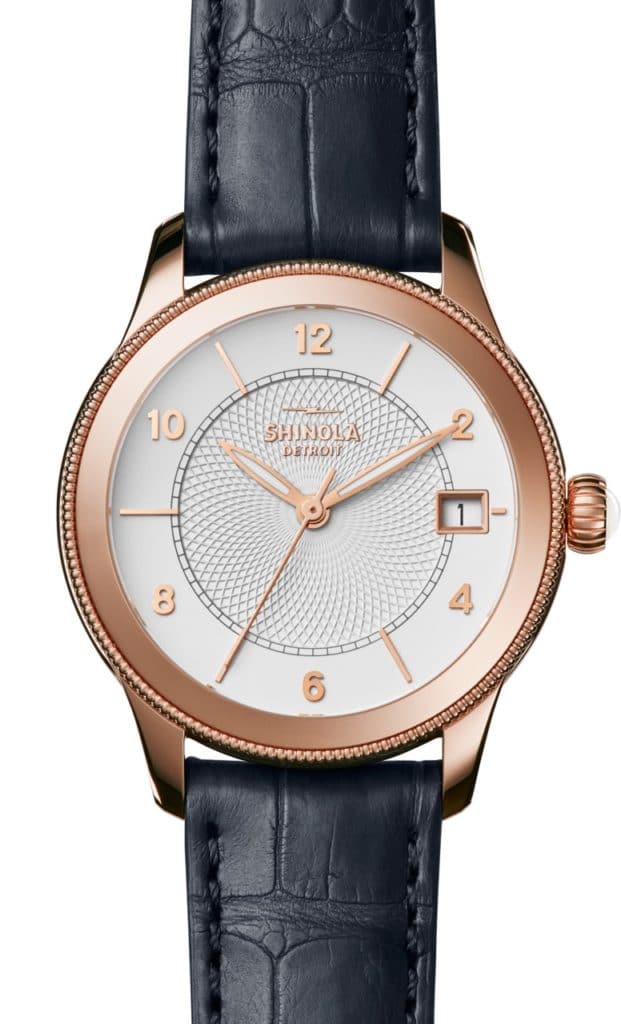 There are five different styles in the Gail line. They all have an Argonite 715 quartz movement, an intricate detail on the dial, a coin rim bezel, and a mother-of-pearl on the crown.