Something strange happened in mid-2019. It seemed like 25 percent of Detroit’s millennials had risen and moved to the west coast. Some left to enjoy entertainment or the arts, others to start new jobs, and probably all of them left because they’d said, “This is my last winter here” a few months earlier, and held onto it.

Count me one of those millennials, even if I’m on the older end of the spectrum. In August, I took a journalism scholarship from Stanford University, preparing to live outside Michigan for 10 months, the longest I’ve ever lived anywhere other than Detroit. I didn’t want to stay any longer, but it all happened and I’m here indefinitely. Yes? No? Could be? I could go home, but do I want to get on a plane? Am i waiting for a vaccine? I try not to ask myself these things 20 times a day because my bank account twitches every time I pay the rent for Silicon Valley.

Like many Detroit to California transplants, I’ve longed for favorites in my hometown. In a different timeline, I could have sneaked into Detroit for a long weekend and gathered at local restaurants to solve our problem. But as we step into the day we are now in, I saw my social feed change to “Man, I wish I had ______” when we had our third homemade meal of the day with ingredients dated Prepare the next Smart & Final. This means that for your Detroit folks who are reading now, we need your help to keep some of our favorites open until we get back.

Fortunately, many places at home are still performing and delivering, which means you can assist them in the meantime. Here in California, we’re not without Detroit staples. I can still find Vernors in upscale markets, Bell’s has expanded into that region, and Faygo and Better Made will ship everywhere. But there are certain things in Detroit – and the memories that come with them – that I long for, and I hope they are still there when I return.

I will always be one of Belle Isle Pizza’s greatest cheerleaders, and not just because I used to live across the street. I just love how it manages all of these fantastic combinations in a humble store, and it feels accessible without being pedestrian. The staff knew me by name – and when I ordered: 7 Villages Pizza (it has to be deep, but round is fine) with steak plus two glass bottles of Redpop. And – here’s the key – it heats up nicely. Get a big pizza and eat it for every meal throughout the day. You’re not going anywhere.

One thing I had to do a lot in California is explaining that for Detroiters, corned beef isn’t just a once-a-year St. Patrick’s Day thing. (And just try to explain the concept of Asian corned beef.) We know corned beef sandwiches are a legacy in town. This can be seen in how shocked Detroiters far and wide were when we learned that one of the earliest victims of COVID-19 was Mr. Fo-Fo himself. Aside from how many corned beef sandwiches I’ve had over the years, it’s still a surprise to bite into one every time. The way the mustard hits. How full these sandwiches are. The right proportion so that it is not too salty but still tender. What if the bun doesn’t get too moist either? Listen.

A long, long time ago, when Renaissance High School was in the old building and students weren’t required to wear uniforms, my mom would pick me up after school, and sometimes, as a special treat, we would walk a few blocks down to the Caribbean Citchen on the way home Get beef patties for a snack. As an adult, I visited Caribbean Citchen a lot. it has the same interior after all this time. The crispy exterior of the patties and the warm, flavorful meat inside still meet. Most of the West Indians flocked to the eastern portion of the United States, which means that there is a serious shortage of Caribbean food in this part of California. Detroiters need to appreciate what they have.

Literally everything in the Polish Village Cafe

Again, this is one of those things that you might not consider until you look at migration patterns in the US, but you won’t find yourself missing out on handmade pierogies and dill pickle soup until you actually need to track down these dishes. Don’t assume that if you live within a 20 minute drive of Hamtramck, you can put any type of meat or potato preparation into a dumpling. You can’t do this at home unless you are actually Pole! (I really want to go to Bumbo here after a big meal too, but unfortunately.) 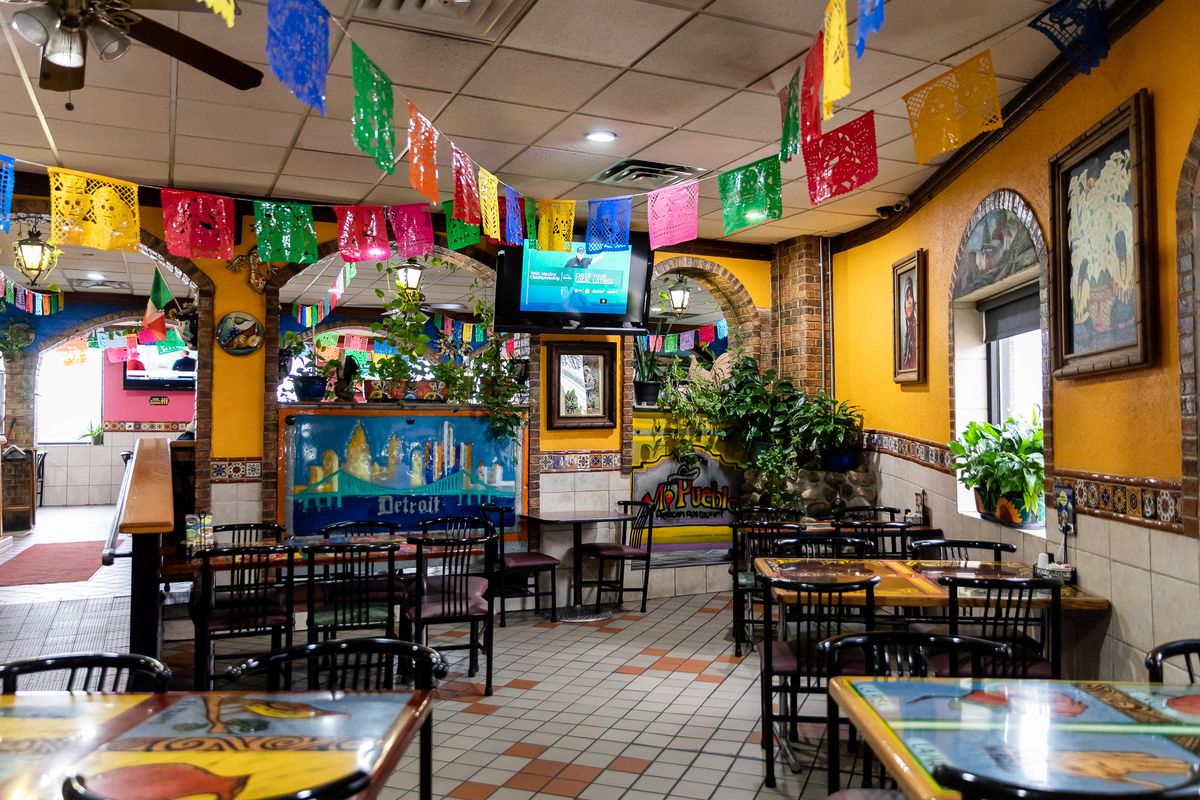 I don’t lack Mexican food in a state that borders Mexico. (A lengua burrito at El Farolito in the San Francisco Mission District will change your life, by the way.) However, I fear that while California will always have its Mexican locations, Detroit could lose some of its favorites if the economy doesn’t. not recover. Take it from me: Taqueria Mi Pueblo makes some of the best tacos in Detroit. Without customers filling the original dining room, the restaurant will need people to keep ordering their food. Do it for me so if I get back to town at an unspecified time I can have a Mi Pueblo lengua taco again.

We all make broth, right? Seriously, if your friends haven’t posted an Instagram story about at least one pot of simmering vegetable scraps, are you protecting yourself on the spot? But no broth can compare to what Ima’s kitchen crew put into theirs. This group of restaurants still operates in Midtown and Madison Heights. However, let me tell you about the Waldramen, the secret weapon on Ima’s menu. It’s all veggies, but I always add either pork, chicken, or – if I want to spoil myself – lobster tail. You don’t have to add anything yet. It’s rich, warm, and for lack of a better expression, earthy. I feel like Mother Nature herself rubs my stomach with every spoon. I want to physically live in the forest and look for different mushrooms after eating. 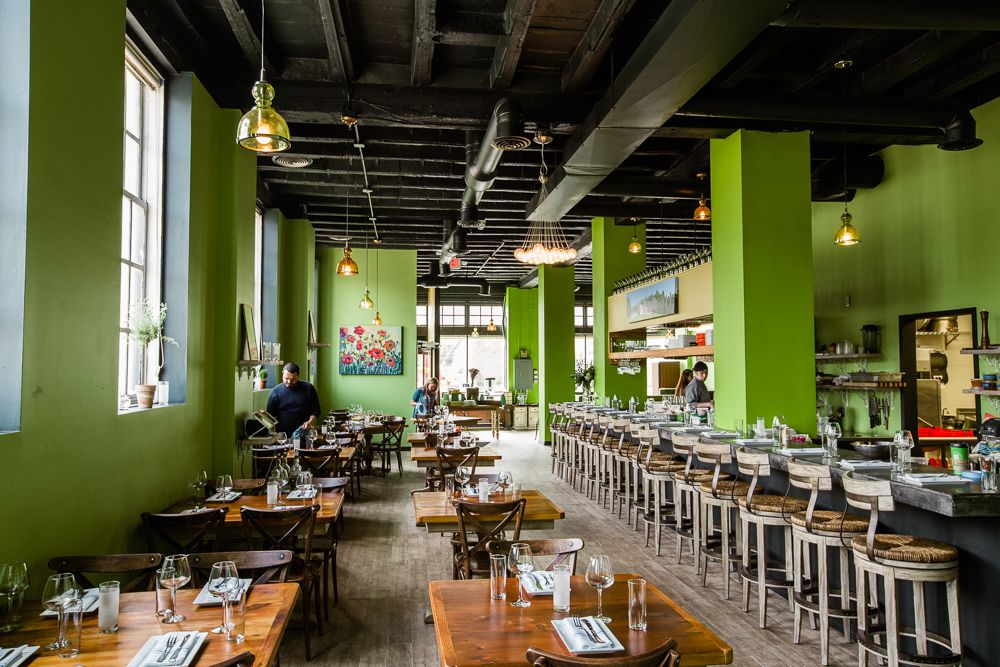 What I wouldn’t give to be on an awkward Tinder date at my favorite Detroit restaurant. I’ve always considered Chartreuse the best of the new wave because not only is it consistent, but everything – anything – is a hit on the menu. Plus, I’ve always appreciated how friendly the service was. All of us Chartreuse fans are familiar with the twice-boiled egg, and it seems like it should be easy enough to make at home. Is it an egg and you boil it? Twice? But we all know better than to try this in our own kitchen (and where do you even buy salty cheese in the middle of a pandemic?). So order one as a starter with something else on the menu that you can take away right now.

If it’s up to you, sir, we’ll be having basement parties again where we don’t have to socially disassociate ourselves over a giant foil pan with wings next to pitchers of Everfresh orange and cranberry juices and cheap vodka while we play spades. We’ll have Captain Jay’s wings – and nothing else, except maybe french fries – at work when we get back to the office. But until then we will only be satisfied with pick-up orders. In Jesus name we pray, amen. 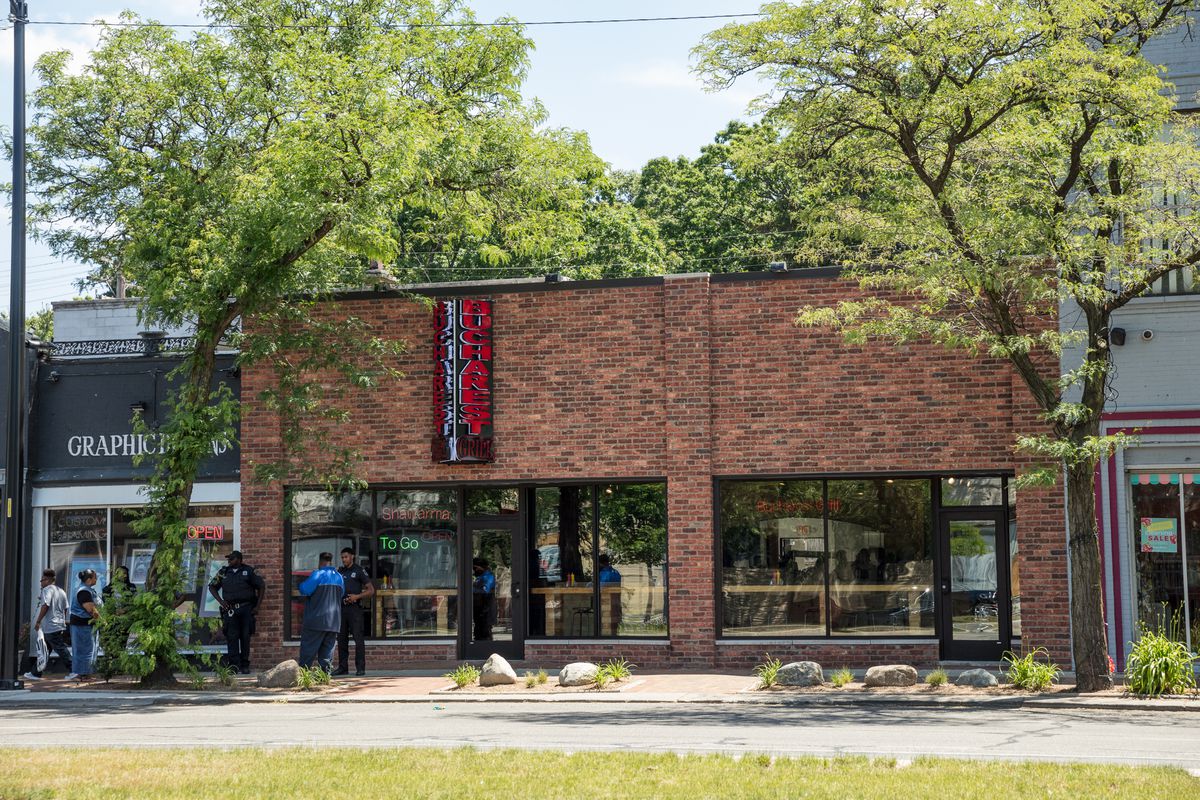 However, let’s talk about hangover foods. I was surprised to learn that in “these unprecedented times” the clique is still doing something. Just sat here and thought about how different a dinner dinner is when you’re trying to avoid eye contact with people running for public office or judging night owls who are still having their club seizures from the night wear beforehand. Now the chorizo ​​omelette is something special because while you can (not) try it at home, the one at Clique is so filled with meat and cheese that it stands out from the typical breakfast ingredients.

I don’t even have to do a survey of all California transplants to confirm this is what we all miss the most because I’ve seen it mentioned more than any home meal. Shawarma isn’t that hard to come by on Metro Detroit; There are a plethora of options available nowhere else in the US. So why do we keep coming back to Bucharest? I don’t want to put it above a Middle Eastern location (the restaurant’s recipes are actually based on Romanian street food). My theory: the convenience, the price, and the garlic sauce. The fact that right now I can almost see myself driving to the Jefferson location and blasting next to Polaris Slingshots and Harleys Kem to get a beef kebab. Or how Bucharest organizes an otherwise boring conference or an external working meeting to destroy the monotony. Or try to eat messy leftovers. Or not even get mad if your order is wrong because it will still taste great. We need to keep all of these restaurants alive so that some of these mundane things won’t just be remembered when we return to old Detroit.

Aaron Foley is the author of How To Live In Detroit Without Being a Donkey and the editor of the Detroit Neighborhood Guidebook. Prior to being named chief storyteller for the City of Detroit, Foley was the editor-in-chief of BLAC Detroit Magazine. He is currently at Stanford University and is participating in the JSK Journalism Fellowship.